Yesterday I took my best shot at Group B, today we ride that momentum into Group C.  Keep reading and getting your World Cup IQ up in time for the tournament.

BACKGROUND/QUALIFYING — England is the birthplace of the game and the English pride themselves on this fact. They consider themselves one of the world’s best soccer nations, appearing in 12 previous World Cups, but have only won once, in 1966 when they hosted. This time around expectations and confidence are high as England look to regain their international renown.

Under new coach Fabio Capello, England dominated their qualifying group, finishing first and amassing 27 out of a possible 30 points. After the disappointment of failing to qualify for Euro 2008 thanks to a loss to eventual group winners Croatia, England jumped at the opportunity in qualifying this time around for the World Cup. They beat Croatia 4-1 away and 5-1 at home while their only loss came in Ukraine after already securing their ticket.

PLAYERS TO WATCH — Just like all the other big boys, England’s players are the most well-known in the world. Wayne Rooney (Manchester United) is the poster boy for a nation and had a fantastic club season. He has been been nursing a groin injury over the past couple of months and his fitness has been called into question even though it looks as if he will play.

The big question is who will play alongside him. Jermaine Defoe and Peter Crouch (both Tottenham) appear to be the front runners, but Emile Heskey (Aston Villa) has the size to hold the ball up, something Rooney plays well off of. The problem with Heskey is that he didn’t even start at the club level, so it raises the question of whether or not he can cut it at the World Cup. On the other hand, he probably has a little more left in the tank after the long European season, so it’s a toss up.

Either way, Crouch is one of this year’s prized possessions because of his ability to enter a game as a substitute and impact immediately on set pieces thanks to his tall and lanky frame. He routinely puts himself in good positions to score and often doesn’t disappoint.

England has a strong midfield with names most have heard of like Steven Gerrard and Frank Lampard. But watch out for youngster Andy Johnson (Manchester City), a quick winger who has a wicked left foot and delivers a beautiful cross. He may be a long shot to make the final squad, but Capello has taken a liking to him and he is in form. Coaches love in form players for short tournaments like these.

Lastly, Garreth Barry (Manchester City) appears to be ruled out due to injury. The holding midfielder was crucial in Capello’s plans and now either Michael Carrick (Manchester United), Scott Parker (West Ham) or James Milner (Aston Villa) will deputize. Carrick hasn’t impressed of late, so the role may be left for Milner, who as recently as last year was a winger. His versatility may decide whether or not England challenge for the title or fizz out in the knockout phases.

SNUBS — Bobby Zamora (Fulham) had a fantastic season, scoring over 20 times in all competitions. He is big, has good ball control, and can hold the ball up. He could have been the perfect partner for Rooney but we will never know. He had been battling injury towards the end of the season and that may have been the cause for his omission.

There is a lot of hype for this game. Especially in England, where the press are heaping huge expectations on their team. If England comes out against the United States as they did in a recent friendly, the Yanks won’t stand a chance. England at its best has the class to play with anyone.

But if they don’t secure maximum points, confidence could be low and Algeria and Slovenia could get the idea in their heads that they too can compete. In all reality, this group should be a walk in the park for the British.

BACKGROUND/QUALIFYING — The United States has been in every World Cup since 1990, but only twice advancing out of the group stages. The quarterfinal appearance in 2002 is the best they have ever done in a World Cup and they nearly beat the Germans, losing 1-0 on a Michel Ballack header.

After a dismal showing in 2006, the United States has high expectations for themselves this time around. The entire nation turns their eyes to the soccer world only once every four years and the Yanks can’t afford not to capitalize on this exposure. Anything short of advancement from the group will be a disappointment.

America finished first in CONCACAF qualifying. They were less than impressive at times, losing to Mexico and Costa Rica on the road and winning a number of games by smaller margins than they should have.

PLAYERS TO WATCH — The two most exciting players on the United States are Clint Dempsey (Fulham) and Landon Donovan (LA Galaxy/Everton). Both like to have the ball at their feet and make things happen, evidenced first by their 2009 Confedation Cup performance and afterwards with strong club performances in England.

With the injury to Charlie Davies (Sochaux), who was in a near-fatal car crash outside Washington DC in October, Dempsey will most likely move from his favored left midfield position to a deep lying forward paired with imposing Jozy Altodire (Hull City). If any of the other young forwards step up in the next week and prove they have the talent to be the final link, Dempsey will gladly slide back to midfield, where his runs forward would be most effective.

The Americans have a deep midfield, so their success lies on the abilty of a beat-up back line to keep the ball out of the net. Oguchi Onyewu (AC Milan) has been out since October with a knee injury and has only recently begun playing at full speed. Captain Carlos Bocanegra (Rennes) and Jay DeMerit (Watford) have also been nursing injuries and need to be fully fit for the United States to have any chance.

Watch for center midfielder Jose Torres (Pachuca) to see serious time because of his ability to keep posession and distribute. He was a driving force in the United States’ second half resurgence against Turkey on Saturday and plays similarily to other diminutive midfielders Inista and Deco. If they aren’t hampered by their size, Torres showed he isn’t either.

I tried to avoid overlapping the important teams from each group, but this time it is inevitable. If the United States can earn at least a draw with England they will progress. Guaranteed. It will give them the confidence to take on their lesser opponents.

The other thing the Americans have going for them in the opener is that all the pressure in on England. Nobody expects them to do anything against their illustrious opponents, which makes the game a free role. They literally have nothing to lose.

Even if they lose, this game is important, because they don’t need to take points from England to advance. They need to beat their other two opponents. As long as they play well against England, they are in good shape. Points are an added bonus. 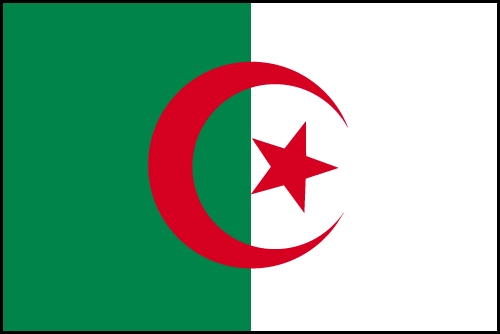 BACKGROUND/QUALIFYING — Algeria’s last World Cup appearance was in 1986 and they have never gotten out of the group stage in two tries. This time around, “The Desert Foxes” finished tied for first with Egypt in qualifying and won a tiebreaker to return to the big show. They impressed at home, winning all of their matches, but were suspect on the road, winning only once.

Algeria have won the African Cup of Nations once, in 1990, but aside from that have done little at the international level and this will be there chance to prove their worth.

PLAYERS TO WATCH – Most of the Algerian national team plies their trade in Europe. While few are household names, they play for good teams in strong leads and will be a tough team to beat.

Their strength lies in the midfield and everything goes through Madjid Bougherra (Rangers), the team captain. Nadir Belhadj (Portsmouth), Mourad Meghni (Lazio), Karim Ziani (Wolfsburg), and Karim Matmour (Borussia Monchengladbach) will all get into the attack and will make opponents pay should they fall asleep against them.

This promises to be by far the easiest matchup for the Desert Foxes. England will most likely overpower them in their second game, yet the matchup reminds a little of the Portsmouth vs Chelsea FA Cup final this spring. Two Algerian starters play for Portsmouth – or did before this summer’s fire sale at the bankrupt club – and the Desert Foxes envelope the underdog mentality, so anything can happen.

Nobody is giving them a chance to advance, but they are no slouch and shouldn’t be taken lightly. If they can secure a point or two from USA and England and beat Slovenia, they could sneak into the knockout stages for the first time ever.

BACKGROUND/QUALIFYING – Slovenia is one of the most unknown teams in the tournament. This is only their third major tournament since independence from the former Yugoslavia, following appearances in the 2000 European Championships and the 2002 World Cup. They went home after the first round in both tournaments,

Slovenia finished second in their group in qualifying by two points behind Slovakia. Oddly enough, the Slovenes beat the group winners twice and their only loses came on the road to the Czech Republic and Northern Ireland. They booked their place this summer with an impressive two-leg win over Russia in a play-off, advancing on away goals after a 2-2 aggregate.

PLAYERS TO WATCH – Slovenia may not be well-known, but like Algeria, the other underdog in the group, most of their players see time in the continent’s best leagues. They are organized and don’t give up goals easily, evidenced by the fact they gave up only four goals in qualifying. That number was second only to the Netherlands, who played two less games.

Samir Handanovic (Udinese) is the stalwart between the pipes and had nine clean sheets for his club team in Italy’s Serie A this season. He has an experienced back line in front of him in Miso Brecko (Cologne), Bojan Jokic (Chievo), and Bostjan Cesar (Grenoble).

Milivoje Novakovic (Cologne) is the team’s top scorer and at 30, this is his time to shine. Captain Robert Koren (West Bromwich Albion), an attacking midfielder, will control the game in the midfield and create most of the team’s chances.

The second game in the group stage will be key for the tiny Eastern European nation of only 2 million inhabitants. After a winnable game against Algeria to open, the game against the United States will be their last to obtain points, as they face England in their final game.

They are fully capable of beating both the United States and Algeria and may be able to steal a point against England, however unlikely. It all comes down to their ability to sustain attacks and counter-attack with pace.

Free Diet Advice, Jessica Biel Looking Hot, and Tips on How to Break Up With Her 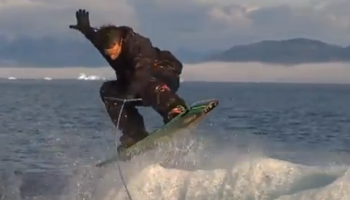 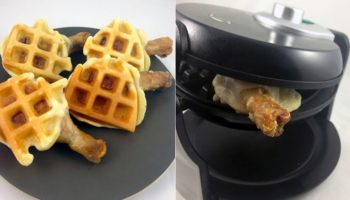 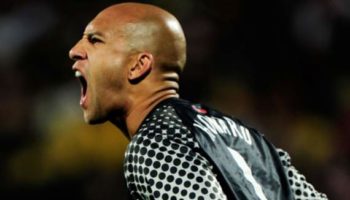 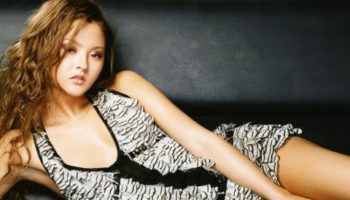 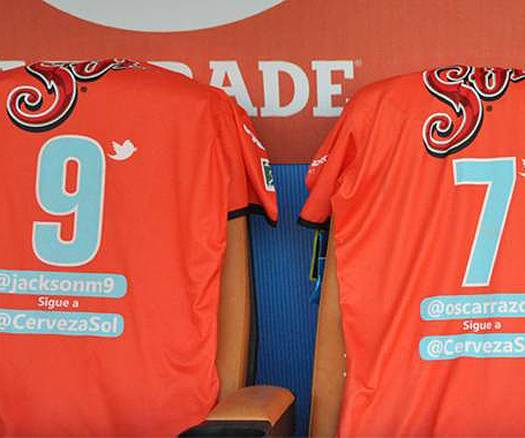