In his final movie appearance prior to his tragic death, Dirty Work, SNL regular Chris Farley portrays a noseless man named Jimmy and steals the show with the line “In the land of the blind, the man with one eye is king. In the land of the skunk, the one nostriled man is king.”  Well Chris, in the land of late night comedy, Saturday Night Live is king.  On Monday we showed you five classic sketches that have helped establish SNL as the unquestioned leader of laughter and today we are here to round out the rest of the list (that needed to be expanded by one since there are just too many hilarious skits to go around).

5a. The Culps (Will Ferrell, Ana Gasteyer)

I’d be remiss in not mentioning a group of skits that my freshmen year roommate and I replayed, over and over again, while attempting to keep the laughter to a minimum for fear of our RA knowing that at the end of the hallway lived two bona fide stoners (say that line five times fast and I guarantee you will slip up and say “stona fide boners”).   The Culp Family Musical Performances featured Will Ferrell as Marty Culp and Ana Gasteyer as his funky wife, Bobbi-Mohan Culp, and the two stole entire episodes of SNL with their portrayal of an awkward, unstylish couple who served as music teachers at Altadena Middle School.  Every now and then the Culps were joined on stage by masters of their intrumental craft such as the celebrated Señor Franklin on jazz flute.  In this next clip, Marty and Bobbi-Mohan Culp fight their own groovy war on drugs.

Saturday Night Live’s proclivity for parody and celebrity impersonations found the perfect partnership in their hilarious series of Celebrity Jeopardy skits. Although originally written to showcase Norm McDonald’s spot-on impersonation of Burt Reynolds, it was Darrell Hammond who stole the show thanks to his uproarious caricature of Sean Connery as a mean-spirited drunkard who delights in antagonizing Jeopardy’s long-suffering host, Alex Trebek. “When I first did Sean Connery I had a really accurate Sean Connery,” Hammond recalls. “It just seemed funnier to me [to do a caricature] and it’s funnier to the writers and it gets more of an audience response,” he explains. “Sometimes they just don’t want to see accuracy; they just want it to be funny.” In this particular sketch, Trebek matches wits with Connery, Hilary Swank and Keanu Reeves as they tackle deliciously lightweight categories like “Colors That End In ‘Urple’,” “What Ears Do” and “Is This A Hat.”

Television viewers received a first-class education in double entendres in this holiday-themed sketch featuring mild-mannered baker Pete Schweddy and his famous Schweddy Balls. Arguably one of the most ingenious sketches in the show’s storied past, this hysterically innuendo-laden skit combined a stellar premise with a dazzling performance by Golden Globe-winning actor Alec Baldwin.

The year 1976 was a big year in the world of entertainment. In addition to giving rise to Saturday Night Live, it was also the year that Blue Öyster Cult went into the studios to record their signature hit, “(Don’t Fear) The Reaper.” In this particular skit, SNL takes viewers deep into that legendary recording session as an overly enthusiastic percussionist tries to leave his mark on the band’s most famous song. Will Ferrell’s performance as fictional cowbell player Gene Frenkle is pitch-perfect, but it’s Christopher Walken as real-life super-producer Bruce Dickinson who really steals the show with hilarious lines like, “I got a fever, and the only prescription… is more cowbell!” The sketch became an immediate pop culture phenomenon and has since been referenced ad nauseam in movies, video games and in television.

Alfalfa may have been the focal point of Our Gang, but Buckwheat has had the most enduring legacy thanks to Eddie Murphy’s unforgettable portrayal of the lovable tyke as a mumbling man-child. In this particular skit, Eddie Murphy, who is equally well-known for his portrayal of Mr. Robinson, warbles through a collection of incomprehensible songs for his album Buh-Weet Sings. “Looking for Love” has never sounded so good.

It’s hard to say what’s funnier about this sketch: witnessing Patrick’s Swayze’s towering feathered mullet or watching Chris Farley’s rolls of fat jiggle rhythmically as he dances to Loverboy’s classic hit “Everybody’s Working for the Weekend.” Either way, the premise of combining this odd couple into the same skit as a pair of aspiring Chippendales dancers was pure genius.

So You Want to Live in NYC This Summer?! 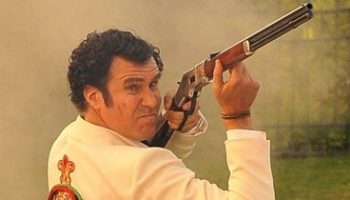 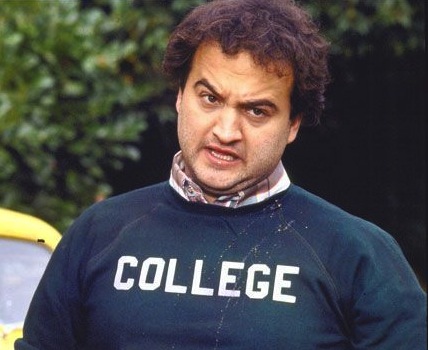 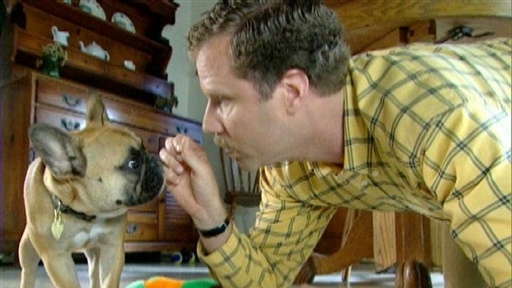 5 Fake SNL Commercials They Should Teach in Marketing 101