I was sitting in my room stalking people on Facebook when I came across a girl who “liked” about 100 different fan pages. At first I thought it was stupid, but then I started to become addicted to searching for them, because most were true. It became second nature to talk to my friends and say something like, “Oh my God that should SO be a fan page on Facebook.”

The bad part is that there is a fan page for everything now, so it is harder to get away with things. For instance, when you are at a party and it is fucking awkward you sit there and “pretend” to text. Come on… everybody does it. So now everyone will know that that the person texting the whole time is not really texting. Instead, they are feeling awkward as fuck and need to look occupied. Thank you Facebook for exposing the trick.

Then you come across some really funny ones that make you laugh because they are so true that you actually realize your not the only one who thinks or does those things.

1. Saying something then realizing it sounded extremely sexual…

There are 1,714,120 people that like this. That is a lot of people on Facebook that say things that sound sexual. The fans range from ages 15 to 45. I guess we never mature. Here is a link in case you were interested in joining the group!

2. When you say “I have a question” I think of all the bad things I’ve done recently.

There are 99,382 fans of this page. Next time I ask someone a question I will assume they are feeling guilty. Join this page if you have ever felt guilty when someone was about to ask a question.

3. When I write “LOL” its not because its’ funny, it’s because I have nothing to say.

4. Looking at your cell phone in awkward situations.

You either get on your cell phone when you don’t know anyone, or when you are walking down the hall so you don’t make eye contact. Word of advice, never pretend to talk on your phone because one day it will ring and you will look very stupid.

5. Sitting awkwardly while everyone around you is laughing at a joke you just missed.

I don’t know why but this always seems to happen to me. The joke either goes above my head or I just was not paying attention. Then everyone is laughing so hard they can’t explain it and by that point it’s not funny anymore. It sucks.

6. Thinking that pushing the elevator button over and over is going to make it come faster.

This fan page has 42,909 people in it. I personally don’t think it will make it come faster, but it passes the time.

7. Sorry? Missed that… I was busy thinking about have sex with you.

120,358 people (at the least) think about having sex with you when they are talking to you. So next time stop and think about what you think the person you are having a deep conversation with is thinking about. Especially when they say, “What? Say that again sorry.”

8. The Urge to smile when someone is yelling at you.

591,652 people have the urge to laugh when someone is yelling at them. There is also another group designed specifically for when teachers are yelling. Personally I have never had the urge to laugh… I actually do laugh. 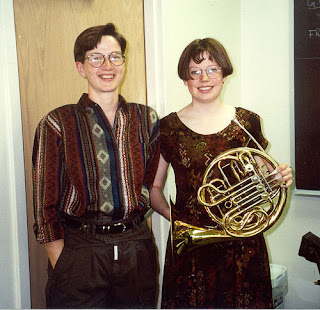 Campus Socialites, what are your favorite fan pages?

10 Tattoos That Will Give You A Headache 10 Years Later

Courting The King: 5 Ways for Your City to Lock Down LeBron (Part 4 of 4)