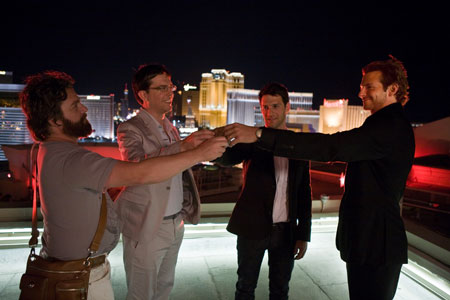 The Campus Socialite is all about inspiration. And what’s more inspirational than speeches? Nothing, that’s what. Let’s cut out the bullshit – we all know where this is going: the best speeches are in your favorite movies. I’m not going to waste time by going back through time to the beginning of film history to find the best diatribes, dissertations, and discourses – I’m just going to cut to the meat by snatching the best speeches from movies you probably know. And if you don’t know one of these flicks, you don’t deserve to be called a campus socialite – every one of these films should be in your library of illegally downloaded movies.

Ben Affleck is the man. Sure, he fucked up his career by making a sequence of terrible movies (Bounce, Pearl Harbor, Daredevil, Paycheck, Jersey Girl, etc.) but it doesn’t mean he was never a good actor. When he was a younger man, he wore sharp suits and played a complete doucher in every single movie. You couldn’t help but love him. Case in point: This Boiler Room speech, where Affleck plays a scheming millionaire selling and buying nonexistent stock. He makes me wanna go out and steal peoples’ money in a really conniving, ingenious fashion. Let’s go make bank!

Al Pacino is known for being a master of the inspirational speech. Scent of a Woman? Check. Devil’s Advocate? Check. And there’s more where that came from. But nothing inspires me to get out on the field and give it my all like his speech in Any Given Sunday, and I don’t even play football. And sure, sports movies are known for their great motivational half-time lectures, but this one takes the cake.

Zach Galifianakis secured his position in monologue history when he interrupted Bradley Cooper to give his famed “Wolfpack” Speech in The Hangover. If you still haven’t seen The Hangover then you must live under a fucking rock. There’s not really much else to say about that. Watch the damn speech.

Freedom! Freedom! I know Mel Gibson is one of the most hated celebrities in Hollywood, but you can’t deny that he took the part of William Wallace and owned it in Braveheart. When you make a war movie, specifically about fighting for freedom against those dirty Brits, there has to be some kind of pep talk. Most of those guys know they’re gonna die, and that they’re fighting a battle they can’t possibly win, so you gotta give them a reason to fight anyway. Enter Gibson on horseback.

Bill Pullman is the wildcard on this list. I never expected him to be the guy who gets everyone amped in any movie, let alone Independence Day. He plays the President of the United States, and he’s not afraid to get his hands dirty against some vicious aliens that blew up the White House. So he tells a bunch of pilots that they are America’s last chance, then hops into a fighter jet to help eradicate the alien scourge. Way to go Bill Pullman! And you thought he’d never come back from Casper…

When Matt Stone and Trey Parker are involved, things are never so simple. Everything has a double meaning, the plot is never so clear cut, puppets do some of the raunchiest shit you’ve ever seen, and everyone gets completely offended. Enter the “Dicks, Pussies, and Assholes” speech – one that sums up the people in our world using genitalia as a metaphor. Brilliant.

Ahh yes: Teamwork. That’s what the famous “Ducks Fly Together” speech is all about. There’s a reason why Emilio Estevez’s career never went anywhere after The Mighty Ducks – Gordon Bombay was just the part he was born to play. And I know we already have a half-time sermon on here, but it’s a different sport, different audience, and a different message. Fucking teamwork, dudes.

Okay, there are a million and one gangster movies, each with at least one ridiculously gangster speech. And people might hate on me for choosing this over Denzel in American Gangster, but I don’t think Wesley Snipes’ crack-slinging millionaire Nino Brown gets enough credit. While Frank Lucas spent most of his time trying to look legitimate, Nino Brown straight-up didn’t give a fuck about anything but cash money. This isn’t just a speech: it comes complete with senseless violence, too.

Quentin Tarantino is a fucked up director. Christopher Walken is a fucked up actor. What happens when you mix these two together? You get Captain Koons’ speech from Pulp Fiction – where the ‘Nam POW passes a family heirloom to a young Butch Coolidge, whose father died fighting “the gooks.” It’s a weird mix of total seriousness and complete ridiculousness that makes it a defining moment in film history. Screw Samuel L. Jackson’s bible verses, this is where it’s at.

The ‘Shank is one of the best movies of all time. You can’t argue that. It’s the amazing story of a wrongfully imprisoned man, and the end gives me the chills every time I watch it. If you haven’t seen it, then you probably don’t deserve to live. This isn’t as much of a diatribe as it is a dialogue between Tim Robbins’ and Morgan Freeman’s characters, but still it absolutely needs to be on this list. The best part? To quote Red: “Get busy livin’, or get busy dying.”