10 Most Boss Bosses That Ever Bossed For National Boss Day 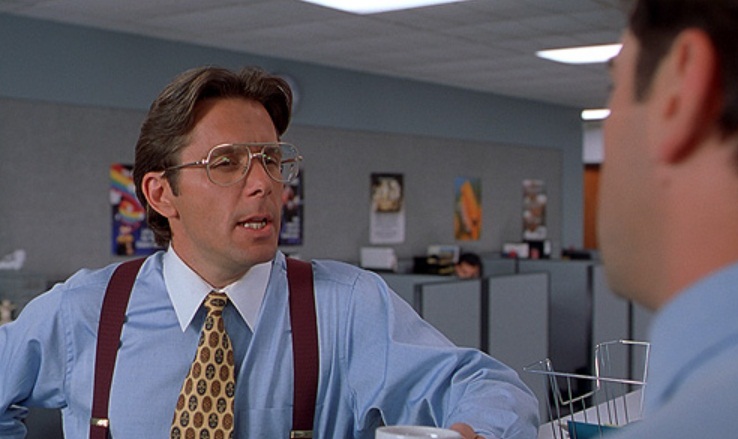 Okay, so realistically no one ever likes their boss. It just doesn’t work that way – bosses are there to be scapegoats of hate, anger, and frustration, so why would we ever celebrate them? Especially when they’re raking in the dough and leaving nothing left for the other 99% (I hate myself, this whole #occupywallstreet thing is starting to rub off on me). But regardless, there are a few dudes out there who have proven themselves to be the most boss bosses of all time, so let’s at least honor them. 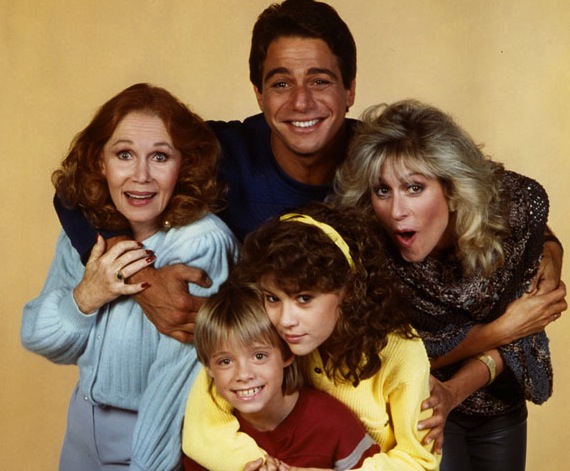 Who’s the boss? Okay, so I realize this joke is about 25 years too late and totally overplayed, but I just couldn’t resist. For anyone who’s too young to even remember Who’s The Boss (which is probably anyone reading this – the only reason I know about it is because I have older sisters), you really aren’t missing too much aside from a really young, chubby Alyssa Milano before she got all hot and naked in all those movies that I only saw one scene from (and thus don’t remember the titles). But this isn’t about her – Danza still deserves props for being the boss all those years ago. 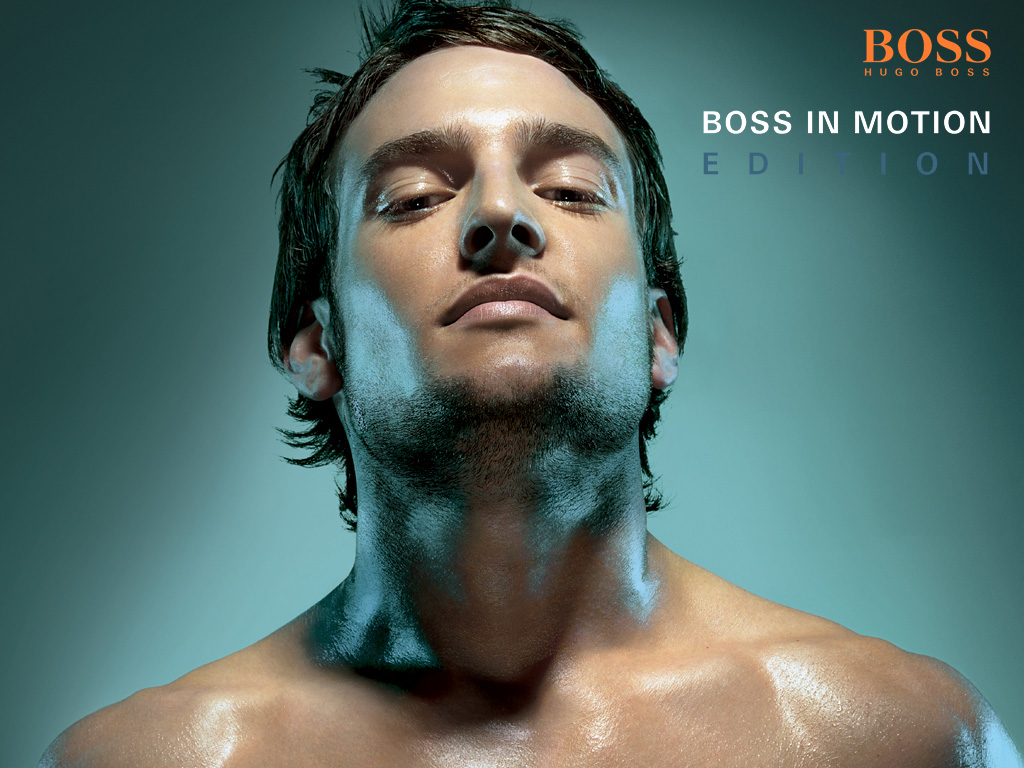 I have no idea if Hugo Boss is even a real person, and I don’t care enough to go exploring the Internet to find out (update: I got curious and found out that he was a real person, and has been dead for more than 60 years now…needless to say the above picture is not him). All I know is that the word Boss is literally his last name, and he makes lame clothes for upper class white men who love yachts, cricket, and sweater vests. And for that, he deserves to be on this list. 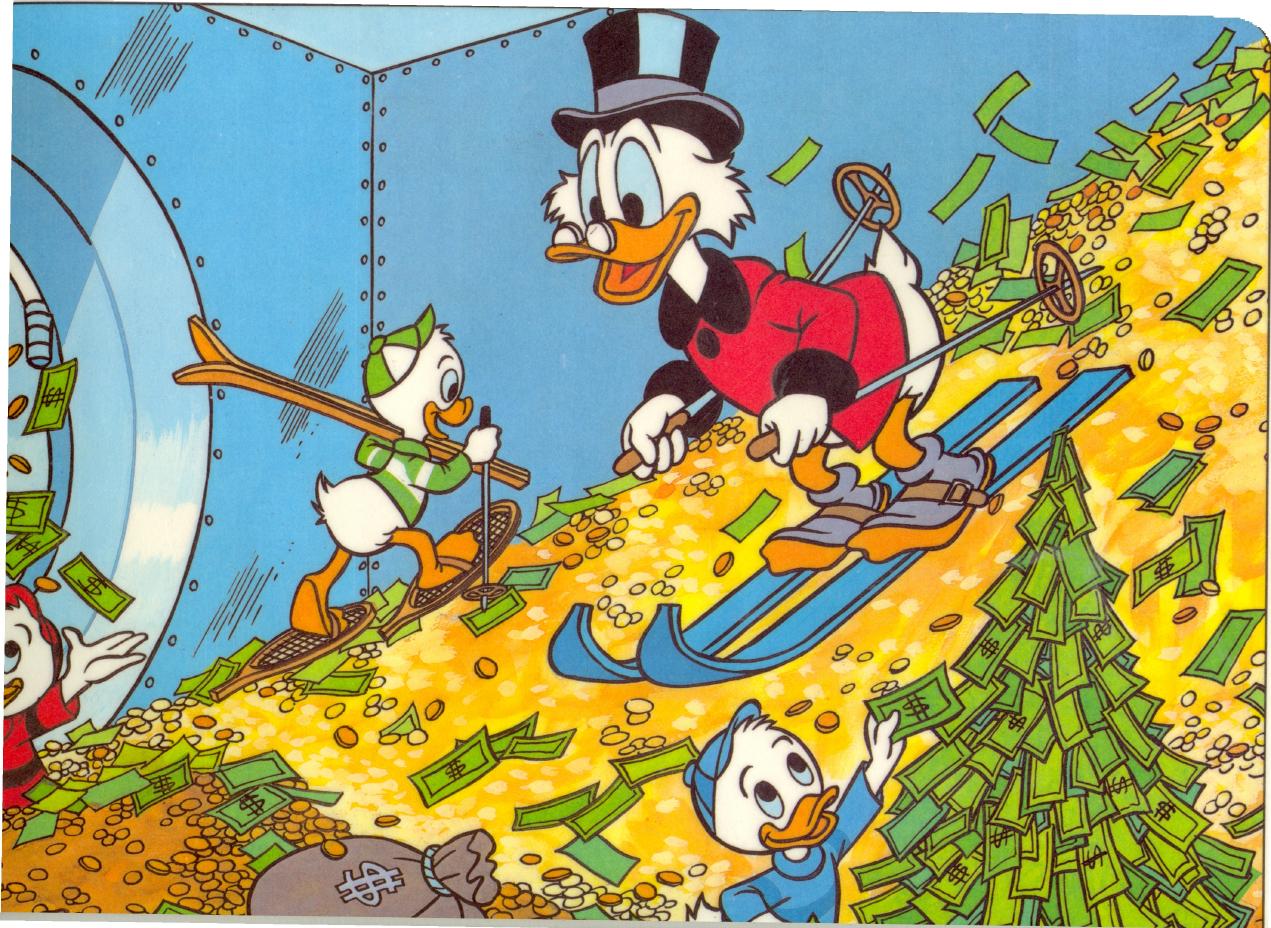 The miserly business magnate and richest duck in the world struck it big in Duckburg after he discovered a gold nugget the size of goose’s egg. He made “one multiplujillion, nine obsquatumatillion, six hundred twenty-three dollars and sixty-two cents” (which, if you’re crunching numbers at home, is not a real number) and kept it all to himself, occasionally swimming in it or skiing on it like the boss he is. He defended all that cash from bumbling intruders and thieves with his three delinquent great-nephews, and hence DuckTales, one of the greatest Disney shows ever. 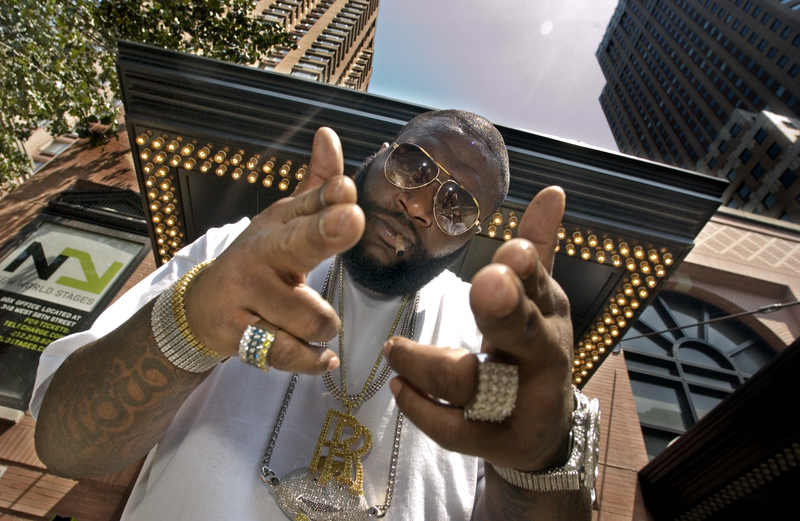 Rapper Rick Ross (not to be confused with crack-slinging baller “Freeway” Rick Ross) has been all over the news lately, specifically for his double seizure while on a flight to Memphis for the opening of his very own Wingstop restaurant. As if owning a Wingstop isn’t awesome enough, now he’s hopping on a tour bus, which is not only badass, but also old school. He even has a song about himself called “The Boss.” Have you ever seen the video for that shit? If you aren’t convinced that Ross is a boss, that’ll change your mind. 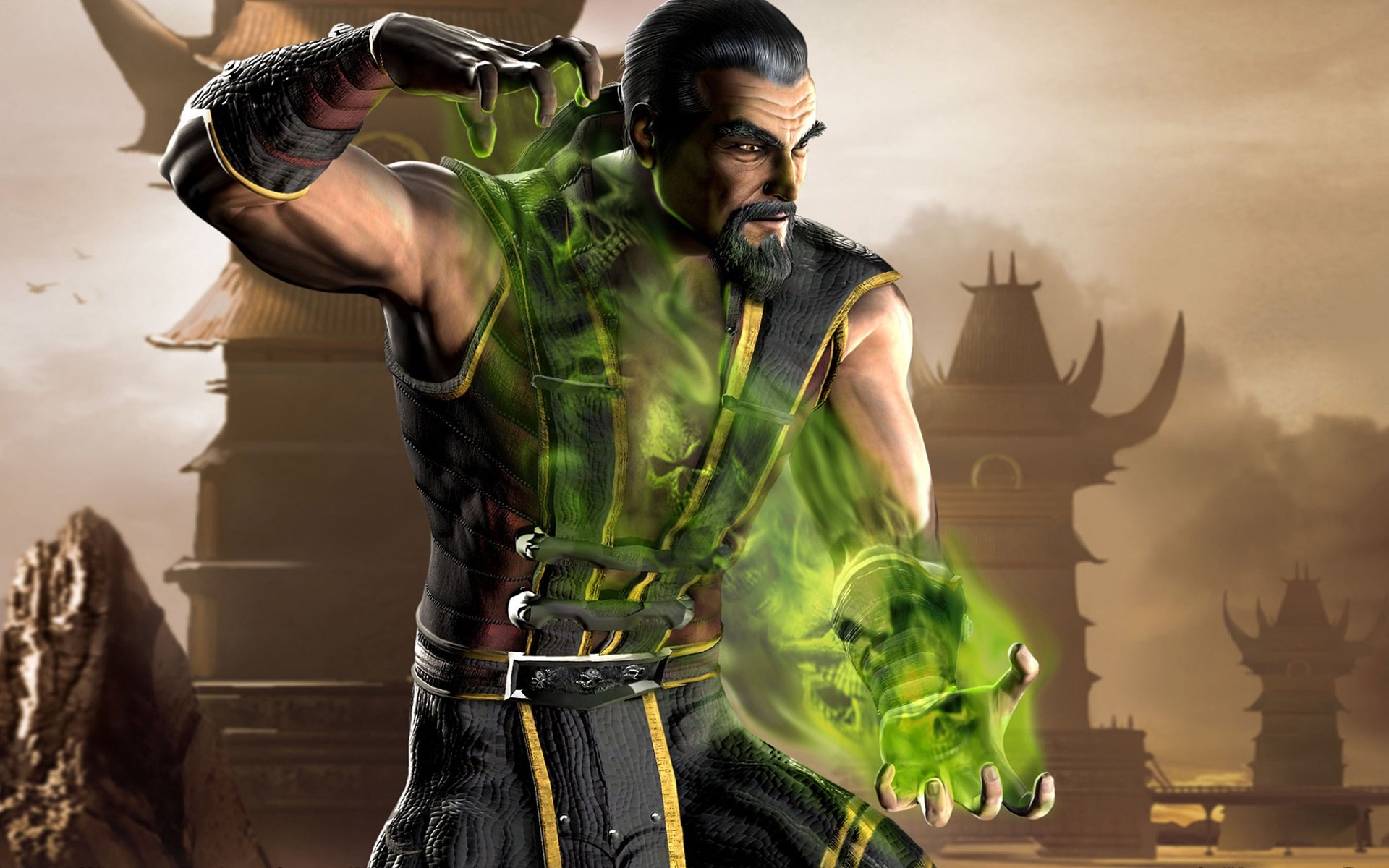 Mortal Kombat’s Goro is pretty boss, and Shang Tsung controlled that four-armed freak without even breaking a sweat, so that makes him the bossiest boss of all. This magical badass was the final boss in Mortal Kombat, and ate people’s souls so he could stay young forever. Dude is even too boss to stand on the same floor as you; he fucking hovers, so you can’t even slide attack him. He also shapeshifts. His bossitude is just otherworldly (get it?…You nerd). 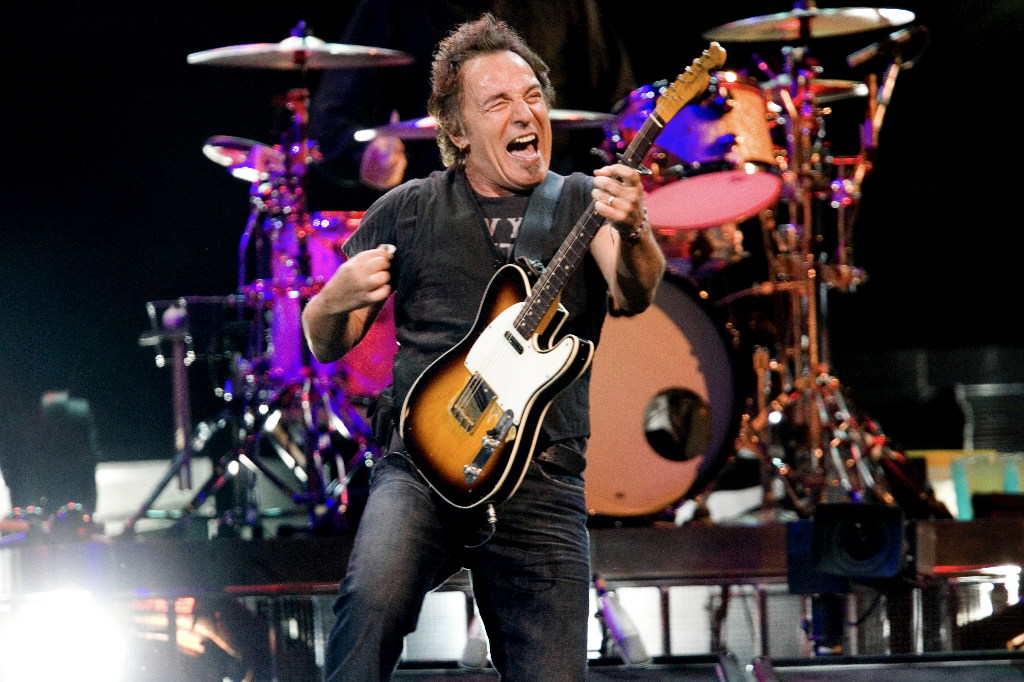 You can’t have a list of the most boss bosses without the original Boss and blue collar American rocker, Bruce Springsteen. Legend has it that Bruce earned the nickname back in the day when he used to collect and distribute gig money to his band, and it stuck despite the fact that he didn’t like it. So The Boss doesn’t wanna be called The Boss…sounds kinda boss to me. Am I killing this word yet? Because that’s the plan. He has since come to terms with it, and now embraces his badass nickname lovingly. Good story. 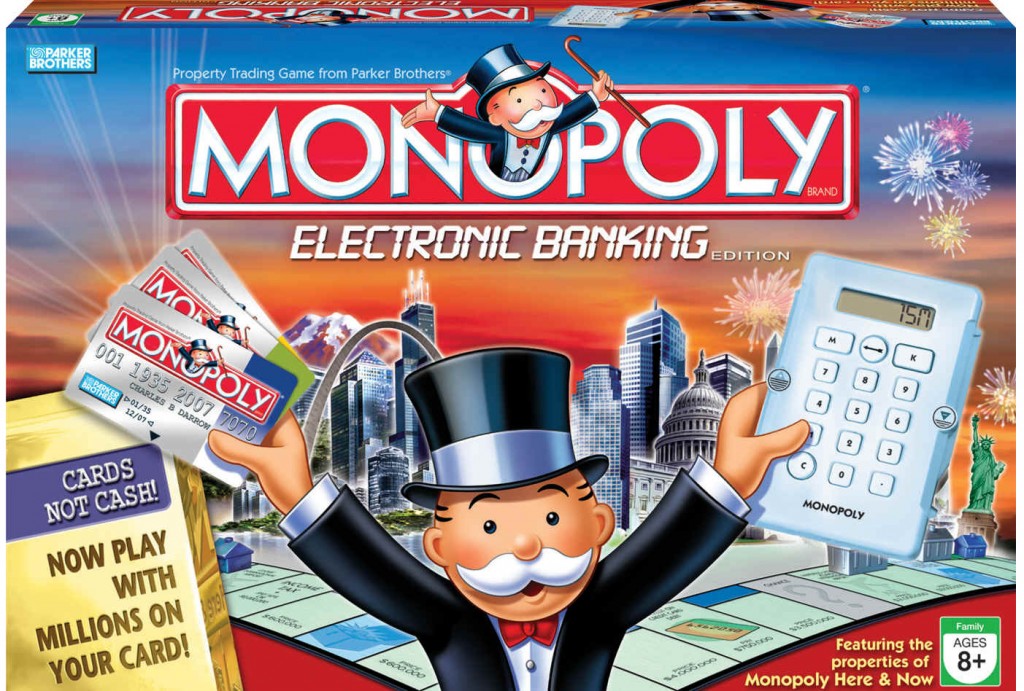 I’m increasingly convinced that this little monocled, mustachioed man is based on the real version of The Commodore from Boardwalk Empire. The Commodore might be all half-paralyzed now (whoops, SPOILER ALERT), but he used to run shit in AC, and was just getting back on top when his brain decided to fart – now all he can do is speak gibberish and get smacked by bitches. But The Monopoly Man (who is now accepting all forms of major credit) never has a stroke, and will live on forever as that annoying ass rich guy in the top hat that you have to pay a luxury tax to every time you play Monopoly. Then he gives it all to one lucky fuck who lands on Free Parking. That’s rather boss, my good lad. 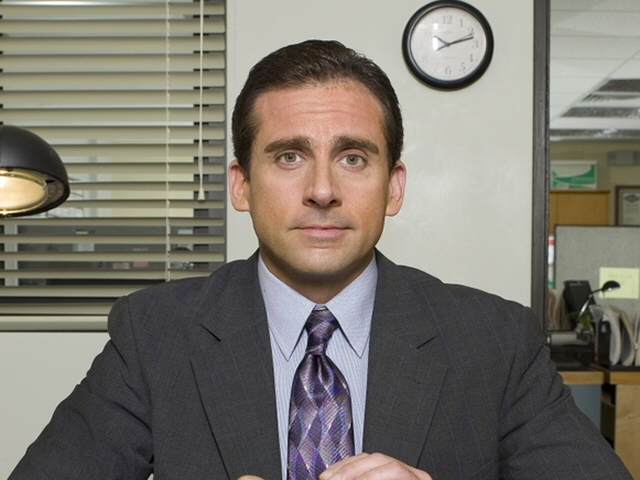 Okay, so one thing you might or might not know about me is that I fucking hate The Office. Everyone’s always like “ohh you’d love The Office, it’s your type of comedy” – it’s not, and I hate every last person who says that to me. But I’ll put my personal feelings aside and put Dunder-Mifflin boss Michael Scott on here, if only because everyone here at Campus Socialite HQ wants him to be included. Sorry that I don’t find him funny, and that I can’t put any great quips or quotes on here, but at least I was fair enough to include him. Haters: hate away. 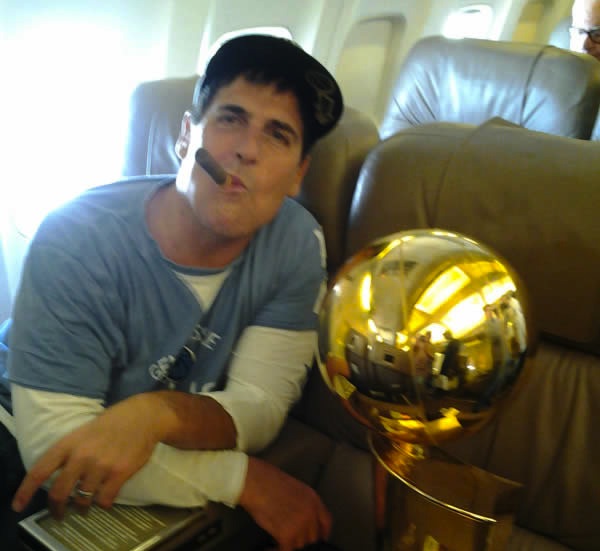 Direct quote: “Make sure you are the boss. I don’t think I would encourage executives that work for me to blog. There can be only 1 public vision for an organization.” The Cubes is a pro boss. He sold garbage bags to buy basketball shoes at the age of 12, collected and hawked stamps to pay his way through college, and is now a billionaire. All the stuff in the middle is a bunch of technological and business nonsense, so I’ll sum it up for you: dude started a bunch of businesses and websites, sold them for increasingly large amounts of cash, invested in new, innovative businesses and technologies, and then bought the Dallas Mavericks, who are the current NBS champions, so boo ya. 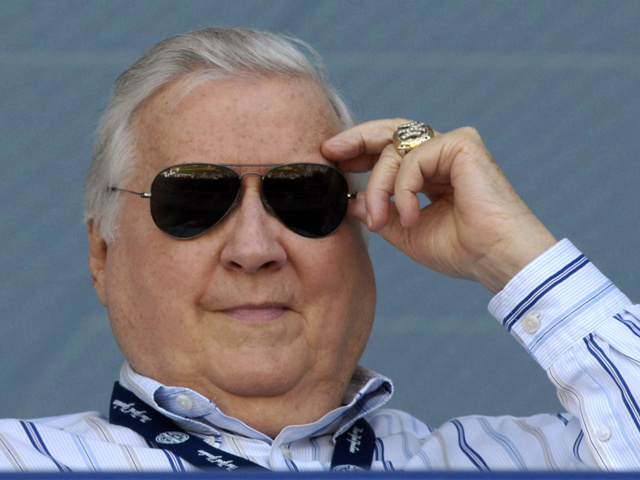 Mark Cuban might know how to party but when it comes to sports, but George Steinbrenner was the Boss of Bosses. He might fire you because your tie was too bright or call his star 3rd baseman a bum to every paper in New York, but the dude knew how to win, and win he did with 7 World Series and 11 Pennants. Try to fit that on your fingers. The Yankees may not win as often anymore but there’s a reason you don’t see Red Sox or Mets hats in Denmark. The Yankees are the world’s Baseball team. The Boss made sure of that. 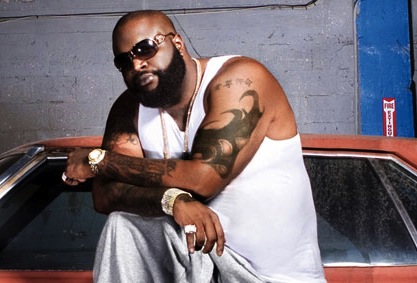 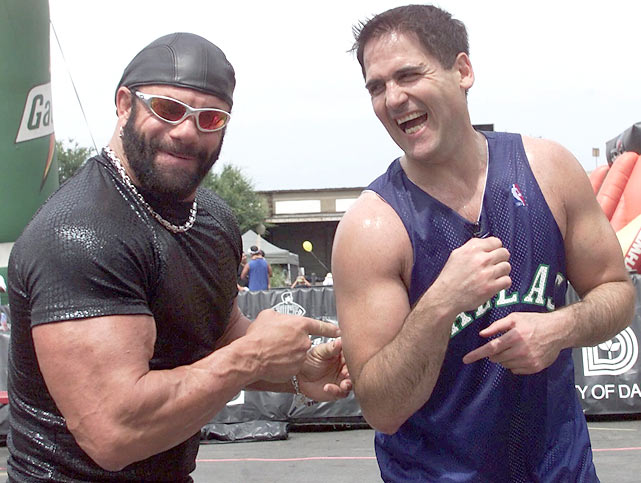