You should know by now that television and film do not get along. The two mediums are in a constant struggle for dominance over the eyes and ears of society. For the longest time, it seemed like you couldn’t beat the environment of the movie theater: You dedicate two hours to sitting in the dark with complete strangers, watching fictional characters on a massive screen with outrageously powerful sound all around you. Modern technology has changed that. Televisions are now huge, flat, and in high definition. If you want to replicate authentic theater sound, you can go out and buy a surround sound system. More and more, movie theaters are becoming outdated and will probably become useless very, very soon: Thus the rising cost of tickets and the ridiculous price of a small soda and popcorn (the vendor better give me stuffloads of butter for $4.50). This is also why the concept of 3D was revived, but now televisions can do that, too.

Television’s main goal is to destroy the movie industry in any way it can – A mission in which it is succeeding, not only through technological innovations, but by exploiting and picking away at the feature length format in an attempt to make it unattractive and unrecognizable to us. That way, we will concentrate all of our attention on the boob tube. So without further ado, I present to you the 4 ways that TV is ruining movies. 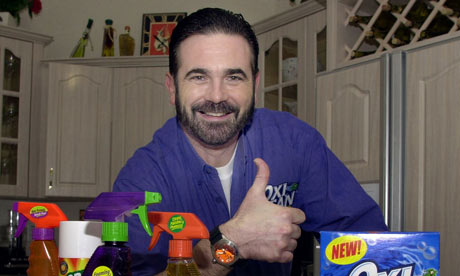 Commercials are the devil. They provide advertising revenue for TV stations that are already pulling in millions, if not billions of dollars. And they’re all geared towards stupid people who will believe anything that Billy Mays tells them. And so it pains me to admit that they are extremely useful for most television series. For shows that build towards a climatic ending, each commercial break is strategically placed to build suspense…and the formula works. So why then are commercials always placed in the worst spots when a channel is showing a movie? The break will always come mid-scene, right when the suspense is building, but too early to keep us at the edge of our seats for the next three minutes. When the movie comes back on, the surprise is less effective because we lost that sensation of momentum that we had before the stuffstorm of advertising began. This type of commercial placement effectively destroys suspense by cutting nonsensical gaps in the rising and falling action of the narrative. In the most basic terms, it completely obliterates the reason we were watching in the first place: For some kind of climax (that’s what humans crave more than anything else, and if you think about sex, it makes sense).

There’s more than one way to destroy narrative action, though. Commercials delay and lessen the effect of our climax, but how about if you just eliminate it completely? That’s what “Formatted for Time” means. Sure, the TV station says that they cut out parts of the movie so it would fit into a nice, round block, but that doesn’t make sense. I’m sure any idiot can move around a few commercials to make a movie fit better in a time slot (money sometimes comes into play here…but for the sake of this argument let’s pretend like it’s not a big deal). Because a movie is so short compared to an entire television series, every part of it is essential. To cut even the smallest chunk out of it could be detrimental to its message, and the effectiveness thereof. But here we are, at a point in time where some anonymous folks at TBS think it’s okay to pick and choose important parts of great films to slice out. Guess what? The theatrical version of Lord of the Rings doesn’t make sense as it is (because it’s missing important parts that you can only find in the extended versions), and now these guys go and make it even more retarded: Where did the hobbits get their Elfish cloaks? TBS doesn’t show that part. Great job!

Wait. There’s more! Sometimes, even MORE scenes get taken out because they are deemed inappropriate for the network’s audience. Well, if you are trying to appeal to a family audience, doesn’t it make sense to show family movies instead of ones that are filled with sex, drugs, and violence? The Shawshank Redemption doesn’t make much sense if Andy doesn’t get raped in prison (and let’s not kid ourselves, he most definitely gets raped), so why even bother showing the movie if you aren’t including that most pivotal of scenes. And there’s also the whole “Melon Farmer” routine. Instead of bleeping curses, they just replace them with much less meaningful words that kill the emotion of the scene. Luckily, we’re moving towards a world where curses are more acceptable on television. It’s not like censoring a few movie lines is preventing any children from learning these words anyway: My five year old brother curses like a sailor because my dad calls everyone butts, not because of what he sees on TV. 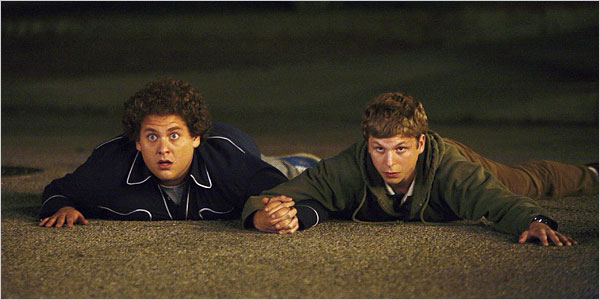 I would say that our only saviors in this world are the premium movie channels, but I’d be lying. While they don’t do any of the things mentioned above, they are just as guilty of destroying narrative cinema. They just do it in their own specialized way: Movie repetition. You know how you laughed super hard the first time you saw Super Bad? Now, do you remember how much you laughed the second, third, or fourth time you saw it on HBO? Probably not that much, because eventually it loses its flavor. The more you see a film, the less powerful the effect it has on you. Which is where repetition comes in. HBO, Showtime, Cinemax, Encore, Starz, and even the basic cable channels show the same movies over and over, sometimes even back-to-back. Now, I love movies, but I can’t stand seeing Con Air more than once in a lifetime, let alone three times in a period of a few days. Eventually, you’re completely desensitized, and you might as well just watch a wall, because that’s how much you’re going to get out of this experience: Nothing.

So, agree with me or not, this is what is going down. While you might find errors in my logic, you’d also have a very hard time trying to completely disprove me, partially because everything I said happens on a regular basis. Watch any channel. Go ahead. It’s probably got commercials. It’s almost definitely censored in some way. If it has neither of those things going for it, then chances are you already seen it a million times. Luckily for us, the Internet is slowly destroying (or enveloping, I should say) both of these mediums, so the argument will eventually just become a moot point.