5 Card Games That Serious Gamers Ought to Try 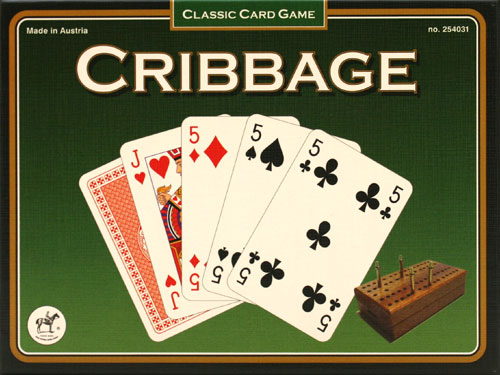 Whether we’re procrastinating on homework or relaxing after a hard day’s work, many of us love to play card games. People around the world have been passing the time with cards for more than a thousand years.

At this point, everyone has played the classics like solitaire and Hearts, but true gaming enthusiasts are branching out and discovering a smorgasbord of new games that are fresher, more exciting, and easily available in online format. One advantage to playing online is that no one is ever stuck waiting for their chronically late friend to arrive; online games are ready when you are.

Players also don’t need to spend half an hour teaching their friends how to play their favorite game. On the other hand, if someone wants to learn a new game, he or she can play online and get practice without being subjected to ridicule for rookie mistakes. Check out the five games below to find a new one you can enjoy.

Many may be aware of this game only as something their grandparents played, but it’s resurfacing as something for young people as well. At first glance, it might appear to be a board game, but the iconic pegboard is just an accessory for keeping score keeping and is not strictly necessary.

Cribbage was invented in England in the 1630s and remains popular around the world today. Most often, it is played by two people but can include up to six. There are multiple steps to the game, each of which requires a different strategy. In effect, cribbage consists of multiple short games rolled into one big one.

Known by a handful of other names, such as Pounce and Peanuts, Nertz is a form of multiple solitaire that requires more cards than the average game because each player uses a full deck of 52 cards.

Each player divides the deck into seven piles and during the course of the game strives to move all the cards out of his “nertz pile” before any of the other players accomplishes the feat. Nertz is a game for those who enjoy games where speed is a major factor.

This variant of poker emerged in the 1980s, which makes it a relatively new game among card players. Each player uses two cards from his hand of four, plus three of five community cards, to make the best hand possible. Multiple rounds of betting are often involved for those who like to raise the stakes.

Players who enjoy Hearts will probably enjoy whist as well. Four people in teams receive 13 cards each and the last card dealt becomes the trump. Every player who can must match the suit of the trump card and the player with the highest card wins the trick. The team with the most tricks at the end receives a point and the first team to reach five points wins the game.

For fans devoted to games like solitaire and poker there are new, themed versions that stay true to the old style but inject a little variety into an otherwise familiar game. Fairway solitaire, faerie solitaire, and governor of poker are examples of versions that add an extra element to keep players having a good time with their old favorites.

Where to find card games

So how do you find card games online? Hundreds of sites claim to have the best versions of various games, and it can be difficult to sort through them all to find one that’s reliable.

An excellent resource provides ratings for each of its games and indications of which can be downloaded at no charge, which makes this site a good place for you to start your quest for online entertainment.

Sell Your House and Move to the City After Graduation: 5 Essential Tips

Your Ultimate Guide to Buying a Pontoon Boat