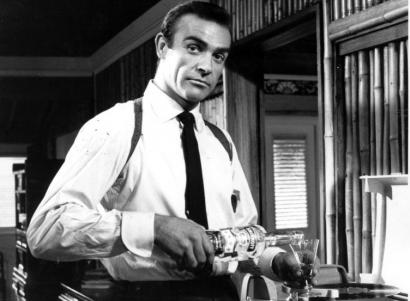 What you drink says a lot about your personality. If you drink Jack and Coke, you’re the dude who’s just trying to party hard as quick as possible. If you drink Jager, you live in a house with 10 other dudes and a carpet comprised mostly of used towels and sweatshirts. If you drink Cosmopolitans, you’re dad left you, your mother, and your 4 sisters when you were 3 (also, you tried on a pair of panties on more than one non-consecutive equation). Everyone has a drink of choice, and consequently, the best TV, Movie, and Book characters do as well. Some drinks will forever be attached to the character who drank them. Here are 5 of my personal favorites.

The White Russian – Jeff “The Dude” Lebowski in The Big Lebowski 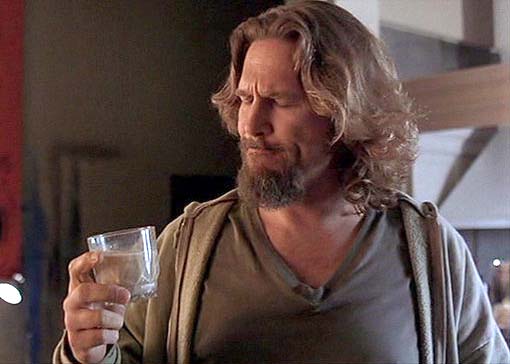 A White Russian is made using Vodka, Khalua, and wait for it, Milk. It may sound kind of disgusting, but I assure you, it tastes like a fucking Milk Shake. Of course, no self-respecting man actually drinks something with Khalua in it, let alone milk, unless of course your name is Jeffery Lebowski. “The Dude” even went so far as having a White Russian station in his house. So if you wanna “take it easy,” Dude style, order up a White Russian. Just don’t have 10 like I did at “Big Lebowski Fest” of 2009; big mistake.

Moloko (Milk) Plus – Alex Delarge in A Clockwork Orange 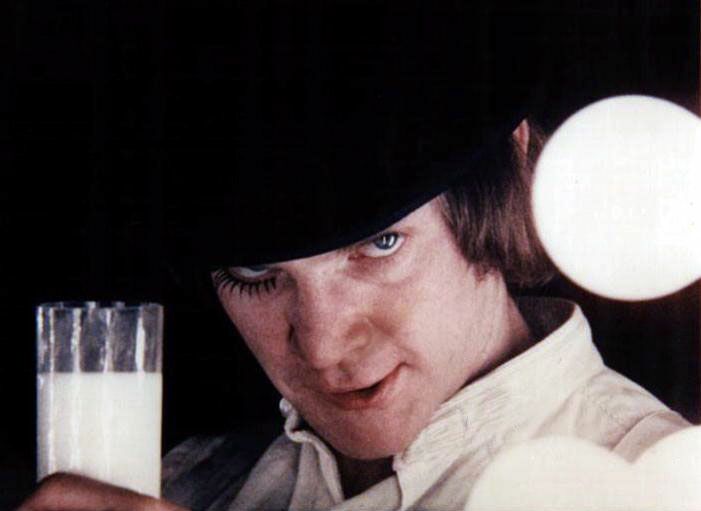 Alex Delarge might be one of the most sinister, sociopathic, and evil to the core characters in all of history. But lets just get this out in the open: he’s also kind of the man. Dude wears a codpiece as underwear, makes white suspenders and a black bowler hat look cool, and bangs 2 girls at the same time, mid-day, while listening to Beethoven. His and crew’s drink of choice is something called Moloko (Milk) Plus. If you wan to drink like Alex, the recipe is Absinthe, Anisette, Irish Cream, Sugar, and Milk. Then grab a chic or two give em the “old in out, in out.”

Scotch and Soda – Holden Caulfield in Catcher in the Rye 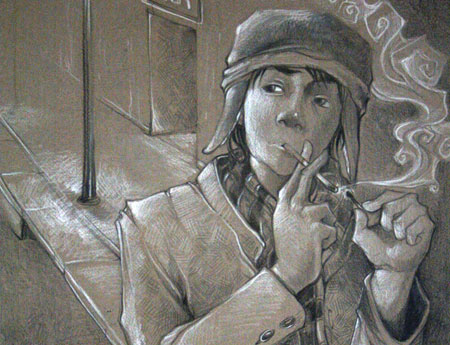 Holden may have been a whiney bitch who couldn’t even close a hooker, but for a high-schooler, the kid knew how to drink. Scotch and Soda at 15? Give that kid a few more years and he’ll be one classy mother-fucker. Being in a mental institution doesn’t quite help, but we’ll chalk that up to unfortunate circumstance, and some real “phonies” lurking about. 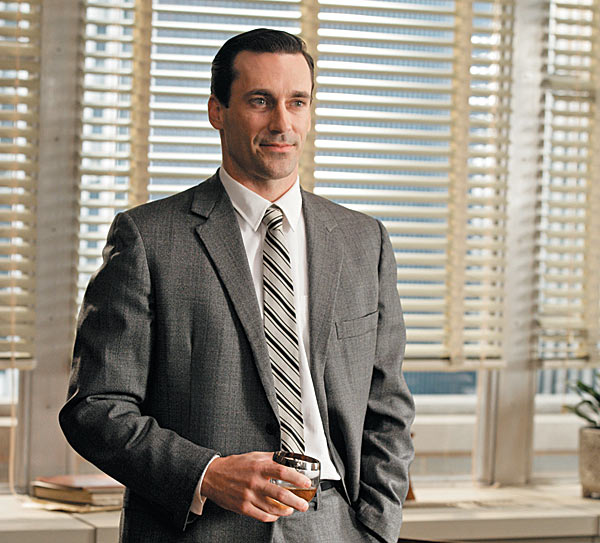 It’s the 1960’s, and Madison ave. in NYC is the place to be. Well, it still is, but back then, money was flowing, love was free, and having 6 drinks and half a pack of smokes at the Steak House was today’s equivalent of Buffalo Wings and a Pomegranite Sangria at Applebees. Don Draper and the Mad Men crew are the archetype Alpha Males of the 60’s and Draper only orders one drink: The Old Fashioned. The Old Fashioned is made with simply Bourbon (my favorite), bitters, and sugar, and attached to Don Draper’s French-Cuff wrist, it’s classy as fuck. So if you’re looking to rock the skinny tie/side-part combo, you better start drinking Bourbon. But you knew that. 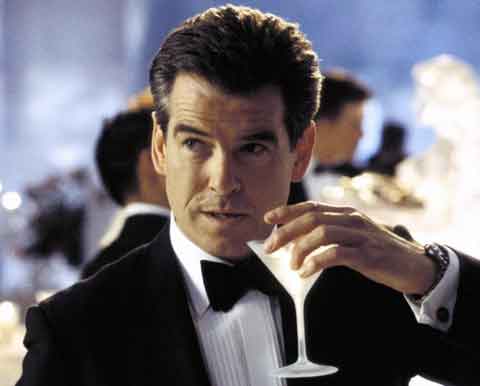 You guys knew this was coming. The new Bond flicks gave James’ classic drink choice a new twist (literally and figuratively), but everyone knows the drink is a Vodka Martini, shaken not stirred. This space makes no secret that I am not a vodka fan, but if 007 and I were hanging out, I’d be gulping down Grey Goose all night. Just pour vodka over ice, strain, and add an olive and some vermouth. If you can make it the whole night without turning your hand into a pistol, and winking at your own reflection, it’s on me.