5 Creative Ways to Land a Job After College

Life is hard out here for a college grad with no job lined up after you walk across the stage. You’ve all heard about the boring ways to find a job post graduation: spend hours sending out resumes, ask friends and old colleagues for any heads up or referrals, take a paid internship and hope it leads to something, etc. Finding an entry-level position in this economy is hard when you’re competing with people with years of experience. It takes some pretty outlandish methods to get yourself noticed. Below we list five crazy ways to put yourself and your resume out there.

I’ll admit that it seems embarrassing to stand on the street holding a sign in front of thousands of your city’s commuters, but doing this creates an awareness that’s sure to work. Dianez Smith, an Arcadia University grad with her bachelor’s degree in studio art, took to the streets of DC and handed out 17 copies of her resume during the morning rush hour. In addition to well wishes, Smith landed an interview with a local law firm. Putting yourself out there in this way is bold. It exemplifies your courage and your ability to take initiative, which is something employers are always looking for. I’m a poster board away from trying this myself.

If it’s for a small company, and you know what the hiring manager looks like, then a direct approach would be in your favor. In the movies, you see people approaching potential employers at dinner. That’s just rude. As college students we know how important a meal is. What you can do, though, is approach that person at a mall or networking event with your resume or business card on hand. One of my favorite writers hired two interns that way. One of them actually approached her at the mall, sold her credentials, and was offered the internship by the end of week. Rejection is the only negative aspect of this approach, but it certainly shouldn’t be negative enough to dispel you from trying this. The worst that can happen is you being right back at square one.

In 2009, unemployed Pasha Stocking invested $2500 for a billboard and fees to have her face and contact information sprawled across Connecticut’s I-95.  Stocking’s site listed her resume and recommendations from friends and former colleagues. The news picked up on Stocking’s billboard and things took off.  By the end of April 2009, she was considering several job offers and still interviewing with other companies. Taking a chance enabled Stocking to receive many employment opportunities and receive 15 minutes of fame. Pasha now runs her own marketing and PR company. I know we’re college grads, and this seems like a stretch, but those monetary gifts relatives gave you during the post-graduation dinner could go far if you think big. 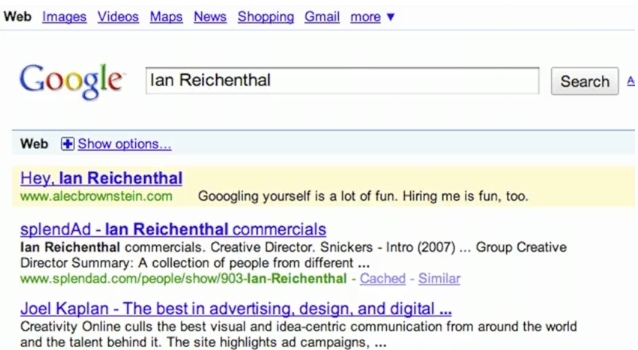 In 2010, advertiser Alec Brownstein used Google’s Adwords to purchase the names of five of his ideal employers. For a total of $6, Brownstein preyed on these employers’ vanity and hoped that they, like millions of other people, googled themselves regularly. His ad included, “”Hey, [creative director’s name]: Goooogling [sic] yourself is a lot of fun. Hiring me is fun, too.” He added a link to his website and hoped for the best. Four of the five employers contacted him. He interviewed with two advertising firms and accepted a job offer from Young and Rubicam New York. This is innovation at its best … especially in a field where innovation counts. Brownstein said it best in a CNN interview, “The people who you want to work for can’t hire you any less than they already are. So shoot for the moon.” 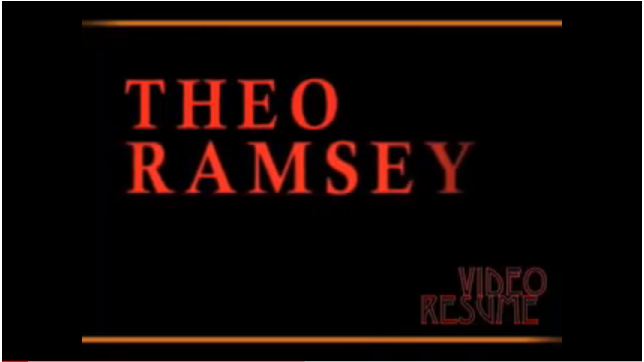 What better way to show you’re tech savvy than creating a YouTube, video resume. Theo Ramsey and countless others took to their video cameras to show employers how great they’d be as potential employees.  This would benefit anyone wanting to enter broadcast journalism. With a video resume, employers can put a face to the name. They can catch any nonverbal cues you give off on camera. They can also hear how well-spoken (or not) you are. The only downside to a video resume is that it’s an extra step an employer might not want to take. Additionally, they can also not contact you based on how you look — which sucks. Regardless of that, knowing you tried is better than not trying at all.