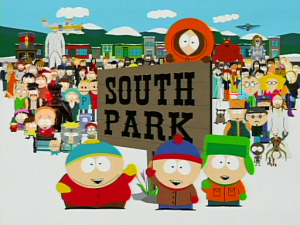 Something that has been sort of bugging me lately is the misconception about one of my most beloved shows: South Park.  This show is often thought of as crude, inhuman, raunchy, and unintelligent.  Of course…some of these assumptions are, well, true.  The only one that is false is the last one.  South Park is by far the most intelligent cartoon on television in my opinion, vastly surpassing that of Family Guy.  Here are 5 reasons why South Park is better than Family Guy.

1. South Park made an episode showing how bad Family Guy is. 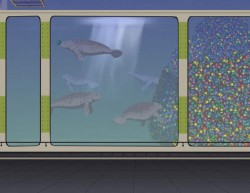 I used to love Family Guy, don’t get me wrong, but after seeing the South Park episode describing how Family Guy is made, I realized the truthfulness behind the episode and how right they were. In case you haven’t seen this episode (which you must go watch at southparkstudios.com), it basically talks about how manatees are the creators of Family Guy and they select random balls in the tank with ideas written on them.  This is meant to explain the complete randomness that embodies the show since the manatees use these random ideas to formulate the plot of each episode.  How can you possibly respect the show any longer after hearing that manatees may or may not be the cartoon’s writers?

2. Family Guy uses the same formula for each episode. 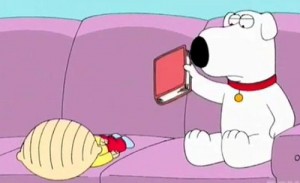 After watching the episode described in Reason One above, I realized Family Guy really isn’t all that funny.  Of course, some episodes are hysterical (my favorite being “Brian the Bachelor,” the one where Stewie discusses Brian’s novel), but the issue is that it follows the same formula for each episode.  That formula is this: Something is going on, Peter says how whatever is going on reminds him of something he did in the past that has nothing at all to do with what is going on. There is then a flashback to whatever Peter remembered doing in the past and then this repeats throughout the episode.  I used to think the show was clever and now I think it is simply redundant and not nearly as clever or as witty as South Park. 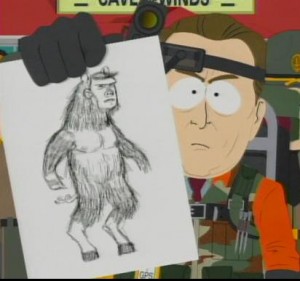 While South Park made be crude and raunchy, not one person can deny the show’s intelligence.  The creators and writers of the show relate most episodes to pop culture or political events that are occurring in the world.  For example, one of the best episodes ever…MANBEARPIG.  This episode brings in Al Gore who is “super serial” about the existence of this mythical creature.  In case your head is up your ass, ManBearPig (Half man, half bear, half pig) symbolizes Global Warming.  Another episode that brings in current events is the episode with Coon and Friends and Mr. Hindsight where they discuss the BP oil spill.  This shows that while the show may seem ridiculous, you can actually learn a great deal from South Park.

4. They do not discriminate because they make fun of EVERYONE. 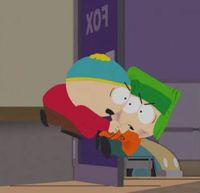 What I don’t understand is why people get offended by South Park.  I mean, they also make fun of Family Guy, but who cares about that?  South Park does not discriminate against anyone because they make fun of everyone.  They made an episode that had to be canceled because they made fun of Mohammad, they consistently make fun of Jewish people, had an episode dedicated to making fun of The Jersey Shore, Al Gore, Hilary Clinton, and nearly every celebrity including George Clooney and Sarah Jessica Parker.  Don’t bother getting offended anymore, if you were famous (or else live in New Jersey), you would get made fun of, too. 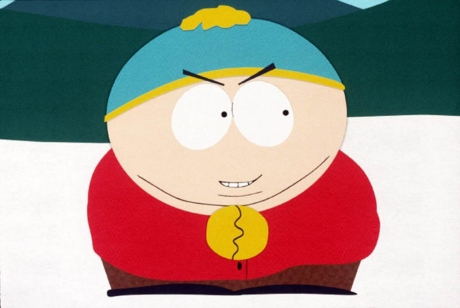 Move over Stewie Griffen…Eric Cartman wins.  I used to think Stewie was the best character on television because how can you beat an evil baby?  But then I got into South Park, and it is really no competition.  Cartman is the greatest, most evil, and most manipulative little punk on television.  He created a series of terrifying woodland creatures, led (and then attempted to defeat) the superhero team called Coon & Friends, spent an entire episode trying to get Kyle to suck his balls, convinced Butters the world was ending and had to live in a bomb shelter, and created a presentation showing that Gingers are not real people.  Basically, he’s the man…or the greatest 9-year-old you will ever meet.

If you enjoyed this article then check out these:

The Most Ridiculous Cash4Gold Rejection Letter You’ll Read All Day…..(BroBible)

Just Take a Seat Right Over There: 10 Best “To Catch a Predator” Screen Caps ….(Guyism)

Brittany Snow Cleavage of the Day …..(Pick Me Up News)

Unleashed: The True Story of a Recovering Serial Monogamist …..(Leftos)