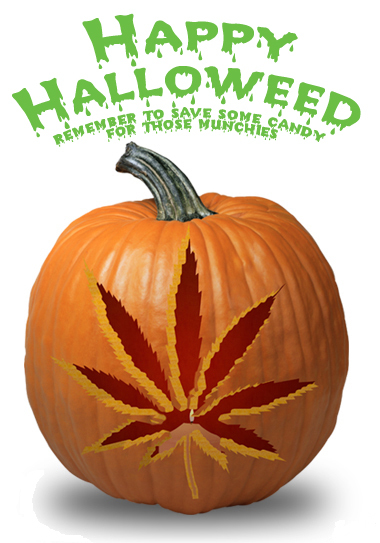 I’m back and I’m ready to decipher more stoned culture for you. In the past I’ve tackled crime drama, Shark Week, pizza, cartoons, and chocolate, but this time is different: I’m going to explain why Halloween is a holiday made just for potheads…well, besides the fact that it’s rooted in Pagan ritual, much like the ancient act of getting your smoke on. Let’s get to it, you filthy hippies. 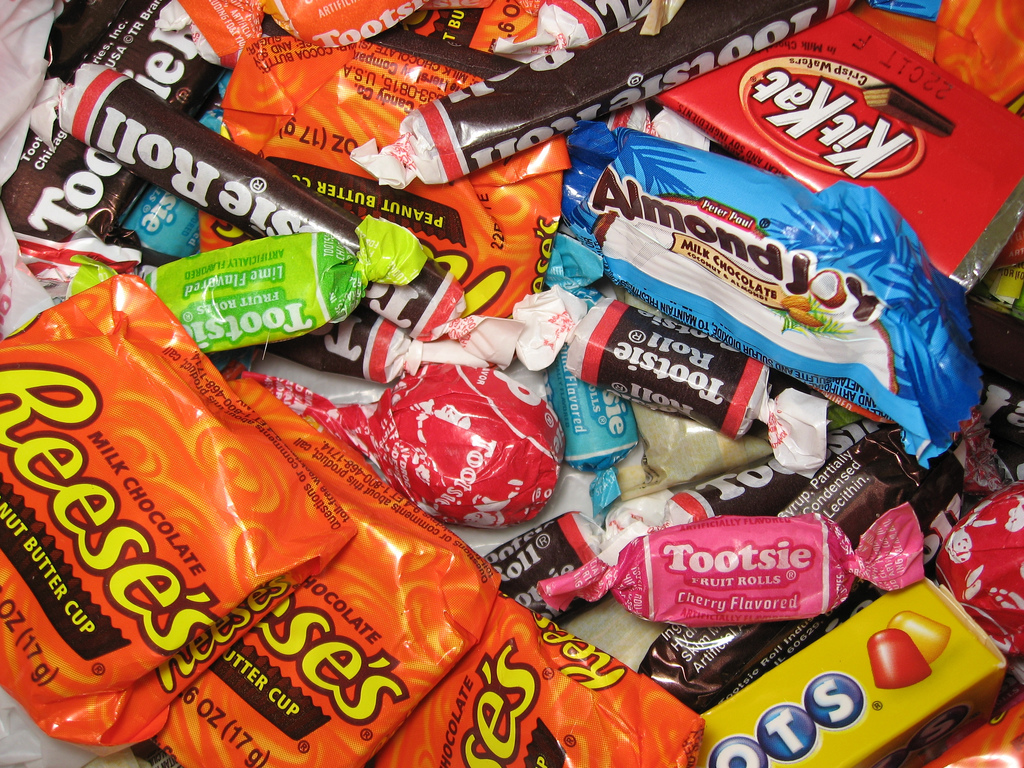 This one should have been obvious. When the munchies kick in, the first thing on my mind is to endlessly devour bags of chips, pretzels, cookies, chocolate, fruit snacks, sour shit, lollipops, whatever I can grab a lot of with one hand and shove into my mouth. But it’s a hard life for pot smokers: we spend all our extra dough on weed, and therefore don’t have enough left over for luxuries like snacks, clothes, and hygienic products. So this holiday is a great chance for us to get off our lazy asses, go out into the world, and collect as much free candy as we can possibly manage. That’s why the “please take one” houses are the best. No one just takes one, especially when the bowl is full of 100 Grand bars. Those shits are MINE.

Mischief of All Sorts 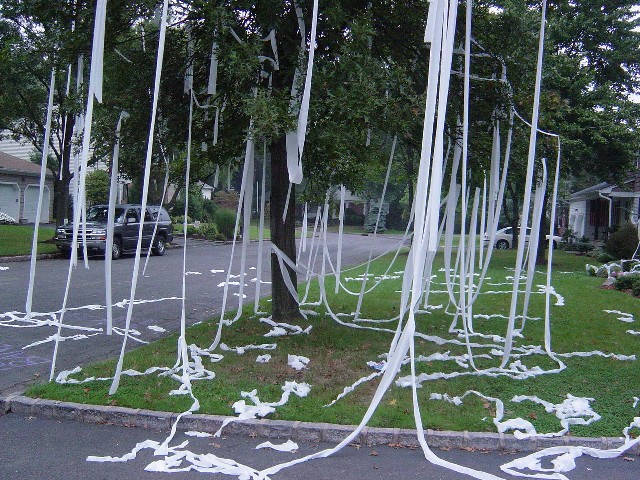 You know how this one goes. Everyone unleashes their inner monster on Halloween, even the most laid-back pacifist stoners. I save up all of my evil energy and channel it for Halloween. Why? Because being mischievous is fun as hell, but I’d never risk getting in trouble on any regular day. With so much deviousness going on around Halloween, it just makes sense to use this time to stir up some drama. Plus it’s another reason to lift myself off the couch and go outside. Smashing pumpkins, toilet papering houses, throwing eggs, spraying shaving cream, and running away giggling like an idiot account of some of my fondest high-as-fuck-o-ween memories, most of which are kinda hazy. Go figure. 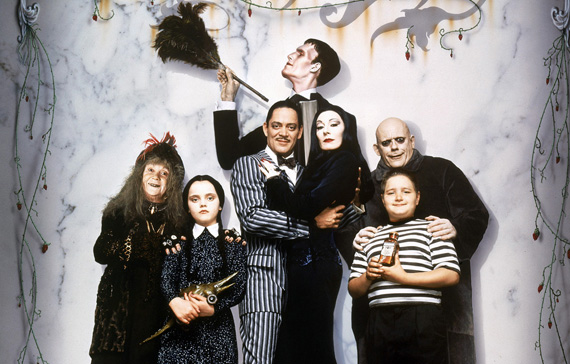 I almost forgot about this one. Nothing beats out the creepy nostalgia of Halloween movie marathons. ABC Family’s 13 Nights of Halloween is particularly spellbinding (pun definitely intended). Yes, I just admitted to watching ABC Family, you wanna go? Hear me out: the channel shows some of the best cheesy, old school, family Halloween movies like Edward Scissorhands, The Goonies, Jumanji, Hocus Pocus, Willy Wonka, Beetlejuice, Addam’s Family, Casper, and Matilda. The best part? They show them on repeat, everyday, so there’s absolutely no chance of you missing your favorite Halloween flick. And that’s just one channel. Hello recliner, meet my ass – you two are gonna be the best of friends. 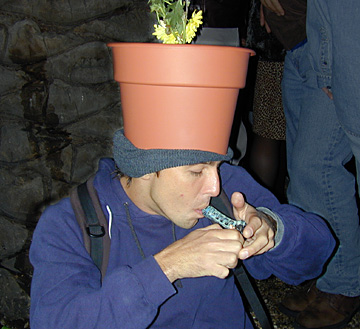 Some people are just professionals when it comes to Halloween costumes. I don’t know how people can be so topical, innovative, and witty with their gimmick – and no I’m not talking about that guy who slaps a pot on his head and calls himself a pothead. A few years ago I saw someone dress up as Steve Irwin for Halloween, not more than a few months after he died. The dude had a paper mache sting ray coming out of his gut. It was perfect. Last year I saw a billion people dressed up as Avatars, which is the furthest thing from original, but if done right has the potential to be mindblowingly cool. Instead of socializing and drinking like a normal human being, I’m likely to get stoned as hell and just marvel at all the sweet costumes around me. Girls don’t kid yourselves: the best thing you can do is get as slutty as possible – avoid innovation and originality at all costs. 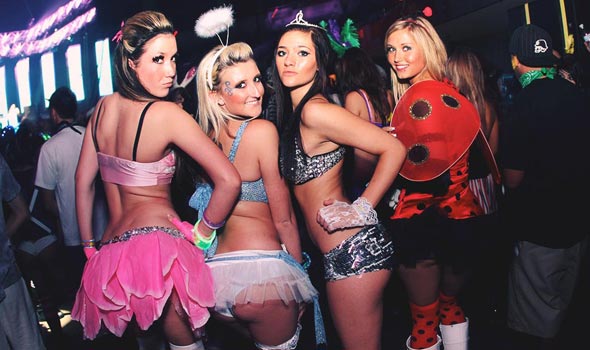 This is definitely the #1 reason that we tokers love Halloween so much. Smoking pot all the time severely lowers your motivation to do anything at all, hence all the couch sitting and TV watching. So it goes without saying that going out and trying to wrangle myself a vagina to bring home isn’t a huge priority when I’ve got a perfectly good hand and lots of Internet porn at my immediate disposal. It just requires way too much effort to convince a girl that you’re listening to her speak about nonsense when you don’t really care in the least. But Halloween makes it super duper easy. Every girl looks hotter than usual, every girl is getting sloppy wasted, and everyone’s inhibitions are lowered tenfold. That means that you might not even have to say a word to pull a girl. Just shoot “the look” her way and you’ll be good to go. Just hope that your hand isn’t the jealous type.

Must Have: The “I’m Getting Arrested” Android App

College Candy: What Girls’ “Sexy” Halloween Costumes Say About Them 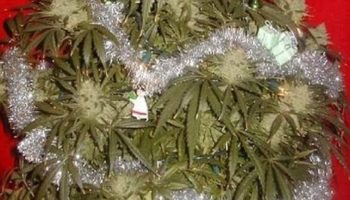 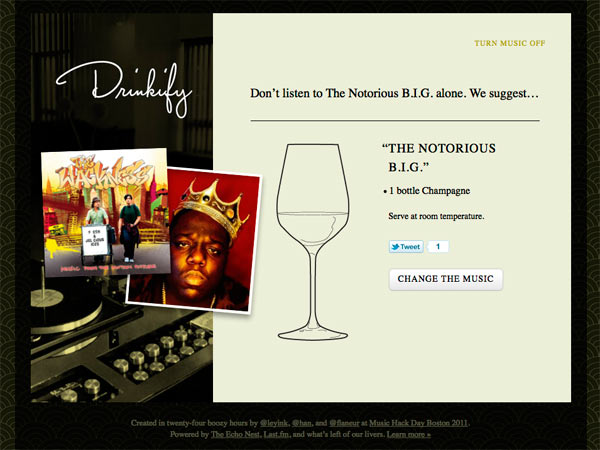