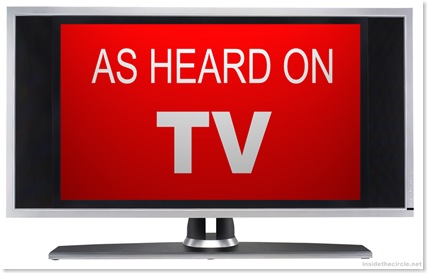 Ever since I began my career in marketing, I have viewed the world in a completely different way when it comes to advertising. Whether it is advertising on billboards, a commercial for our favorite beer, food, car, pill, or even the simplest Pandora audio commercial, you have to see plainly the brand message that a company is trying to convey. Lately I have been paying more attention to the music behind the scenes of commercials, and which audiences they are aimed at and how they affect them. Even the music in the intro to your favorite movie can be so enticing that it can single-handedly create a character or set the mood for a scene. Take for example the opening scene to Hangover 2: Jay-Z’s Reminder grabs us by the balls right off the bat, and everyone in the crowd is bobbing their heads and getting ready to be entertained by Bradley Cooper and the inevitable first line “Tracy, we did it again.” You get the picture. Here are 7 awesome songs that will forever be attached to commercials and brands. You totally downloaded them too.

One of my favorite commercials that always makes me feel like a socialite, and of course, long for one of those savory dark green bottles in my hand is called the “Heineken Best Entrance.” This guy walks in to some extravagant party like one suave motherfucker that’s ready to drink up, party and get laid. When this suited up, lady killer arrives, he makes his rounds with some inside jokes alongside some of his  friends. Now that’s what I call an entrance!

In the background we have a song called “The Golden Age,” sung by one sexy blond who is actually seen at the end of the commercial, dancing upon a ledge as the center piece of the party. Her name you ask? Mette Lindenberg, born in Copenhagen, Denmark. Her band, The Asteroid Galaxy Tour prides themselves on their pop funk sound, and has so far released one awesome album, entitled Fruit. I highly recommend downloading or purchasing (Ha!) their album immediately.  Since the release of this socialitesque  commercial, their song, featured in both the video above and below, has been viewed well over a 1 million times by fanatics. You can catch The Asteroid Galaxy Tour performing internationally, but personally I am hoping they make their way to The States some time soon.

Ahh yes, the Cadillacs SRX commercial featuring Phenonix’s hit “1901.” Pheonix, who hails from France, has been touring across the United States. Although Pheonix has been around since 2000, they’ve just recently become very popular with an extremely eclectic sound, mixed with keyboards, guitars and light strums on the third and fourth strings. Their recent CD, Wolfgang Amedeus, has sold over 500,000 copies in the U.S. alone and has made a huge impact on the indie rock scene. Fun fact: they are extremely tight with one of our favorite pioneers of techno, Daft Punk, who have made surprise appearances on the Pheonix’s tour. No question, if you’re a hipster, you are out of the loop if you have not listened to Wolfgang Amedeus from beginning to end. If you decide to pick up their album, I would suggest listening to “Love Like A Sunset” and “Rome.” Both highly intense songs, that I love for a nice blunt ride.

The new Jeep Cherokee is a badass 4X4 with a ton of amenities that will keep you crashing through the roughest terrains, whether you’re plowing off road or pummeling through the snow.  First trademarked in 1943, you would think that a song like “God’s Gonna Gut You Down” by Johnny Cash might not be the first choice to play in the new commercial for this all-terrain vehicle. The song sends a clear message:  this ain’t no truck for soccer moms.  Johnny Cash would be honored.

KIA Soul Commercial: Black Sheep – “The Choice Is Yours”

“Whose a Black Sheep, What’s A Black sheep.” You know what this makes me think of? Scrolling through my T.V. listings and just when I think I am about to see Chris Farely unintentionally say “kill whitey,” it’s that other “Black Sheep,” the one about the killer sheep. But that’s neither here nor there. Black Sheep’s (the band) familiar track has been featured in a Funkmaster Flex remix, and most recently in this clever commercial for a Kia Soul. What more is there to say? It’s just a fun commercial to watch with a gangsta beat to it. Tell me you didn’t laugh the first time you saw this, and I’d have to ask what kind of sense of humor do you have? I mean c’mon, when was the last time you saw a hamster sitting shot gun, instead of running on a never ending wheel. Check out the original video below, from this 1992 throwback.

Well it seems that indie music has just conquered the radio and sound waves, and always makes us ask ourselves that familiar question…who sings that song? I remember when it used to be nothing but cookie-cutter rock, with tired old lyrics about being fed up with life and  how much your parents sucked. Now rock groups are going against the grain, with strange new sounds, that are making listeners deter away from the common, ordinary sound that Green Day’s Nimrod used to offer.

Seems HP has taken advantage of this revolution, by using Vampire Weekend’s “A-Punk,” a tune that you can also catch in the beginning of “Step Brothers” with Will Farrell and John C. Riley. This song, along with The Kids Don’t Stand a Chance (recently sampled by B.O.B.) has caught my attention through commercials like HP’s, and being dispersed through other attention getting platforms. Vampire Weekend was nominated for a Grammy Award for their recent album, Contra, and has toured with the Shins. Personally, I am not the biggest fan of this group, but I’m not surprised that many do. Check out the video for “A-Punk” below.

Zale’s “I’m Speechless” Commercial: The Black Keys – “Girl Is On My Mind”

It gives me great pleasure to talk about one of my favorite bands, one that I have been into since my college days at the University of Albany. I give credit to my good friend Bush (not the President), for introducing me to these guys. If you are not familiar with The Black Keys, it’s time you get your act together and listen to what modern day vintage rock sounds like. This two man group, made up of Dan Auerbach (guitarist/vocalist) and Patrick Carney (drummer/producer), knows how to shred their tunes and blast out decibels, that would make Scott Pilgrim shit blue hair out of his ass.

This single comes straight off their 2004, Rubber Factory album. As you can read from the title of the commercial and the name of the song, this was a great choice by the producer. Originally from Akron, Ohio these two rockers are now being sampled in backdrops of commercials, have been featured on HBO’s Entourage (when Ari flips out on the German director) and also can be heard as the introduction music to HBO’s Hung with “I’ll Be Your Man.” I suggest downloading their entire discography to get a good feel for this group or at the very least pick up their recent album Brothers that sold 73,000 copies in its first week of release.

Last but not least, another popular band that has been touring recently is The New Pornographers. Formed in 1997, this Canadian Band can be found bursting in the airwaves with such songs like “Moves” and “Your Hands (Together).” The New Pornographers with an array of new independent melodies. It is no wonder that Television producers have been drawn to their original music and sampling scores to amplify a brand message of “togetherness.” Recently touring at Terminal 5 in NYC and various other locations in the U.S., The New Pornographers will keep a listener listening. I am not going to say run and download this, however, I will tell you to try everything once.