Agassi and Sampras: Trade Serves and Insults at Fundraiser

There have been few better showmen in tennis over the years as Andre Agassi, but for once things went a little sour over the weekend as he and Pete Sampras managed to turn what was intended to be a charity event in aid of the Haiti earthquake fund into a very public, very personal slanging match.  Check out the video and analysis below.

The two former champions had been invited to join Roger Federer and Rafael Nadal for a doubles in front of 16,000 supporters at the BNP Paribas Open. The two have never been the best of friends and had not been on the same court together since the 2002 US Open final.

Relations have been especially tense since the release of Agassi’s autobiography, Open, late last year, in which he accused Sampras of being a cheapskate, referring to an incident where Sampras had reportedly given a tip of only $1 dollar for valet parking.

All four players were wearing microphones and the banter was flying, but things got ugly when the two Americans lost their rag.

Responding to a comment from Agassi about how serious he was being, Sampras did a well-observed imitation of Agassi’s pigeon-toed walk, prompting his rival to turn his pockets inside out and say: “I don’t have any money. No, wait, I’ve got a dollar, before adding: “It’s all fun and games until somebody gets hurt, huh?”

The response from Sampras could not have been any clearer as he aimed a serve directly at Agassi’s head. “If that’s the way you want to play it,” Sampras said.

Agassi retorted: “You know what, it’s better than being a valet driver and you pulling up.” And when Sampras said: “You got personal with me,” Agassi replied: “No, no, everybody knows it already, Pete. Nothing personal.”

Federer, who had organised a similar event at the Australian Open in January, was not amused. The Swiss considered the showpiece as his baby and witnessing two former greats of the game sabotage it in favour of airing their row in public did not go down well.

The ever diplomatic Nadal pleaded ignorance of the altercation. “During the match, I didn’t understand anything,” he said. “That’s the truth. They speak very fast for me.”

When later he was told what had been said, he was equally unwilling to lay the blame with one over the other. “It is not easy to [have the microphone on],” he said. “It seems like you have to say something all the time … to be nice all the time. I think they tried to have fun. I didn’t feel any tension, that’s what I can say.”

The two men embraced at the net afterwards but organisers had hoped they would give a press conference to promote the event, which raised more than $1 million. Neither showed.

It's Official! Lady Gaga Does Not Have a Cock! 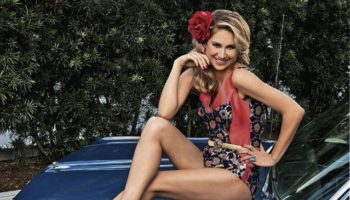 Anna Kournikova Is Back, And Not On The Tennis Court (Gallery) 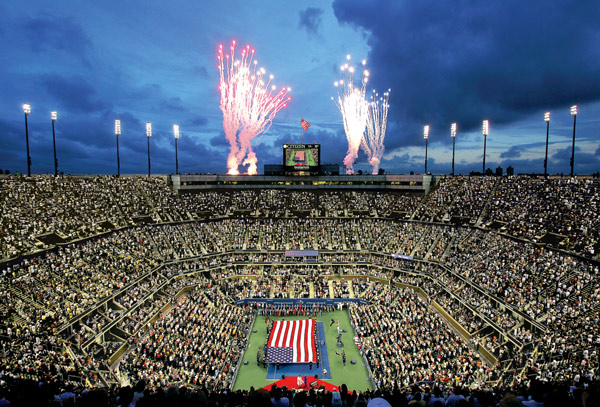 5 Reasons You Should Be Watching The 2011 US Open

The 11 Hottest Tennis Chicks of the 2011 Australian Open