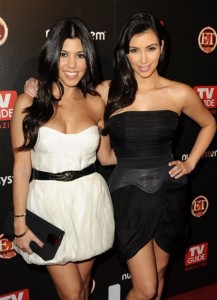 Perfect, yet another reality show about so-called fabulous people that will only make our generation more shallow. Not to sound too cynical or anything, but all this stuff needs to stop, though that’s another issue entirely. I’m, of course, referring to the Kardashians. Yes, I think Kim is absolutely beautiful and has an awesome body, but I just think their shows are so annoying. Anyway, though, for all you Kardashian lovers, it just doesn’t stop, as the sisters prepare for their newest show to debut in January. 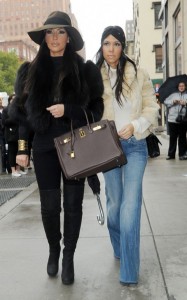 After the success of Keeping Up With The Kardashians, it comes as no surprise a second series is under way. This series will mainly be focusing on the struggles Kim and Kourtney faced as they opened their newest retail store, Dash Soho, in New York City.

“Since we were filming Kourtney & Kim Take New York while opening our newest Dash boutique, we were shocked at how much harder it was to open a store in New York as compared to Los Angeles and Miami,” Kourtney told PEOPLE as she hosted a CIROC Vodka New Year’s Eve Party in Miami Beach.

How the girls handled such intense retail pressure, as well as Kim’s single life, will be some of the highlights of this new E! series.

“We had a blast,” Kourtney says, regarding filming the show. “It also gave Kim and I the chance to spend a lot of time together like we did growing up.”