Another Trip To The Trailer Park

Welcome to the second edition of THE TRAILER PARK, which will no longer come with an explanation of what it is, so if you do not catch on easily…I would recommend either finding a buddy who does or jumping off a relatively high ledge at some point.

I have to be honest. I am somewhat biased seeing as that I know a couple guys who worked on this film and explained to me what mind-blowing techniques were used to shoot this film, most of which contains cutting edge visual effects responsible for most of the fairly low budget considering the scope of the film. Skyline has an opportunity to be this year’s District 9, with technology slowly becoming more affordable to the smaller film, as is seen here by the pretty jaw-dropping effects you see in the trailer. I must admit, Iwould consider this current trailer to be a TEASER, as it does not reveal much of the plot but sure as hell does a solid job of luring you in with the visuals. Much like District 9’s initial campaign, don’t be surprised if the people behind Skyline choose a similar strategy, one used by other “out of this world” movies like Cloverfield, where much is left to be discovered upon your initial viewing of the film itself. District 9 was a very successful film, making way more than it’s 30million dollar budget and even scoring a Best Picture nomination at the Oscars. If Skyline garners even half of the buzz that D9 did than it should be considered a success. This specific trailer does not do much for the viewer as far as story or plot are concerned, but the visuals should be enough to get people excited for what the next trailer might behold. Aliens are no longer a subject matter that requires $200 million dollar budgets and the corporate fingerprints that must accompany all films of that magnitude. Skyline is the most recent in a string of films that finally return the popular sci-fi genre to the people that were born to discover, create and deliver it. This film could certainly be a sleeper.

This trailer was released a few months ago but I had to dust it off and review it in The Trailer Park cause I think it is one of the best trailers in a while. A pretty standard formula at this point, the preview for TAB gives you the set up, reveals it’s stars, then flips it on it’s head and shows you the darker and more mysterious world that the movie takes place in. TAB seems to be an updated version of the whole “they are always watching” and “you have no control over your fate” plotlines that seem to fuel a bunch of mediocre films in the 80’s and 90’s. The Orwellian battle that takes place between free will and destiny rears it’s ugly head as Matt Damon runs from Roger Sterling (Mad Men) and bunch of other scary men in hats that seem to have control over the entire world, not just his. Will he choose love? Most likely as it seems like the better part of this movie will be spent with Damon running through the streets with co-star Emily Blunt (who I am not completely sold on yet). Will he be able to outmatch and outwit his much better prepared antagonists, supported by technological and scientific advantages that might be really cool additions to the film depending on how well they are explained (see the part where the guy is being held in place by a red laser to the neck)? That is what I believe people will pay to see. It feels good to see Damon in what looks to be a pretty original thriller that doesn’t involve the government or the army. On top of it all…The Adjustment Bureau is a pretty cool little title as well. This movie isn’t being talked about but could be a nice solid crowd pleaser.

Finally they release a trailer that actually shows part of the film and I am not going to lie…I am somewhat disappointed. Forgetting the fact that they chose to soundtrack the entire thing with this corny classical chorus version of Radiohead’s Creep, the trailer seems to show that maybe a movie about the creation of Facebook WON’T actually be that exciting. Showing a bunch of college aged kids running around like Tom Cruise in The Firm with that larger than life song playing in the background really gave me “lame” vibe rather than the cool hipster “finally this movie is being made” vibe that I think they were going for. Timberlake, although I do like the guy, seems completely out of place and miscast in this movie…but only time will tell. I still give the movie an optimistic B+ cause it IS David Fincher but this movie could be pretty boring. Just throwing that out there. Not the best trailer.

The Ballad of Steven Slater, The Truth About Size, Summer Movies That Should NOT Be in 3D 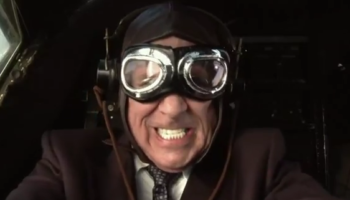 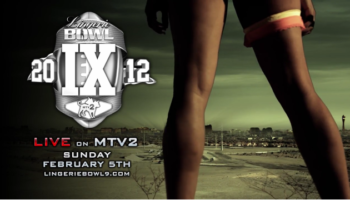