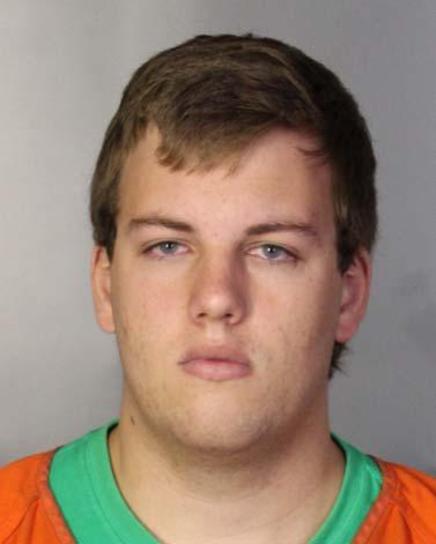 Sexual assault never gets old, I guess. This time the controversy surrounds 20-year-old Robert Cole, a student at Baylor University (Texas) who did exactly as the headline suggests. Continue reading for more gruesome details…you know you want to…

So the story goes: Young Mr. Cole and his unnamed female friend went to a rager back in January on the 1200 block of Wood Avenue. Both parties proceeded to get slobbering drunk. The girl then made a complete fool of herself in front of the whole party, and her friend (not Robert, by the way) led her into a bedroom to lay down, pass out, and sober up. That’s innocent enough, right?

The next day, Bobby gloated about the conquest to ALL of his friends. Bob, you must be a very sad boy if the most play you get is from a sleeping chick who doesn’t even touch your junk. Wait, wait, it gets better: He even tells the girl that he did it to, expecting her to laugh along with him, and maybe even fall for his wildly boyish antics. Needless to say, she didn’t find it so funny, although I’m sure she learned a lesson: Don’t pass out with your mouth open.

Soon after, she reported it to the police. Last Wednesday, a warrant was issued for Robert Cole’s arrest. Wait a minute…it took police five months to arrest this kid? Imagine how many mouths he’s busted his load into since then! Regardless of the serial nutting spree he’s been on since January, Cole turned himself in today, was charged with sexual assault, and was been released on $25,000 bond.

Texas Longhorns: Something to Prove

Big Boss Gets Fit: Cross Training for the Austin 10k Plus

Your Marathon on Steroids