Behind the Scenes at CollegeFashionista.com 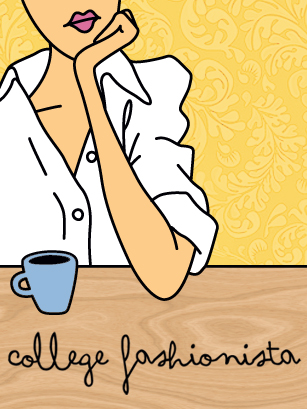 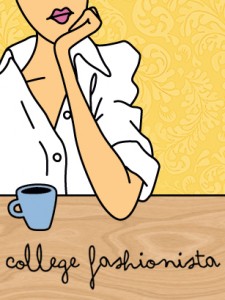 Not sure what to wear today? Check out CollegeFashionista, the website that’s becoming “The Facebook of Fashion” thanks to its founder, 23-year-old IU alum Amy Levin. She’s like Mark Zuckerberg, but with cuter clothes.

The Start of Something Stylish 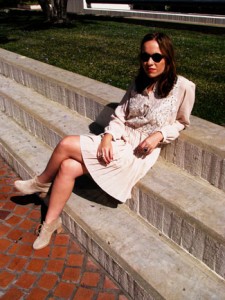 After majoring in apparel and business at Indiana University and working as a WGSN trend reporter in London, Amy Levin noticed something: college students weren’t just going to class in their sweats anymore.

“College is an interesting time. There are a lot of fashion-savvy individuals determining the trends at campuses across the country. And what works at Loyola in Chicago might not work at the University of Miami,” said Amy.

So she started a personal blog about campus fashion at IU, but got so much interest from students at other big universities that she knew it was time to expand. So she drew up a business plan, brought on investors, and in August 2009, she launched collegefashionista.com. “It was so nerve-wracking to take this big risk,” she said.

That risk has definitely paid off. Since then, the site has expanded to over 90 schools across the country, attracting advertisers like Juicy Couture and Victoria’s Secret. CollegeFashionista also contributes to a regular column for USA Today. “In five years, the sky’s the limit,” said Amy, who plans to expand into the UK and Australia markets soon.

Thinking about starting your own site? Amy says just go for it. “There’s a huge learning curve; you need to have familiarity with the Internet and a lot of writing experience. Starting your own business has its ups and downs, but in the end, it’s definitely worth it,” she said.

Who are the writers Amy trusts to scout out the trends on their campus? Meet Style Guru and blogger Kristin Byrne, a senior at Loyola University Chicago, who reports on everything from faux fur to final exam fashion. 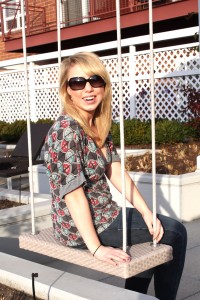 “Fashion is a choice you make every morning about you who want to be. It’s an area of life to be expressive,” said Kristin, an English and French major who currently works at Coach.

Since last June, Kristin has been keeping her eyes peeled for stylish students on and around the Loyola campus. She then snaps their picture to be featured in an article on the site.

“[Loyola] is hipster nation, but you also see a lot of fashion influenced by Gossip Girl—Tory Burch flats, Sperrys, etc.” she said. Though she often features friends and sorority sisters for articles, she finds a lot of inspiration in street style from all around Chicago.

“My favorite post was about concert-wear that featured a girl I met in Lincoln Park. I just love the combination of raw materials, like glitter on leather.”

And the worst outfit she’s spotted?

“This girl once showed up to class in Uggs, a tank top tucked into a skirt, and major cleavage. It was like an Alaskan princess gone bad,” remembers Kristin, who prefers a more classic, polished look. 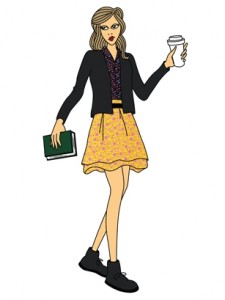 Although it’s tempting to reach for the Tweety Bird pajama pants in the morning, one of the easiest ways to update your style is to throw on a pair of jeans, according to Kristin.

“Making the effort for jeans is huge. And doing little things, like adding a scarf, can really make a difference in how you present yourself,” she said.

Amy Levin also advises, “Find comfort with your fashion choices and don’t worry about what anyone else thinks of you. At the end of the day you have to be happy with who you are! And shop vintage. It’s the best way to incorporate new pieces into your wardrobe on a budget.”

So the next time you get dressed, get inspired to try something new. Who knows, your picture just might end up on CollegeFashionista.

Fashion Advice: Taking In the Old With the New

What to Wear at Delaware