Alright music junkies, about a week ago I put up an article about the top 5 shows in Texas. I only gave you 3 shows to start with because I wrote so heavily and I know nobody wants to sit here and read a dissertation so I broke it up. Here is the second half and also what I feel is the stronger half of live music this month. These shows are on back to back days but if you care enough about original, outstanding, and emotionally powerful sounds you wont miss either one! So here we go!

April 28th, 2010: Coheed and Cambria w/ Circa Survive in Austin at Stubb’s

Two of underground rock’s greatest influences will be playing together in Austin in April. If you have any kind of pride in your music tastes and claim to have an amicable appreciation for artistic expression, be there.

Coheed and Cambria is an amazing hardcore, post hardcore, hardcore punk, indie band that has moved to a more alternative and progressive rock sound. I know that’s a lot of “hardcore” and genre spanning descriptions, but I’m trying my best here. There is no way to truly understand their amazing sound without listening to it for your self. Coheed creates concept albums in a continuous timeline that represents a science fiction story created by lead singer Claudio Sanchez.

Circa Survive has a similar industrious girth that Coheed swaggers with. Led by Anthony Green, former Saosin frontman, Circa Survive has only been around since ’05. Albeit young, this indie scene prodigy is far from inexperienced.  Their sounds merge to create an ambient, alternative indie mix that tantalizes the musical palate of all listeners. These ambitious notes are founded upon a lyrical database that could impress even the most devout of philosophers. Green’s ambition to break emotional barriers and produce rhetoric that could create history is what continues to put this band on an artistic pedestal.

Talk about a band that has not slowed down, Phoenix ladies and gentlemen is going to be the next big band of our generation, seriously. Plastered together in ’95 out of Paris, Phoenix has been working hard and has everything to show for it. Spending 5 years in local bars and hot spots in Europe, Phoenix only had the resources to press 500 copies of their only single at that time. Finally in 2000, Phoenix produced their debut album “United”. Ever since then it has been nothing but alternative break throughs for our foreign friends. Phoenix has since been touring across 3 different continents and has released 4 more albums, their latest being “Wolfgang Amadeus Phoenix”, which dropped in ’09. Recently in January, Phoenix won their first Grammy for Best Alternative Music Album. Ladies and gentlemen, I kid you not, this band is destined for greatness and we as a generation have the opportunity to witness this. Pick up a copy of anything that this alternative phenom has created and enjoy the eargasm you experience. And come find me at Stubb’s April 29th.

There you have it. Enjoy my Socialite Zombies and get out there and get a hold of some of this music. If you can’t get to either one of these shows at least pick up their tunes and give them a shot. Honestly in my opinion, and I’m not a music snob I sware, you owe it to yourselves to get a little bit of these sounds in your life. Next up I’m putting together a little something on some soul and some phunk. The good stuff from a good man who is all to creative and resourceful with instruments like you would not believe! Take care my Socialites and we will converse soon.

Take Me Out to the Twins Game 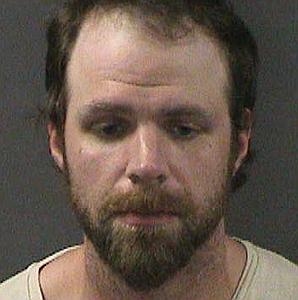 The Campus Socialite Party At University Of Texas At San Antonio