Big Boss Sounds Off: $1.50 Bud Lights and the Cat Who Stalks the Night

So this week I headed to The Cantina to meet up with a few friends for a few brews. I had not been in quite a while and when I got there I had remembered why; the line was nuts to get in and the line at the bar was even more ridiculous. Bad idea Tony, what were you thinking?

Being the clever man that I can be sometime, I told the door guy that I knew the band (which I kind of did) and I got walked in past the 20 poor saps waiting at the door. The set that night was DJ Catwalk with Mike Gomez, an awesome duo of hip hop spins to the beat of a spastic drummer who knew how to get down. But we’ll get to that in a few.  So I found my friends after I grabbed a couple of beers (so I didn’t have to go back so soon. See? So clever…). I found my people and after a few minutes I finally started to relax a bit and enjoy myself. It wasn’t as bad as I had previously thought. The crowd was a younger college crowd, as was expected, but there’s a beauty in this. Younger college students just want their music loud, their drinks cheap, and a place to get down with good company. In case you haven’t been or have forgotten, this place has all these things.

I think I’ve gotten a little snobbish since I’ve been going to pubs and bars that attract an older clientele. This trip to The Cantina gave me a chance to get back to more of a fruitless night life that in all honesty is pretty great! The best part is its right next to campus, so it’s incredibly central and easy to get to for most resident students. If you have a presentation that you’re nervous about or have test anxiety, stop in for a quick brew and it fixes everything. You should still study though, and I discourage drinking before doing anything that judges you, especially academics. Or do I?

And now on to our entertainment for that particular evening, DJ Catwalk, an inventive female DJ from San Antonio. I had met Catwalk, Brittany Guzman, about a week prior to this event to let her know I was interested in her sound and the things she was doing. Being a student and the fact that she was spinning in bars and clubs after just one year of experience was definitely a must for column coverage. Not only did this get her instant Socialite press worthiness, but the fact that she’s a motivated young lady looking to push and change the music scene is reason enough to find out more about her.

While she was a sophomore, Guzman was getting into music engineering and production while she interned with the Keith Harter Music Studio here in San Antonio. After about a year we have DJ Catwalk. A female DJ with an inane interest to change the stuck up music scene in San Antonio (one thing we have in common by the way).

Catwalk has so much musical influence in all things she spins and mixes that she truly couldn’t name them all, but one name truly stuck with me. “Jack White for sure, that man is a creative genius.” Catwalk definitely had no problem announcing her affinity for The White Stripes/Raconteur front man. To be honest, anyone who stands by that man and his talent is good to go in my book, so Catwalk had already had a leg up.

On certain nights and sets, our local DJ pairs up with a drummer, Mike Gomez, to add a creative and colorful flair. Gomez is a fantastic drummer with an insane amount of energy and hits the sticks harder than a lot of local drummers I’ve witnessed. Catwalk throws down tracks that purposely look for certain snares, high hats, and pounding bass that Gomez willingly applies. It’s an interesting relationship the two have; knowing how to play off of each other as well as what to play for one another.

With a flawless passion for perfection and a hunger for music innovation, Catwalk hopes, plans, and produces sounds and mixes that will trail blaze the DJ industry in the south. “I mean, how many female DJ’s can people really name? I only know of a few off the top of my head.” Catwalk understands the lack of female recognition on the 1’s and 2’s and she plans to change that.

Having high goals and thirsty ambition is what motivates Catwalk to be and stay unique. There is a bright future ahead of this young woman and deserves the support of a strong fan base. UTSA and San Antonio would both be so lucky to have someone come from a stubborn music scene like this one and blow up big in the industry.

DJ Catwalk plays 4 to 5 shows a week all over San Antonio and can be followed closely on Facebook. Check her out and support local student music. Nothing is more inspiring or motivating than someone this young putting themselves out in the music scene with nothing but their own principles and standards to stand on.

Mike Gomez is in and out of town as well as in Austin and can be followed through Facebook as well.

Special thanks go out to The Cantina, Brittany Guzman, and Mike Gomez for their participation. 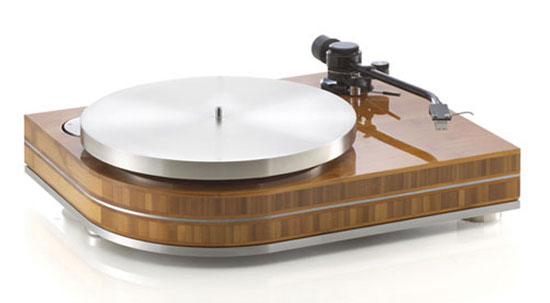 I Own A Turntable, Therefore I Am Better Than You