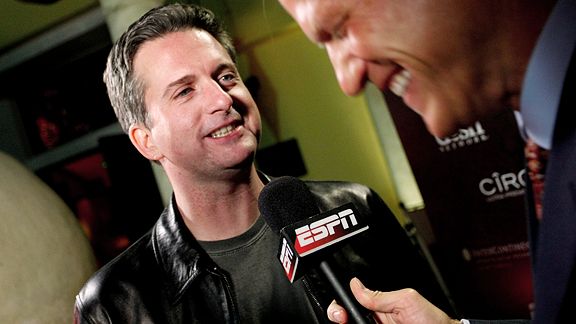 Here in New York, an 0-6 Red Sox start is the best news anyone could hope for. The Red Sox spent more money than anyone during the offseason, acquiring high price free-agents Carl Crawford, and Adrian Gonzales. No team to start a season 0-4, let alone 0-6, has ever won the World Series. As we learn time and time again in Baseball, history is made to be changed, but with 6 straight losses to relatively sub-par teams, Boston might be showing the nation that they aren’t the sure contenders everyone thought they would be. The bad news? Bill Simmons, AKA @Sportsguy33, is refusing to tweet until The Sawx win their first game. Madness has ensued.

With 1,374,000 Twitter followers, Bill Simmons profile might be the most followed sports profile on Twitter. Simmons writes “The Sports Guy” column on ESPN.com, and has also written several books, including most recently The Book Of Basketball. On April 5th, at 11:47 PM, following a 3-1 loss to the Cleveland Indians, Simmons Tweeted simply “I’m not Tweeting again until the Red Sox win.” It was a sad day for sports fans everywhere, or at least in the greater New England area.

Simmons is a Boston native, and avid Red Sox fan, which is obviously the predominant reasoning for his Twitter strike. Before coming to ESPN, Simmons ran his own website Bostonsportsguy.com. The website received national attention, as well as the attention of ESPN, and he was subsequently offered the job he currently holds. As much as I truly believe in all of my heart, that Red Sox fans are a bunch of bandwagon-humping degenerates, Simmons is a fantastic writer, and has maintained an objective stance.

The most interesting, and kind of funny development to come from this event are the bets on who Simmons will mention in his first Tweet back. The current odds are as followed:

I guess the fans have to be first. There the ones that have to suffer the most, even though they are from Boston, and they should probably get used to eternal suffering anyway. As far as players, owners, coaching staff go; with such an awful start, and such a supposedly powerful team, who the fuck knows who to blame. As far as I’m concerned, Boston’s woes are a team effort, and nobody in particular could really be blamed. Personally, if I was Simmons, I’d mention God. We all know he (or she for all you feminists that probably shouldn’t be reading this blog anyway) is a Yankee fan, and if we really are on the brink of apocalypse, you gotta assume that a shit-hole like Boston would be the first city to feel the wrath. 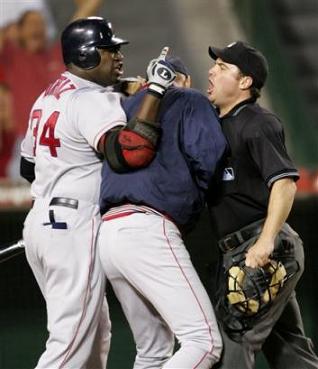 Here’s a question though: What if Boston never wins a game? What if the 2011 Red Sox are the first team to go 0-162? Ok, that’s ridiculous, but who knows, isn’t anything supposed to be possible? Will Simmons never Tweet again? Will all of Boston crumble at it’s foundation? Will the masses of New England ceremoniously fling themselves into the Atlantic Ocean, in ritual suicide? Who knows? It is nice to dream though. Fuck You Boston. Fuck You Sports Guy.

Snooki, JWoww and Pauly D Getting Spin-off Shows on MTV