Bo Ryan is getting blasted on Twitter by ESPN personalities and sports commentators alike and rightfully so. The University of Wisconsin Basketball Coach is restricting red shirted freshman Jarrod Uthoff from transferring. Cases like this happen all the time in the NCAA, with student athletes usually being able to choose where they want to play the following season. What makes this case bizarre is that Bo Ryan must be really pissed that Iowa’s Mr. Basketball 2011 wants to leave Badger Nation. It’s one thing if a coach wants to make sure his player doesn’t end up in the same conference. It’s a pretty dick move altogether when Bo Ryan has blocked Jarrod Uthoff from going to 25 schools including those outside the Big Ten. 25 schools, why don’t you just force him to play Division II basketball while you’re at it? 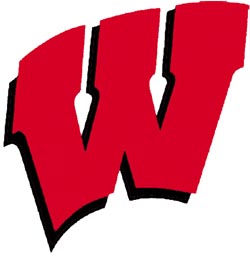 Mike and Mike in the Morning grilled the head coach for making the issue way more complicated than it had to be. Ryan sounded hypocritical practically saying a student athlete should honor his commitment to play at a school even if coaches who notoriously leave for more money or other employees do the same thing. Somebody at Wisconsin should have pulled the plug on this interview because with each sentence, Ryan buried himself in an even deeper hole. This is one of those interviews where its entirely uncomfortable to watch yet still entertaining as hell. For the entire interview click here.

Mel Gibson Back At It Again