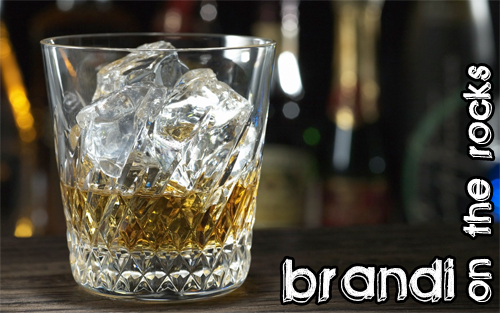 The first official column from Brandi on the Rocks: a weekly column highlighting my drinking antics and adventures. Some of these adventures may involve my study abroad experiences in Ireland, while others will involve my everyday American drinking habits. Hear about my ridiculous night in Galway, Ireland after the jump.

Imagine waking up in a hostel bed in Galway, Ireland with no sheets, wrapped in a semi-soaked blanket wearing someone else’s pants. This was my reality the morning after an Irish-style binge drinking extravaganza one night in Galway.

I found myself asking, “How did I get here, where are my pants and why the hell is everything soaking wet?” An obvious answer to this question is, “Hey girl you got shit-housed and pissed yourself…way to go asshole.” The real story is much, much more fucked up. It all started when my two girlfriends and I arrived at the Galway City Hostel the night prior. Immediately we befriended an Australian, a few Canadians and a group of roaming Irishmen-a recipe for a raging drunken time. We bought a shoulder (personal bottle) of vodka and a liter of rum and commenced the pre-game party in the common room. There were plenty of uncomfortable come-ons and incomprehensible “conversations” before we decided what better to do than hit up the “American-style” pub called Coyotes? Yes that’s right, a bar themed like the one in the movie “Coyote Ugly.” We soon discovered the only recognizable similarity to this place and the one in the movie is a giant wall with pictures of all the actresses from the film. 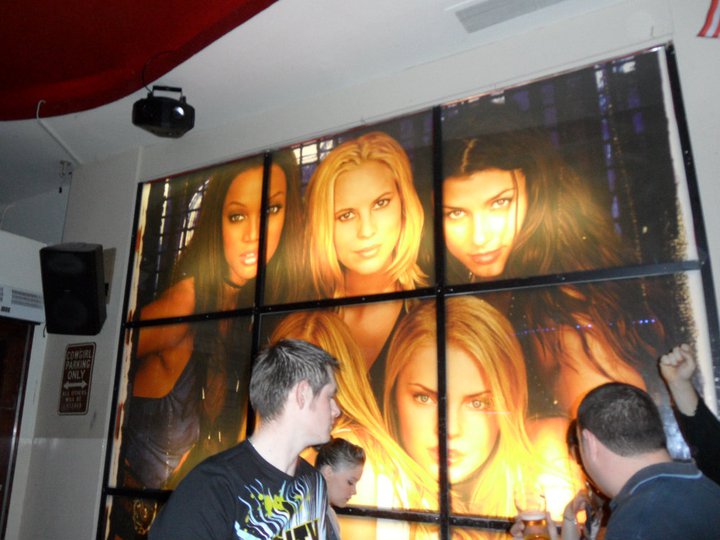 After approximately 3 more drinks and Jager bombs we all valiantly climbed aboard the mechanical bull and failed within the first 13 seconds. This wasn’t one of those bulls that allowed girls to gyrate sexually and put on a nice little show. No, this was a bull with vengeance against its drunken passengers. After our victories aboard the bull, we did yet another Red Eye in a Dirty Glass (chug a pint of Guinness, drop shot of Jameson into empty foamed glass and shoot). I’m not going to lie, at this point I needed to head to the bathroom to ensure I wouldn’t vomit all over everyone, but not before making out with some random guy on the dance floor for the sole reason that he was in my pathway to the restroom. And, of course, I irrationally yelled at everyone in the bathroom who assumed I was puking that I never vomit because I am a champion. How dare they. The rest of my new-found family of European misfits decided it would be best to head back but not before declaring we would vomit in anyone’s eye who got in our way (particularly one annoying S.O.B who wouldn’t shut up about it being his birthday). On the way up the stairs to our hostel bedroom I tell my friend Jenna to tell the Hostel desk worker that he was beautiful. She agrees that this is a FANTASTIC idea, tells him, and scurries up the stairs as fast as her vodka disabled legs could carry her.

Now, here’s where shit gets real fucked up. I apparently wake up some of the 5 or 6 individuals sleeping in our hostel bedroom yelling, “Jenna! Sam! Fix me! I’m wet!” Jenna immediately assumes I pissed myself and gets to work yelling at anyone who questions what is going on so that I would not be upset about defecating on myself. They run down to the beautiful hostel employee and ask for a comforter since everything is all wet (a comforter in Ireland means someone to comfort you…not a blanket. So you can only imagine the look on this hostel worker’s face that the girl who recently told him he was beautiful announced she needed some comfort because everything was all wet). After much confusion they finally get the fucking point across and the irritated hostel worker finally finds me a new blanket. At this point there’s a giant puddle of water in the middle of the room, its 6 a.m., and everyone has been woken up (including some newcomer German woman-thank god they got a chance to experience the American way). Jenna changes me into her clothes and I crawl back into my bed only to awaken the next morning freezing, confused and alarmed. We all sat down and tried to piece together the events of the previous night. Apparently one of our Canadian friends came across me muttering to myself standing in the middle of the room, soaking wet, before I woke everyone up. She said I was clearly A) sleep walking and B) did not piss myself since I was wet from the waist down with an accompanying zigzag of wetness across my chest. In addition she said I smelled soapy….as if I had just taken a shower.

After much debate we realize I had to have slept walked into the men’s bathroom and decided to take a little shower with my clothes on (it couldn’t have been the women’s bathroom because that was located on the first floor and the hostel employee would have seen me sleep walking/showering and been able to piece this all together himself). Not only that, but I had to have crawled back into my bed while still wet since I managed to get my entire bed soaking wet. Needless to say we left that hostel as soon as possible the next day leaving behind a pile of soaking wet linens…and my dignity. *

Silver lining* my status on Facebook had never been so popular:

I apologize for getting obliteratedly drunk, sleep walking and taking a shower in the men’s bathroom with my clothes on and proceeding to get back into bed, sorry to everyone I woke up in room 7 by standing in the middle of the room creating a puddle demanding assistance at 6 am, I have no recollection of these events but they seem too outlandish to be false.

Yours truly,
That American.

Brandi On The Rocks: A Dublin Drinking Abroad Debauchery

Legal Abroad Vs. Illegal in USA

Your Luggage is Lost. Now What?