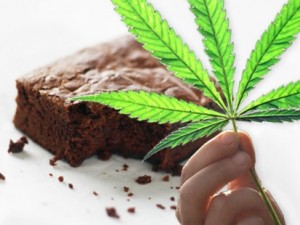 It began like any other night. My boys and I decided to start drinking at about seven o’clock, mixing our Citron Mishka vodka with orange soda, and drinking it like champs… cause that’s how we roll.  We drank about one and a half mixed drinks, then threw back a few shots, before I took my ritualistic half-hour shower and prepped up for the night. When I came out, my boys were all talking about doing something specific, or “trying it out” as I heard.  I heard a knock on my door, and both very confused and wearing only a towel, I answered it. I opened the door to one of our neighbors who, immediately came in and started to collect money from all my boys. What the fuck was going on? I asked them what they’re paying for, and they told me they were buying brownies from our friend. Yes, the fun kind of brownies.

I’d never had a pot brownie before, but because my boys were all doing it, I thought why the fuck not? We figured out a game plan and decided to continue to drink until about ten-thirty, indulge in our herbal cake, and then go to the party.  We were told the brownies wouldn’t set in until about one hour after we ate them, so we figured we’d be at the party when it happened… sick. 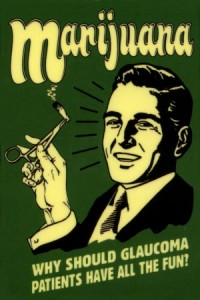 We departed for an epic night, fueled by drug-laced chocolatey goodness.  We arrived at the party, and realized that the back door was open, so we just simply snuck in through the back. Next, we grabbed a few solo cups off the beer pong table and filled our cups with beer from the keg.  We began talking with a bunch of people who were smoking weed outside in the backyard.  They asked us if we wanted a hit and we laughingly refused.  We started walking around the house and passed a kid puking in the sink.  For some reason (most-likely the THC filled brownie now passing through my digestive system), I thought it was the funniest thing I’d ever seen.  I could not stop laughing, to the point of legitimate tearing.  Boy… it was hitting me. 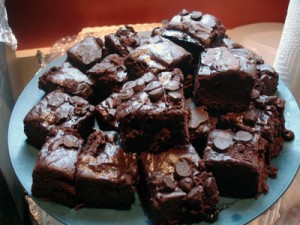 When we finally started to discuss our experience so far, it was apparent that everyone was feeling it hard. Due to the fact that we were basically freaking the fuck out, my boys and I left the party and started walking back.  We were hysterically laughing. Not at anything in particular. Basically just every fucking detail God drew in front of us.  At one point, my buddy walking in front of everyone turned around, and we watched as his smile became a look of pure fear.  We all looked behind us and there’s a big group of guys, all of which look beaten up, as if they’d been fighting.  We decided to pick up the pace and go into Popeye’s to conquer our cravings… and to get out of any potential trouble’s way.  We all went up, ordered food from the register, and looked for an open booth.  My buddy got his food first and sat at an open table with another open booth right next to it.

I got my food and look over at the booth… not empty anymore.  Who’s sitting there? One of the fighting dudes.  He was bleeding from the mouth and  spitting it up on the floor right by my boy’s feet.  All of my friends were freaking out, and in our paranoia, we all thought he followed us there because we were laughing at him or something. In reality however, we would have laughed hysterically at something not even funny… like Japan. Too soon? Ah fuck it. We took our food and started walking back to once again avoid confrontation, and to finally get the fuck away from this dude. 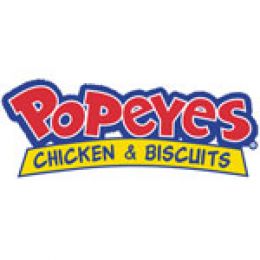 We found a picnic table on campus right in front of the Advisement Office and enjoyed our chicken.  Oh boy was it fucking delicious.  Still, we were literally laughing at everything, until Public Safety drove onto campus and saw us sitting there like a bunch of high assholes.  Let’s face it, we were.  They drove around and we decided to bail.  We sprint-walked all the way back to the dorm where we continued to eat food and be high.  My buddies’ eyes were as red as Satan’s cock and I’m sure mine were up there as well.  The last thing I remembered, we were all watching “Chappelle’s Show” on TV and eating honey-barbeque chicken tenders.  When I woke up the next morning, we were all passed out on this small futon and realized we had to do something very important in the next hour… oh yeah, sign up for housing.  We got our shit together, and by some grace of god, got a house for the next semester.  Along with that, we went out to eat and conversed about our night… and how we hope we will never see the dude with the blood ever again.