October has finally come to a close and you can worry no more. My weekly obsession with Fall themed alcohol will die with the season. Today is all about Halloween: hot girls, a ton of drinking, and hopefully some candy but if you’re gonne be munching on Snickers and Milky Ways all night, you don’t want to ruin it with the bitter shit. Today is the only day I will officially endorse (and approve of) candy inspired cocktails. I tried to find the manliest, hardest hitting ones (not an easy task) and I left the chocolate on the shelf. Remember: the more you drink, the sluttier those girls are gonna look. 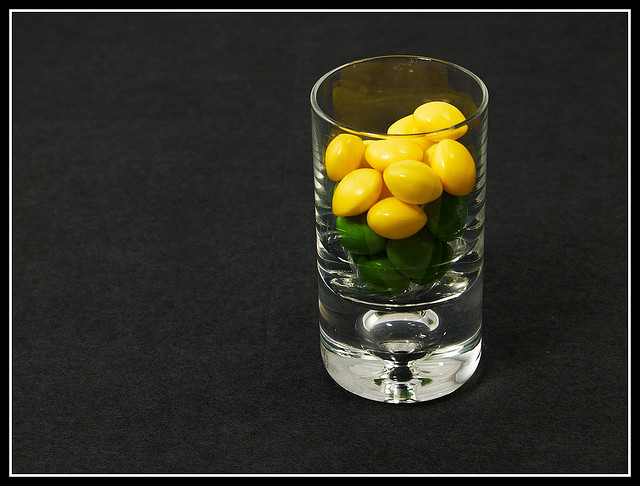 Let’s start with one that’s already kind of a classic. You may have been passed one by a group of girls and almost choked to death on sweetness. The only reason it’s allowed on this list is because it’s Halloween related, bar accesible and it could accurately be referred to as crack for chicks. They’ll drink 10 like water and not even know what hit them. Besides Diabetes. Recipe is simple as fuck. Some kind of flavored Vodka, and a little bit of Sprite. There are more complicated versions and you can throw some actual Skittles in for added effect, but let’s keep this simple. We have to keep at least keep one of our balls, right?

Lewis Black famously states that all the Candy Corn in the world was made in 1970 and that same batch is still in circulation after 40 years. Probably the most on point comment anybody has ever made about candy. Candy Corn is awful, yet somehow everyone, every October, of every year, opens their mouths and stomachs it.

There are other uses besides actually eating it though, for instance, the Candy Corn Cocktail. First you’re going to have to infuse the shit. Take 1/3 of a cup of crumbly, 40 year-old goodness and seal it in a container with 1 cup of white rum. This will only cover a few drinks so you might want to multiply that by 5 or 6 if you wanna do some work. The manly thing to do is take that shit like a shot, but if you wanna get a little fancy with it, mix wih 2 ounces of Grand Marnier, Lemon Juice and 1 egg white. Thrown in some Candy Corn for a garnish and drink, because even Candy Corn tastes better with alcohol. 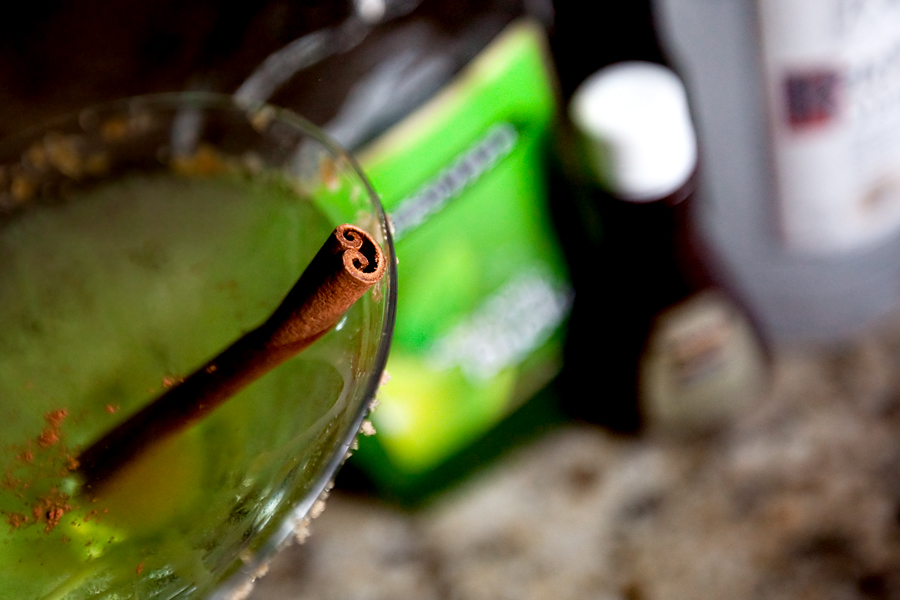 This one would be super girly if it weren’t for the fact that it is 100% liquor and liquer. No flavored Vodka required either. Just some good old Goose or some Crystal Palace (Crystal in some circles) if you’re short on cash. Caramel Apples are more of an all-around fall thing than a Halloween thing, but it’s candy related none the less.

The recipe is simple: just mix 1 part Vodka of your choice with 2 parts Sour Apple Pucker and 2 parts Caramel Schnapps. As gay as Schnapps sounds, there are some pretty heavy ones out there. Personally I would just skip the Scnapps all together. Go 3 parts vodka and 2 parts Sour Apple Pucker, with a splash of caramel syrup. Either way, this one is candy with a much needed kick and that straight liquor burn you’ve grown so accustomed too. Skip the Martini glass and nobody will judge. 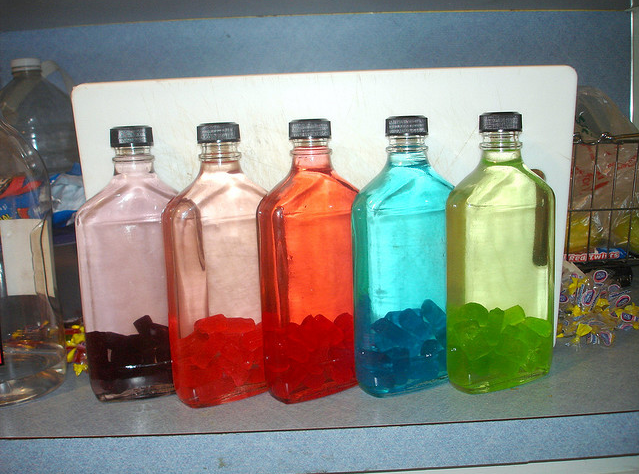 Just like Skittles shots, only more authentic and way more drunk-inducing. Great for the pre-game and a nice Halloween spin on Vodka shots. Like the previously mentioned Candy Corn Cocktail you’re going to have to infuse the Vodka with the Jolly Ranchers. It’s simple. Just dump an entire bottle of Vodka into a container. Then buy a giant Halloween-sized bag of Jolly Ranchers, pick out every single like flavor of your choosing (by your choosing I mean between Sour Apple and Watermelon; the only two flavors that matter) and dump them in too. Let it sit overnight and wake up to pure, pink or green colored, candy-flavored drunk juice. When time comes for the pre-bar shindig, pour into shots and let em rip. They taste great and will make you feel like you’re 10 years-old again. Enjoy it while it lasts, because come November 1st, it’s back to straight shots. 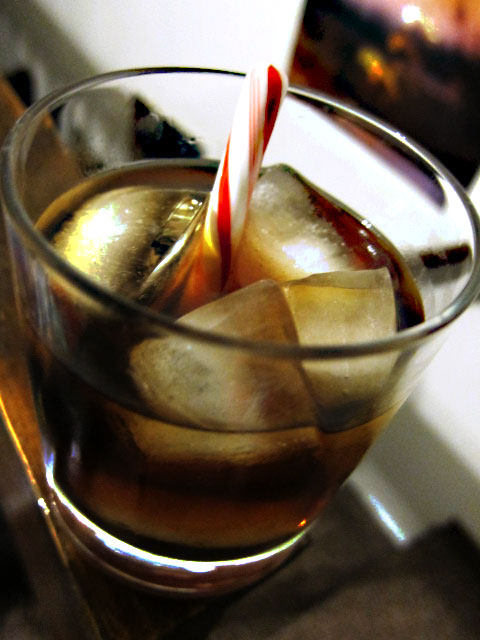 You know what Irish means by now: Whiskey. Come on, did you really think I would leave out everyone’s favorite caramel colored, wild night in a bottle? The inclusion of Whiskey automatically makes this the manliest and shame-free standout of the bunch. And it still tastes like Heaven in a glass. Promise.

This is actually a Christmas recipe but can easily be tweaked for Halloween. Take 2 parts Jameson (or any other Irish Whiskey) and mix it with 1 part Khalua, a splash of Mint Shnapps, and instead of the classic Candy Cane, throw in a couple of peppermints. Yeah, I know Peppermint isn’t exactly Halloween candy, but you try finding Whiskey drinks with candy in them. Bottom line is that it’s hard, delicious, and socially acceptable. If only just for one day. Worst comes to worst, there’s always a bottle of Whiskey sitting on your counter.