BuzzWorthy: 5 of The Most Expensive Liquors in The World 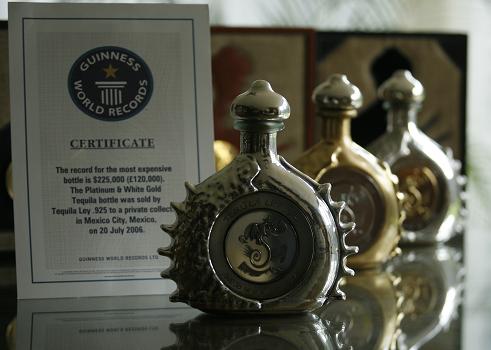 Our 5 Most Expensive Beers in The World article has had un-precedented popularity, and it’s still being linked up all over the internet. Didn’t know you guys rolled like that, but regardless, thank you for the love. For this week’s Buzzworthy, I thought i’d follow up that article with another 5 Most Expensive List, but this time, we’re going liquor. If you thought a bottle of Sam Adams Utopias was over-priced, you’re about to fall off your barstool. Check out the world’s most expensive liquors, by type, and try your hardest not to cringe. 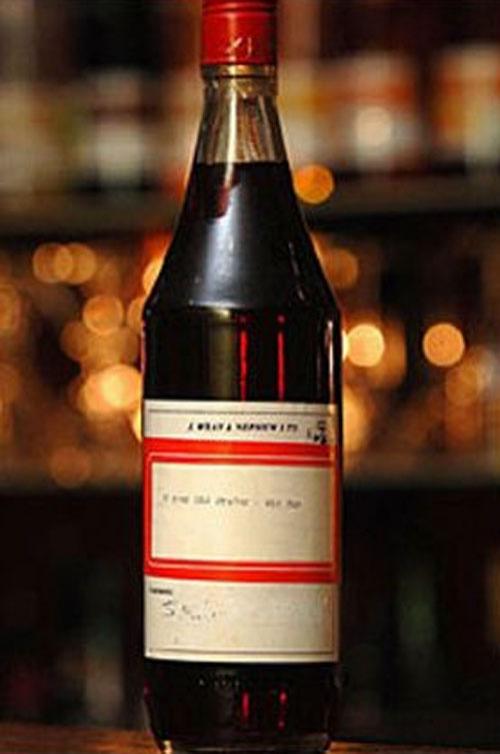 As far as liquor goes, Rum is almost completely deregulated. What that means is as long as distilled sugar cane is the main ingredient, you can flavor it with Watermelon Jolly Ranchers (the only flavor worth mentioning) and it will still be considered Rum. Kinda hard to believe that such a haphazard industry could produce a bottle that is worth over $54,000, but when 4 unopened bottles exist on Earth, and represent a part of Jamaican history that is lost forever, the price increases dramatically.

Wray and Nephew bottled this rum in Jamaica during the 1940’s, blending Rums together that are now up to 90 years old. During the Mai Tai craze, they could not keep up with production demands and were forced to abandon their traditional methods in favor of more efficient, but less quality-assuring systems. These 4 bottles are the only known remnants of classical Jamaican  Rum distillation, and for that reason, they are extremely valuable. The word is there is almost no comparison with the lower-quality, modern Rums, but I wonder if it tastes as good with coke. 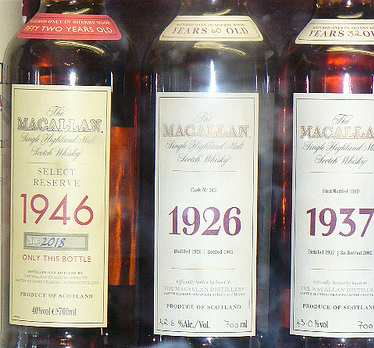 When I thought of the idea for this article, I was sure that the top bottle on this list would be a Scotch. A normal (yet drinkable) bottle of Scotch is pretty expensive as it is, so I thought the most expensive Scotch in the world was sure to be over $100K, but here I stand corrected. The Macallan happens to be my favorite reasonably priced Scotch to order at a bar – the 12 year goes for about $11 a glass – but if you want something with a little more age, just scrounge together $75 Grand or so and pick up a bottle of the 1926.

To be fair, $75,000 is the most expensive of the roughly five different prices that came up in my research, but there’s nothing wrong with a little sensationalism. The collection is completely sold out in any kind of retail establishment, so the only way anyone gets a bottle nowadays is through auctions and haggling (that would explain the price discrepancy). Borgata Hotel in Atlantic City carries a few bottles and you can buy a glass for a reasonable $3,300, so start rolling 7’s now. 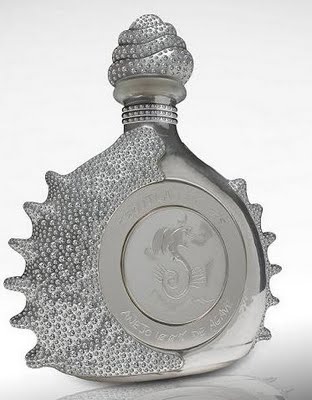 People at weddings go ape-shit for free Patron, but I strongly doubt that any reception you’ve been to was serving up shots of Ultra Premium Ley .925. Unless of course you happen to be good friends with Kim Kardashian, whose Honeymoon panty collection is probably worth more than your house. The bottle in which UPL is contained is gold and platinum plated, and looks more like a medieval torture device than a container.

The $225,000 was dropped at an auction in Mexico City in 2006, and the winner took home a bottle of tripple distilled, 8, 9, and 12 year old Blue Agave Plants. It’s produced by Hacienda La Capilla Distillery in Los Altos, Jalisco, and the bottle was designed by artist Fernando Altamirano, who also happens to be Ley’s CEO. If you need to ask for lime and salt with this one, stick with Jose Cuervo.

Vodka: Scottish Diva, Up to $1 Million 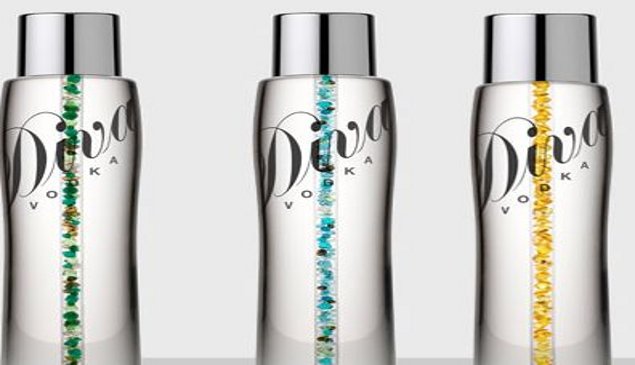 A wise man once told me: there is nothing you can physically do to Vodka to justify the price difference between a bottle of Grey Goose and a bottle of Georgi. Unless of course you stick a string of real diamonds and precious stones in every bottle. A little suprising that the world’s most elegant Vodka comes from the highlands of Scotland and not the tundra of Russia, but not at all surprising that it calls itself “Diva.” Yah, Vodka drinkers, i’m calling you girly.

The crystal and gemstone display on the bottle is actually customized to the buyer, so you don’t necessarily have to spend $1 Mil, but you know what they say: go big or go home. The Vodka is triple-distilled by the Blackstone Distillery  in Scotland. My research didn’t show any availability in the states, but I wouldn’t worry too much anyway. Even if you had $1,000,000 to spend on fermented potatoes, this one seems like it’s all glitz and glam. 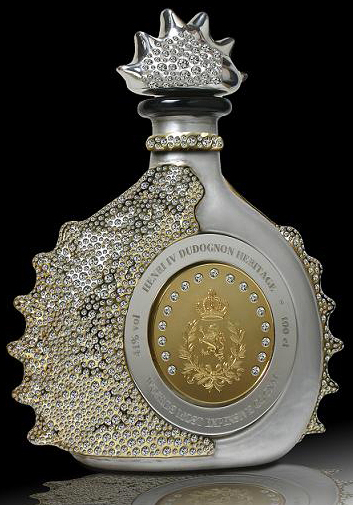 And here you have it, the most expensive liquor in the world: Henri IV Dudognon Heritage, weighing in at $2,000,000, approximately $1,999,974 more than a bottle of Hennesy. I never got into Cognac because it always seemed either really really trashy, or like all things from France tend to be, really really haughty. This is a perfect example.

The bottle looks strangely similar to the Ultra Premium Ley Tequila, but I haven’t been able to prove any kind of connection. Cognacs hail from France, and the reason shit from France is usually very expensive is because people have been living there for around 40,000 years, and consequently, stuff tends to be very old. Henri IV Cognac has been aged for 100 years in Oak barrels that were air-dryed for 5 years before being used. That is attention to detail, and at 41% alcohol by volume, it could knock you on your ass with the best of them.

The bottle is dipped in 24 karat gold, sterling platinum, and bedazzled with exactly 6,500 diamonds. So, if anyone ever tries to steal your bottle, you could probably just throw it at them. Decadent and practical. Where can you find a glass of this prized liquid? My guess is you can’t. The only bottles are probably sitting behind glass cases, in between a 9th century Broad Sword, and a gold-plated Celtic skull. If anyone alive has even tasted this $2,000,000 Cognac, i’d be very surprised.

Meatloaf’s Weekly Meme Dump: The Most Interesting Man In The World 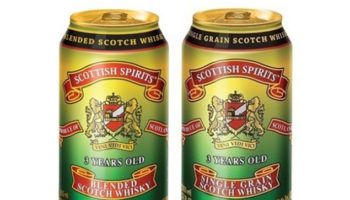 Scottish Spirits’ Scotch In A Can? Sounds Like Trouble 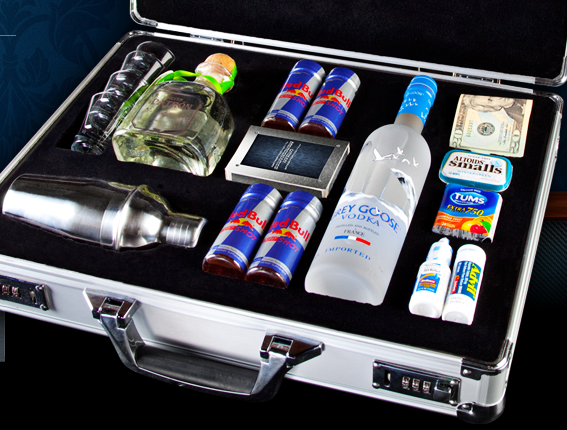 Introducing “The Football.” An All-Out Party In A Suitcase