Real Beer experts will tell you that Beer is made from only 4 ingredients: yeast, malts, hops and water. It’s the relative proportions and varieties within those 4 ingredients that give different Beers their unique flavors. Once in a while though, a brewer decides his Beer needs one more flavor. Maybe two. Something to really put it over the edge. Sometimes it works, sometimes it doesn’t and sometimes it’s just fucking weird. Right below, I’ve listed 5 flavor concoctions you never wanted to imagine would be in Beer. And although I haven’t tried all of them, I’m going to guess that our skepticism is well-founded. 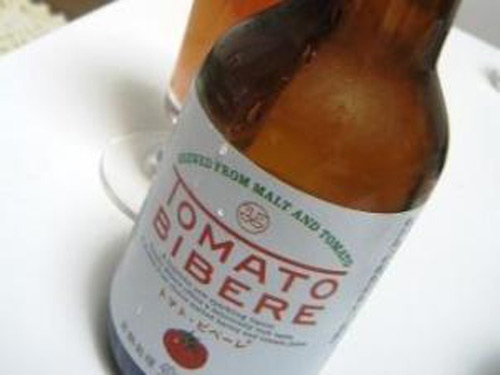 My automatic first thought was “Do those Italians have to put Tomato in everything?!?” Turns out this Beer is from Japan though. If you’ve journeyed past Sushi and Teriyaki Chicken, you know that the Japanese have some weird taste when it comes to food. Considering my friend literally ate a thinly sliced Bull Penis at a Japanese restaurant, Tomato Beer isn’t such a surprise.  It is actually brewed from real tomatoes, so points for authenticity, but aside from the legendary Bloody Mary, I’m not really looking to have my alcohol taste like Ketchup. Or look like intestinal bleeding on the way out. 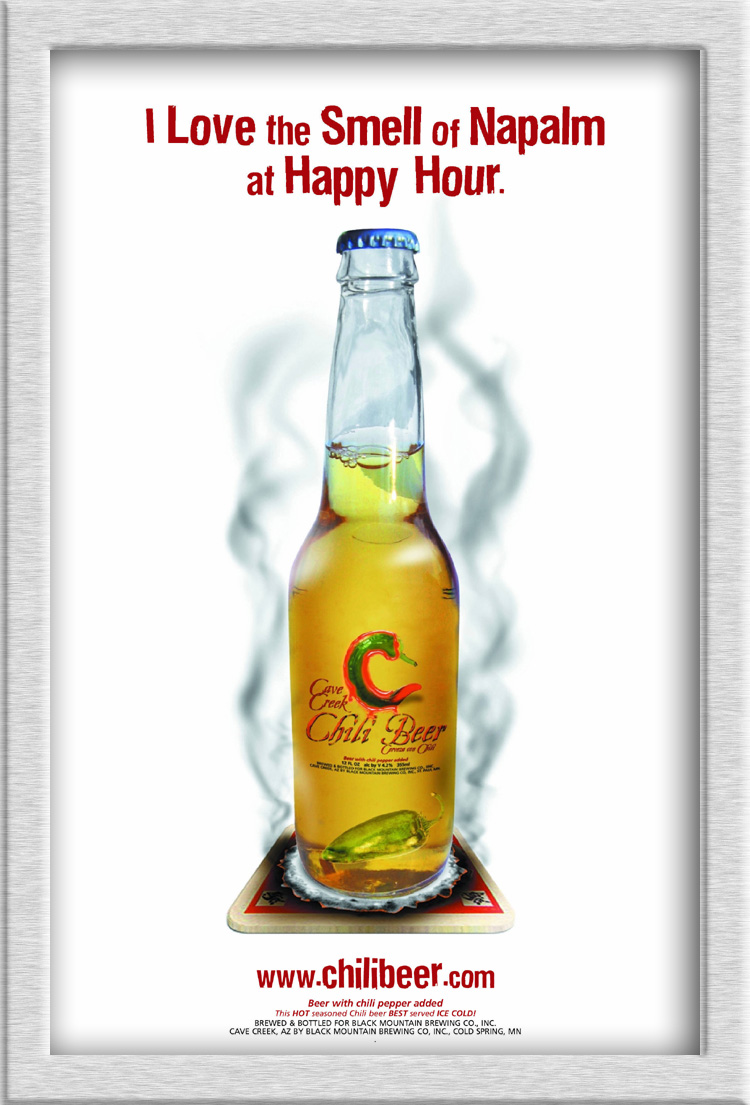 I’ll admit, this is the only Beer on this list that I’ve actually tried. And you know what? It was damn good. Kind of like a Corona with Tabasco sauce. The Beer has that yellow, light, summer beer look to it, with a glowing red chili pepper in the neck of the bottle. My only issue was that the Beer itself has almost no flavor. Spiciness for the sake of spicy. As a compliment to a bland meal though, or to show your friends what a manly motherfucker you are, Chili Beer could be the kick (with alcohol) you need. 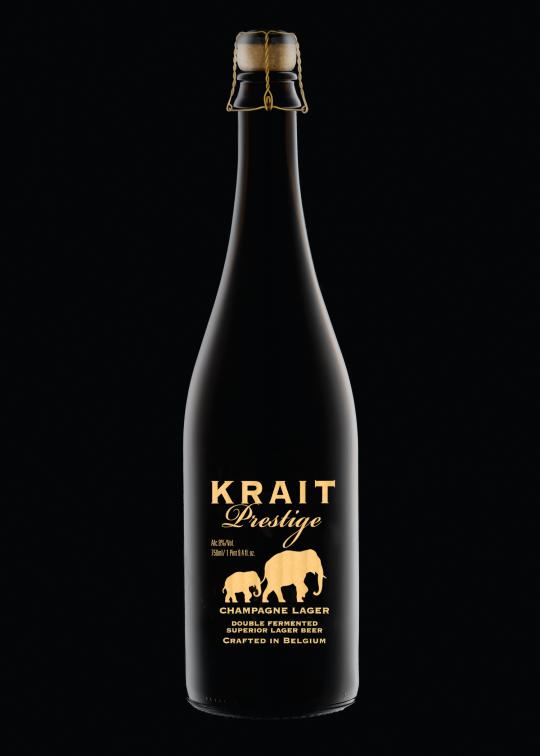 Love Beer, but looking for something with a little more class? Champagne Beer is probably not the direction to go in. Krait claims to be the world’s first, and I’m guessing only Champagne Beer. I’ve been looking up information for the last 15 minutes and I’m still rather unclear on what Champagne Beer actually means. Is it Beer brewed with fermented grapes and carbonation? Is it one part Bud Light and one part Korbel? I might try this one if it’s passed to me at a party but I’ll never put money in the pocket of the guy who thought this would be a good idea. I consider myself to be adventurous, but let’s keep the Beer and the overrated soda wine in a pretty bottle on separate shelves. 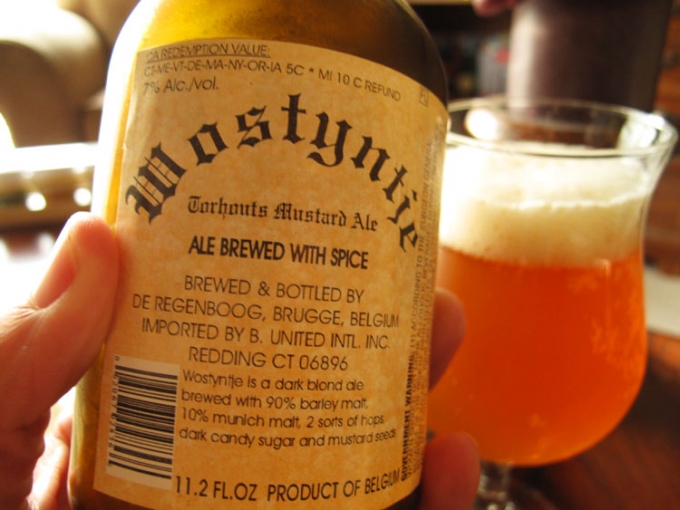 I can’t think of anything that goes better with Beer than a mustard covered Hot Dog and a Yankees game. Or even a big soft pretzel covered in Gulden’s Brown and a smooth lager. Who knew though, that these flavors were interchangeable? You can leave the Hot Dog and the Pretzel bare, and just grab a Wostyntje Torhouts Mustard Ale. Since I am such a lover of mustard and a proponent of the philosophy that the right mustard can go on anything, I can’t possibly hate on this one. Torhouts uses Whole Grain Spicy Brown, the only real Mustard, and apparently the flavor carries that spicy, tangy flavor from start to finish. My mouth is watering. Find me this Beer. 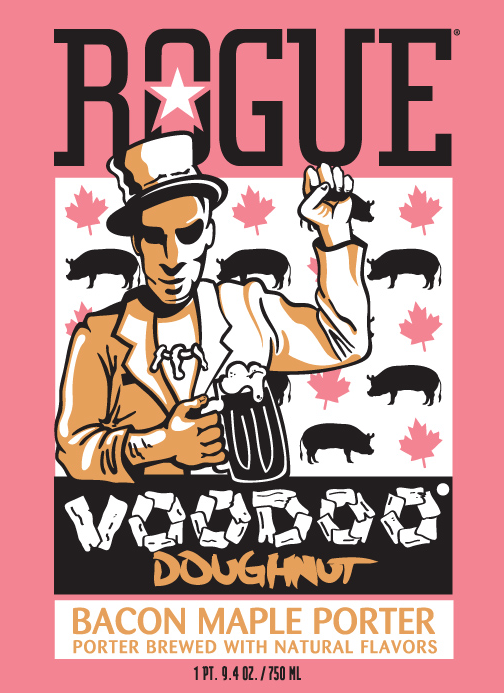 Already the subject of a Campus Socialite Review, the inspiration for this article, and the weirdest Beer flavor I have ever come across in my life. All the best and most life-shortening breakfast food products have been combined into one delicious alcoholic mash-up. I stumbled across a Chocolate Doughnut Beer, even a straight Bacon Beer, but I couldn’t possibly include those while this masterpiece was looming at the top. Rogue is brewed in Portland, the self-proclaimed weirdest place on Earth, next to Japan (see Tomato Beer). Looks to me like that uncontested title is for real, and judging by this beer, you could also call them the drunkest place on Earth before 10 AM.