Campus Bars: Scorekeepers Throws The Party at University of Michigan 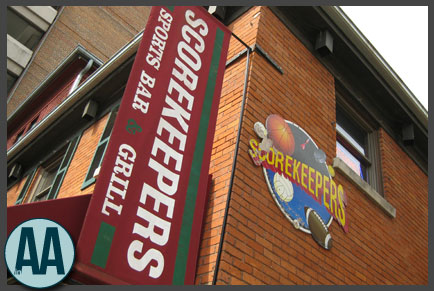 Last week, The Campus Socialite and the Blitz & Beatz tour took over Ann Arbor, Michigan with extreme hostility. We conquered the bar scene and the tailgate scene, right up until game time, where the Wolverines overtook Notre Dame in the final 30 seconds for a 35-31 victory. We’ve seen a lot of bars in our time, but Scorekeepers in Ann Arbor, Blitz & Beatz’s gracious host, blew us away. Cheap food, 27 draft beers and the biggest wall-to-wall party a college student could ask for.

When Campus Socialite was in town, every inch and corner of Scorekeepers was filled with Michigan students. As much as we’d love to take full credit for the party, Scorekeeper’s GM, John Tocvik, tells me that they are maxed out to capacity by 11:00 on any given night of the week. I spoke to John for a while. He has a Bachelor’s Degree from the University and a Law Degree under his belt. but he came to Scorekeepers because he wanted to do what he loved, and judging by our experience, he does it very well. 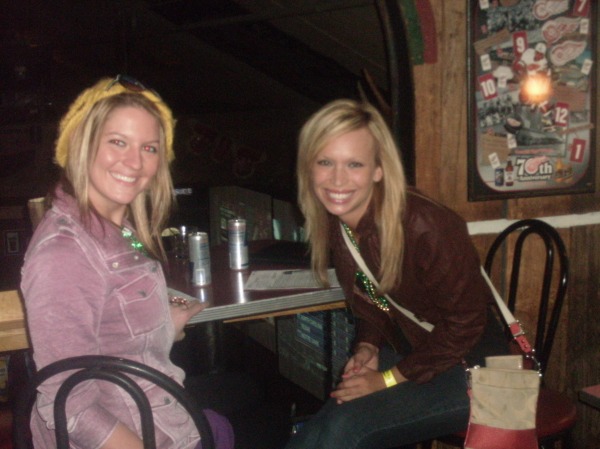 The draw to Scorekeepers is simply understood. They have a huge capacity, ridiculous drink specials, a full menu and 27 beers on tap. It doesn’t hurt that they were written up by Maxim as one of the best college bars in the country either. Their most popular night of the week is Thursday, where they offer $1 Long Island Iced Teas and $2.75 pints of Killians or Coors Light. I grew up on Long Island and I’m always so surprised at how far-reaching the LI Tea tradition is, but with an entire glass of liquor that tastes like Arizona, how could you go wrong?

Other specials include Friday Night’s $3 pitchers and $3 wells and Saturday’s $8 Mini Pitchers. As I mentioned, Scorekeeper’s has a gargantuan, 27 draft beer spread. Whether you want to down Bud Lights all night or sip on a Guinness or a Smithwicks, they have you covered. Their food menu has a lot of character too, along with a full-time kitchen staff that doesn’t leave until 1 in the morning on big nights. They make half-pound black angus burgers, a garden soy burger for those watching their health, and their most popular item, an 8.99 order of Nachos with chicken or beef that could easily feed 4 people. According to John, Scorekeepers sold 300 orders the night we were in town.

I asked John what the craziest thing he ever saw in the bar was, but to my journalistic disappointment, he honestly didn’t know. He said he can’t even remember the last time they had a fight and he attributes that to a great atmosphere and a situation you can’t possibly not be having fun in. You might not live anywhere near Ann Arbor, but if you are just passing through, Scorekeepers is the place to be. Thanks John Tocvik, for all the info and for showing Blitz & Beatz how a real college bar does it.