Campus Diva’s Playlist of the Week: Songs About Showering 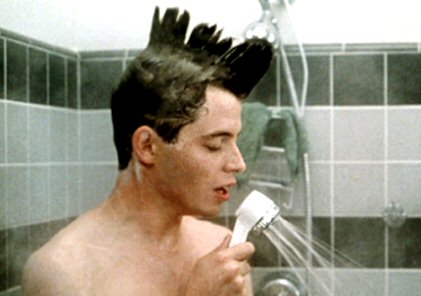 Everyone showers at different times throughout the day. Personally I’m a morning showerer. Half of the time, I’m still groggy under the faucet and the last thing I want to do is listen to something upbeat. Instead, I sing whatever song I wake up with stuck in my head – no big deal. But I don’t want to use this playlist to tell you awesome shower music is whatever song you happen to wake up humming along to, because that’s not very helpful. Instead, I’m giving you songs about bathing. They’re funny, you’ve heard them before, and although I cannot say I’ve tried showering to them personally, It can only enhance the experience. Here we go…

I used to LOVE this song when I was little. Even though it’s an oldie, it’s definitely a goodie, and one worth listening to for old times sake. Bobby could really enhance your shower time if you ask me, and I mean that in the most non-sexual way possible.

Okay okay…who at our age didn’t grow up on Sesame Street? If you didn’t, quite frankly, you suck. Rubber Duckie is one of the all-too-familiar characters on the show, and naturally, his owner (Ernie) has a song about bathing with him. Shall we reminisce?

Growing up a little and starting to watch Friends, the Phoebe ballads are super awkward and definitely linger in the listener’s heads. Let’s ignore all of the other songs she believes she’s singing so well and focus on one: The Shower Song. Stop me if you’ve heard it…

Oh my God! I used to want an itsy bitsy, teeny weenie, yellow polka dot bikini because of this song! Did I care that the girl in the song was insecure in her bathing suit? Not even a little bit – I probably didn’t even understand that at the ripe age of 7. All I wanted to do is dance in a little yellow bikini. I guess I can do that now, right? Better late than never.

5. Singing in the Rain – Gene Kelly

Another oldie – apparently new artists don’t like to sing about showering anymore. This song isn’t necessarily about showering, unless we pretend the rainstorm we’re singing and dancing in is an outdoor shower. Still, you’re under falling water, so I say it counts.