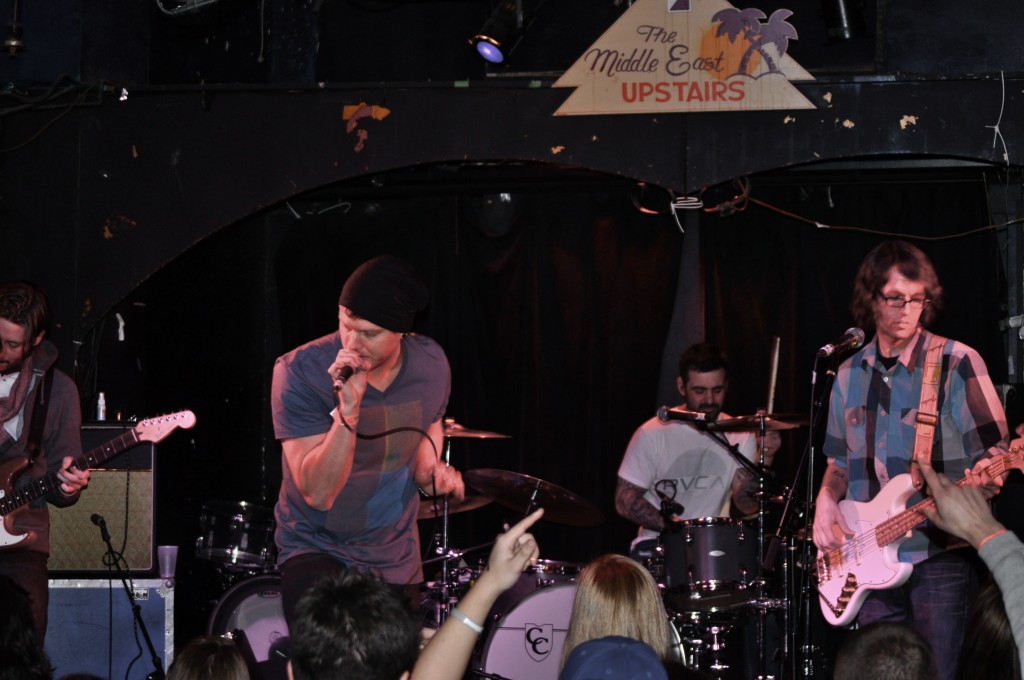 Kyle Lucas and his band Vonnegutt just wrapped up an amazing tour with 2AM Club and All Out. The Campus Socialite was in attendance at their Boston University tour stop and had the opportunity to sit down with Kyle Lucas before the show. We chopped it up for a while and covered everything from his crazy fans to working with Big Boi of Outkast. Check out the exclusive interview after the jump. 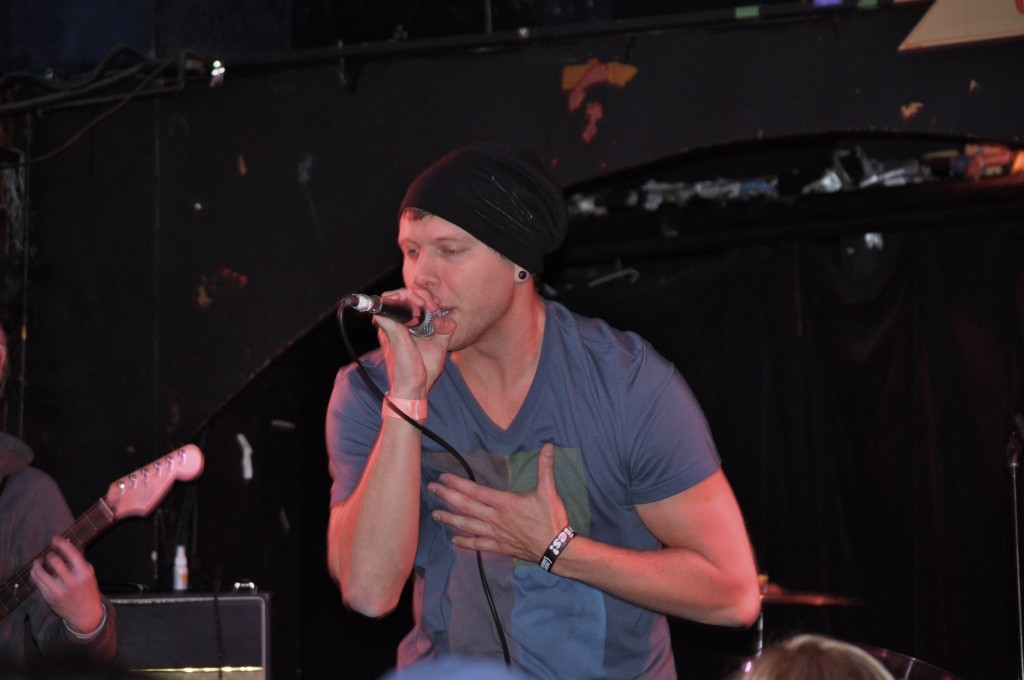 Julian Patterson: You’re the front man for your band Vonnegutt and you guys are signed to Purple Ribbon. That’s Big Boi’s label, right?

JP: Very cool. So, what’s his involvement with Vonnegutt? How did it all come about?

KL: Big Boi has been our number one supporter since day one. We never even signed a major deal. We just signed to Purple Ribbon, which is Big Boi’s imprint. He signed Vonnegutt off a demo—before we did a show, before we had a buzz, before we had a MySpace page, before we had a Facebook, or before anyone knew who we were. He took a leap. People say, ‘never sign to an artist’s imprint because they are so involved in their own career.’ Hats off to Big Boi because he doesn’t care about the buzz, or the hype, or the blogs, or any of that stuff. He’s just about the music. And when he heard Vonnegutt, he just signed us up.

JP: So you’re hooked up with Big Boi. He’s one half of one of the most influential and legendary rap duos of all time, Outkast. Do you feel any pressure to produce or to live up to his expectations?

KL: [Laughs] Hell yeah. It’s crazy because I’m from Marietta, which is like 20 minutes outside of Atlanta where Outkast are literally gods. I know they’ve sold 50 million records worldwide and won nine Grammys, but in Atlanta, like, that’s it. So, hell yeah, I feel pressure all the time. But, little things like him being such a fan of Vonnegutt, or him hitting me up and saying how dope a verse I did was—because he listens to the music—or him hosting my mixtape is crazy. Outkast doesn’t host mixtapes… Big Boi doesn’t do mixtapes. I appreciate it so much that he puts his neck out on the line for us, especially with all the criticism and backlash Vonnegutt gets. Big Boi doesn’t give a fuck about that. [Pauses] Can I curse?

KL: [Laughs] I should have asked that before. But, yeah, it’s dope. It’s surreal.

JP: It’s all good. I don’t think The Campus Socialite readers take offense to your use of PG-13 language. As a rapper, does Big Boi ever give you advice? Is he a mentor to you?

KL: Yeah, it’s funny because from the jump he told me to never change who I was. He likes that I’m from Marietta and that I dress a certain way and speak a certain way. He doesn’t want me or Vonnegutt running around like Malibu’s Most Wanted in du-rags and chains. Big Boi appreciates Killer Mike for being Killer Mike or Janelle Monae for being Janelle Monae. He appreciates the individualism. And as a rapper, yeah it’s dope. He told me once, ‘Kyle, man, you need to stop making so many songs about girls… I just want to hear you kill shit.’ So when I go off on my little emcee shit, it’s dope. One time I remember he hit me up—I was asleep, it was like four in the morning—he texted me, Twittered me, and called me. I wake up and I’m like, ‘Holy shit, I did something wrong, or something is not right…’ So I hit him back at like noon the next day. He doesn’t call me back until hours later, so I’m thinking, ‘Uhhh, what’s wrong? What happened?’ He finally hit me back and said, ‘I just wanted to call and say this one verse you did was incredible.’ He started reciting the lines and stuff. Moments like that I really appreciate because Outkast is the reason why I rap. 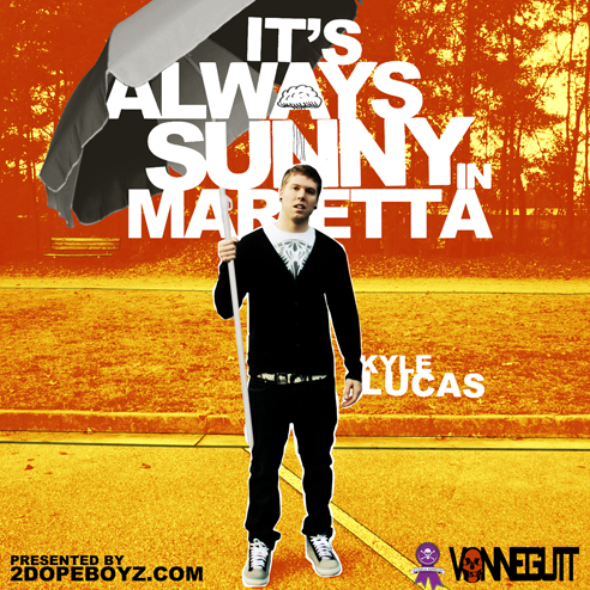 JP: That’s awesome to have such a huge co-sign like Big Boi. To have a mentor like that is priceless. So, about 10 months ago you dropped a solo mixtape called It’s Always Sunny In Marietta. Share a little bit about the feedback you got from the blogs, especially the hip hop blogs who are co-signing you as one of the music industry’s rising stars.

KL: The response has been awesome. I’m addicted to recording music, but now that Vonnegutt is touring– and Vonnegutt is my number one priority– I record on the side. I’m always writing stuff and doing hella guest verses. Always Sunny took about a year of recording with Simon and a producer called Nobody Famous, who works with Donnis. It was just a way to tell people I’m in a band, we make catchy ass music, we have shit ton of girls who love us, and I can also rap my ass off. The feedback was incredible. Big Boi said he loved it. And it was cool because I got the chance to work with Slimm Calhoun, who is a Dungeon Family affiliate.

JP: That’s crazy because the Dungeon Family was a pioneering hip hop group in Georgia…

KL: Yeah, and Slimm hasn’t done stuff for a while. I remember being a freshman in high school walking home with my discman when his album dropped and the song with Andre 3000 was killing it. So it was awesome. 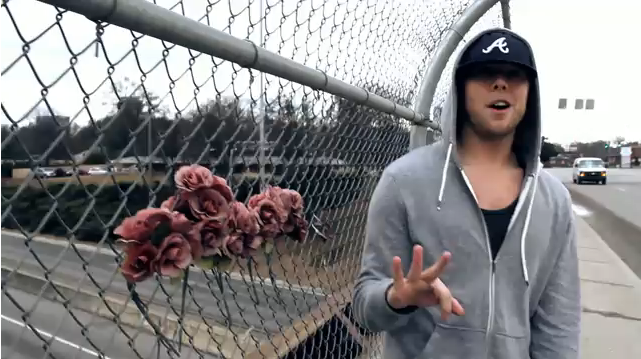 JP: You mentioned Donnis earlier. You were recently at Tree Sound Studios recording with a lot of up-and-coming artists such as Donnis, Big K.R.I.T., Yelawolf, Mickey Factz, CyHi da Prynce, and Big Sean…

KL: It was cool. I’m a fan of hip hop husic and I’m a fan of all the new guys coming out. My name doesn’t get thrown around as much as the newer cats. I’m not going to be a XXL Freshman, but it’s cool to get their respect and have them compliment my work.

JP: You’ve been on the road a lot with Vonnegutt. Can we expect any new music or tours coming up soon?

KL: We’re doing The Warped Tour in the summer. We’re also doing a tour with XV and Machine Gun Kelly about a month from now. We’ll be at South by Southwest. Hopefully we’ll be releasing an album. We’ll be in Marietta shooting the “Bright Eyes” video in next week. We just did MTV Made with Killer Mike, which is coming out next month. I’m dropping a solo EP next month. I have this escape plan where I always go to Seattle and camp out up there for like 10 days and record.

JP: Things are really jumping off for you right now. I noticed you also just released a viral video for “The Funeral Freestyle” off Always Sunny…

KL: It’s gotten a crazy response. I never really thought about putting out any visuals for Always Sunny because I’ve been so busy with Vonnegutt. But yeah, I think I’m going to put out more videos.

JP: I’m sure not very many people would object to that. Viral videos are a great way to connect with fans. Where exactly can we find you online? How can The Campus Socialite readers find you on Facebook, Twitter, etc?

KL: Hit me up. I answer everything myself. Twitter is @KyleLucas. Facebook is facebook.com/KyleLucasHipHop. I’m always giving away free songs. So make sure you get all the free shit.

Be sure to catch Kyle Lucas and Vonnegutt in a city near you. Check him out in The Campus Socialite’s 10 (White) Rappers You Should Know About. Download It’s Always Sunny in Marietta if you haven’t already. For management or concert booking inquiries, contact NShuley@c3presents.com and Matt@NUEagency.com respectively.

What Is Your College Degree Worth? Studies Show: Not Very Much.