Perhaps the best way to sum up Sacha Baron Cohen’s latest comedic masterpiece, Brüno, would be by referring to it by it’s original working title – Brüno: Delicious Journeys Through America for the Purpose of Making Heterosexual Males Visibly Uncomfortable in the Presence of a Gay Foreigner in a Mesh T-Shirt.  I never could have imagined that I would be laughing like a hyena at a film featuring more full frontal male nudity than an ancient Roman bathhouse, but Brüno brilliantly finds a way to make the awkward and strange into the, well… fabulous.

The antics that Sacha Baron Cohen pulls off in Brüno force viewing audiences to experience a range of emotions that I can only guess are like that of a menopausal woman witnessing a birth and a Tijuana donkey show at the same time.  In the span of 83 minutes you will feel disgusted, appalled, and nauseous while simultaneously giddy, awestruck, and appreciative of Cohen’s chutzpah and the ballsy, all-out approach he brings to this project.  How Brüno stacks up to its wildly successful predecessor, Borat, is a matter of individual preference, however one thing is for sure – this film is an eye-opener for all those stiffs who are afraid to find the lighter side in issues that many Americans categorize as taboo.

From drunken mess, I mean American Idol host and pop star, Paula Abdul to Texas’s Republican Congressman Ron Paul, nobody is safe from Brüno’s outlandish shenanigans.  With his outfits spanning from a full Velcro suit to skin-tight bondage gear, Brüno pulls no punches and makes this abundantly clear through such shenanigans as adopting a black African orphan an naming him O.J., furnishing his living room with Mexican gardeners as benches for his celebrity interviews, and infiltrating a Middle Eastern terrorist cell in an attempt to get kidnapped… and that was only in the first hour.

Sacha Baron Cohen takes aim at every –ism in the book, whether it be racism, sexism, or conservatism, and pokes fun at them in the guise of a gayer than the Tony Awards character who feeds off the inept and closed-minded subjects he shares the screen with.  For all of his toilet humor and cheap laughs, it is hard to argue that any entertainer is more dedicated to his craft than Cohen as he truly transforms his entire persona and enters an absurd new world to pull off a blockbuster smash-hit in Brüno. The Sweet Ass Girls of Entourage

LeBron James Dunked On… No Witnesses 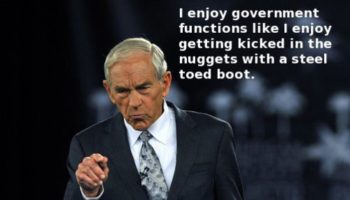 CBS has no Love for Man Love

Why Do Women Love Tall Guys?