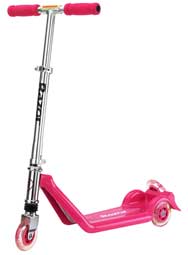 There are those who walk to class. There are those who bike. But now, the hottest way to get to point A to point B? Scoot. Once reserved for elementary school kids, Razor scooters are making a comeback on college campuses. Meet the six fraternity brothers who sparked the trend. Their motto? Scoot or Die.

Loyola University sophomore Jon Lewchenko says he took the Razor scooter he has owned since age ten out of the garage and started using it to get to summer classes. Less cumbersome than a bike and faster than feet, his great idea soon caught on with his Sigma Alpha Epsilon fraternity brothers, who can now be seen scooting all over campus.

And they’re not the only ones. Many other students have been spotted scooting around Rogers Park, and rumor has it that there are Razor aficionados down at the University of Illinois as well.

“It’s catching on—no doubt,” says Jon. “I can’t go one day or one ride without someone complimenting me on my scooter.”

Even celebrities like Hugh Jackman (pictured below) are getting in on the trend. Although Jon claims, “I didn’t get the idea from Hugh Jackman. He got it from me.” 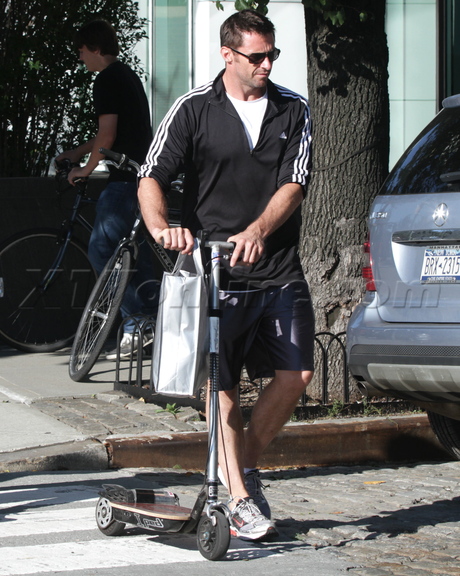 An unexpected use for Razor scooters? Chick magnet.

“Surprisingly, girls love it,” says Jon. “To be honest, I’m just too busy scooting for a girlfriend.”

“I mean, women love a guy who can ride fast. My girlfriend is okay with it. I get home to her safely. I scoot ahead of danger,” says junior Shafeeq Essa. 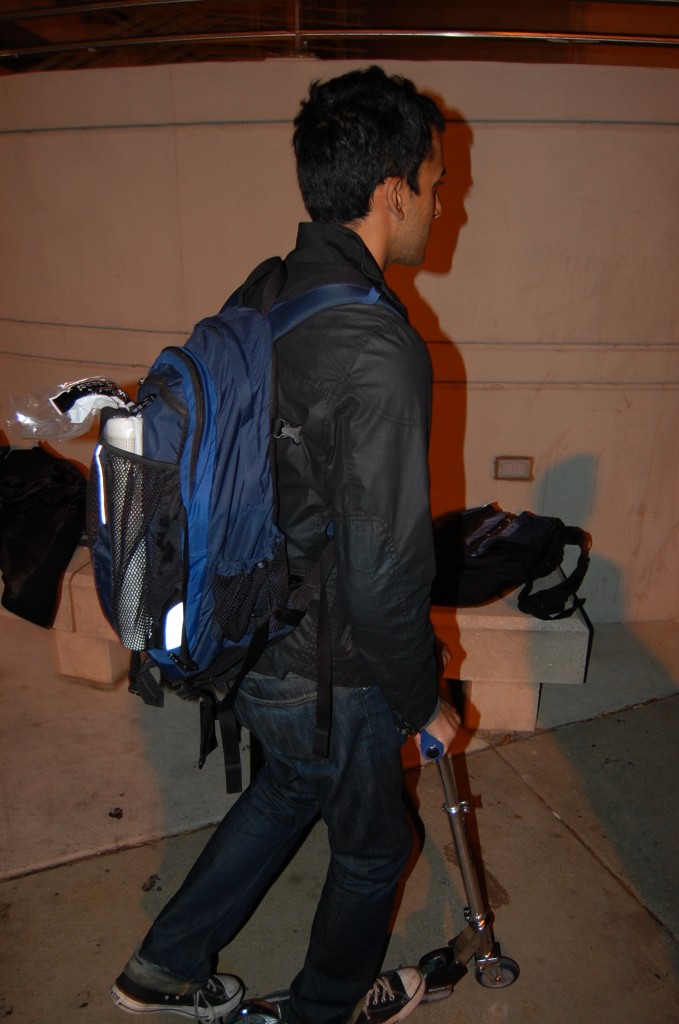 But the scooting lifestyle can be a dangerous one.

“You get some bad stares sometimes,” adds Shafeeq. “And those cracks in the cement are probably your worst enemy.” 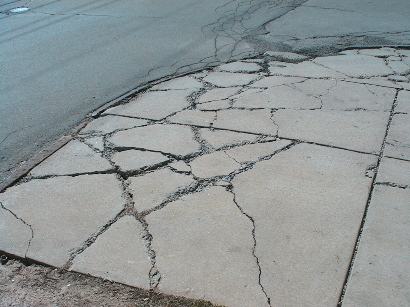 SAE sweetheart Lucy Dolya is concerned about the bros scooting in the harsh Chicago winter. “I’m worried about them in the winter. It’s pretty dangerous. They should, like, wear scooter helmets or something.”

But they have a few ideas on how to adapt, including using “scoot dogs” or installing “sled wheels” to scoot through the ice and snow. 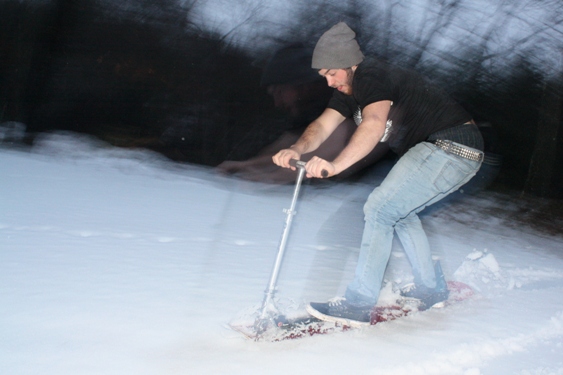 And despite the dangers, the brothers still think scooting is the best mode of student transportation there is.

“I would say that even though it looks like the most ridiculous thing you can possible do it, do it anyway. It’s cheap, no one wants to steal it, and you’ll get around quicker,” says Jon.

“A twenty-minute walk becomes a five-minute scoot,” adds Shafeeq, who hopes to see more students on campus joining the scooter fleet. “Everything great in this country was started by a few good men. Scoot or Die.”

Want A Break From Your Textbook?

10 Reasons To Cheat On Your Girlfriend 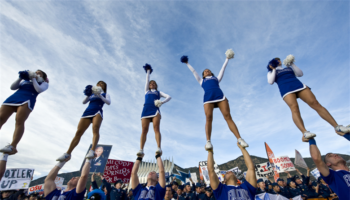