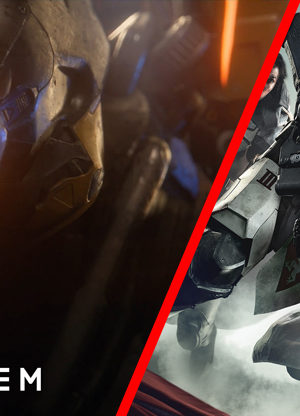 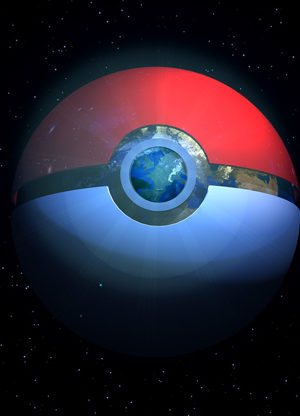 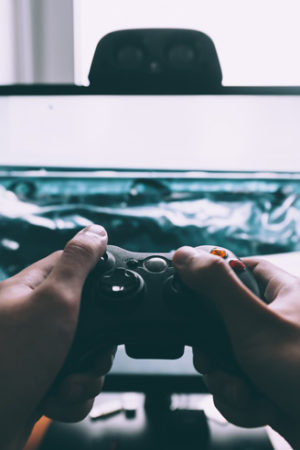 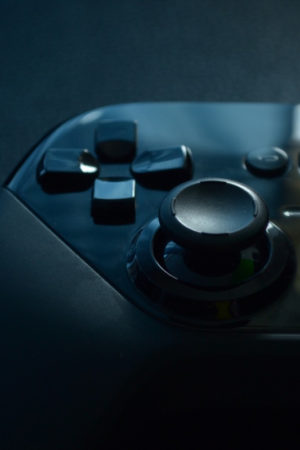 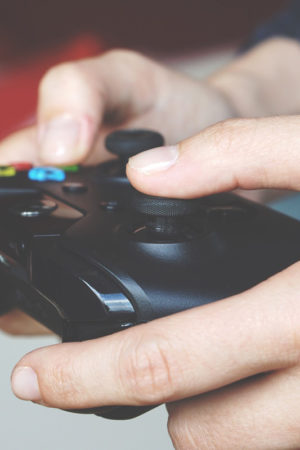 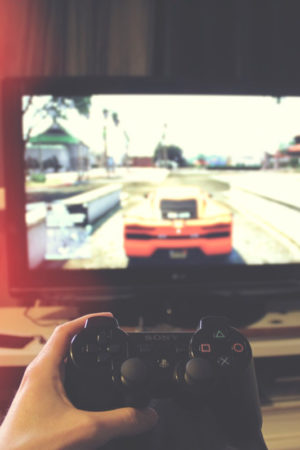 Which VR System is Right For you? A Comparison of Upcoming VR Options 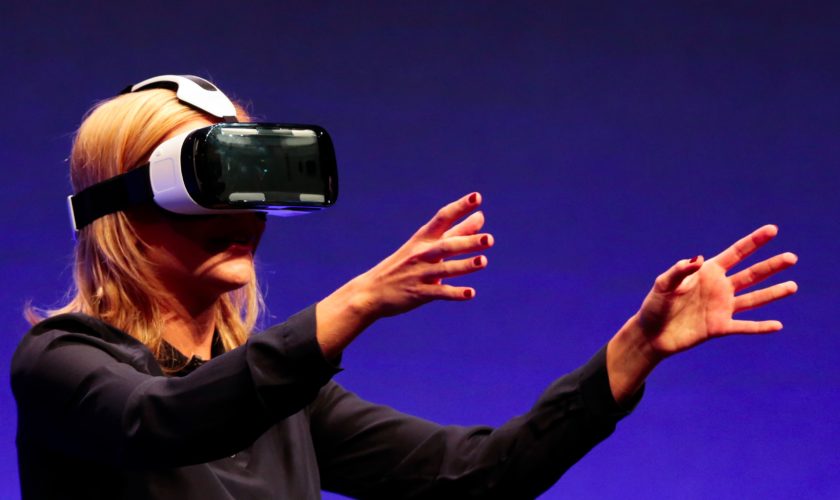 The conception of a virtual reality is over two-hundred years in the making, but it wasn’t until the late 1980s that it finally earned its name. The technology had been growing and evolving throughout the 1990s, but it would be 21st century gaming that would finally help virtual reality make its mark. Gamers everywhere have been dying to get inside the latest consoles, and now a hand full of tech companies, promising state-of-the-art virtual reality innovation, are lining up to take them there.

Oculus RiftFirst out of the gate and now owned by Facebook, the Oculus Rift virtual reality headset is already becoming a game-changer for the video game environment. The package comes complete with an Xbox controller, a sensor, a remote, and one game, but unfortunately you won’t be able to plug it into your Xbox. For now at least. For added control, users can opt for a pair of touch controllers, design to create a greater hands-on experience. The headset is powerful, which means you will need a high-end computer to handle it. However, if you’re like most serious gamers, who have dreamed of plunging into the virtual world, the prospect of the ultimate thrill ride will be worth the investment.

Sony VRSony’s VR bundle is gearing up to launch gamers into its epic virtual environment, and as you might have expected, it is exclusive to the PlayStation 4. Sony invested extensive research into the design of its virtual reality headset, engineering it to slip on and off with ease, ensuring gamers will forfeit plenty of sleep for the chance to battle demons and blast enemy spacecraft. Sony has boasted an impressively high refresh rate, which means smoother motion and a less frustrating gaming experience. The PlayStation 4 is almost all but equipped to handle the VR headset’s performance requirements, however the company will need to developed new games, specific to the VR’s capabilities, in order to catch the Oculus, which has tons of compatible games already in circulation.

Samsung VROne of the most important features for the Samsung VR is the headset’s exclusivity to the Galaxy Smartphone. The setback, for some, is the phone upgrade, since it only works with the Galaxy Note 5, S6, S6 Edge, and the S6 Edge Plus. However, that means the need for computers and wires, for this Oculus powered headset, have been eradicated. It features a built-in camera that can be switched on and off, but doesn’t track movement like the HTC. You can play games using onboard controls or external game pad (sold separately), watch 360 degree movies, or just enjoy the scenery.  We’ll be testing all three options as soon as they’re released, and providing our opinions of each one. Stay tuned!

Will Uncharted 4: A Thief’s End be the best in the Nathan Drake Storyline? 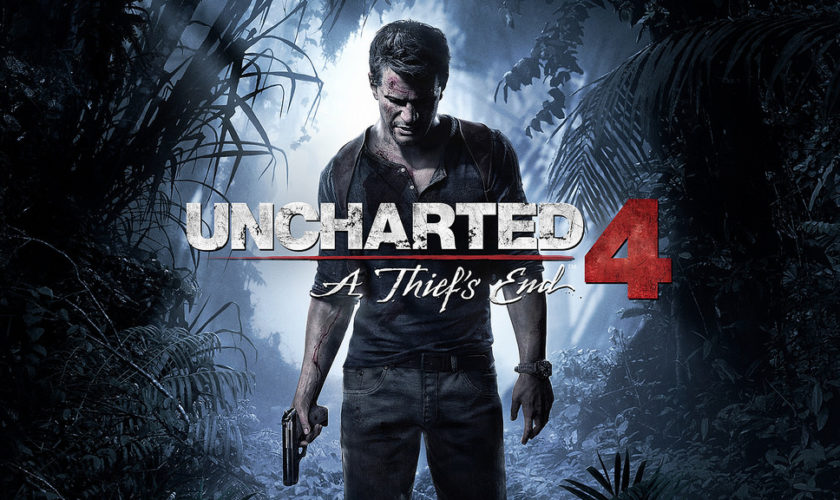 When the first Uncharted hit the shelves, it piqued interest quickly. After the first few minutes played, it resulted in many devoted fans right from the start.

With Uncharted 4: A Thief’s End nearing release, a lot of fans are asking if it will live up to the stellar reputation of the previous three in the series.

Will this be the best storyline for our protaginist Nathan Drake? Let’s start with the trailer.

Our hero Nathan Drake seems to be waking up having washed up on the mysterious island talking to (the not pictured, off screen) Sully. The ominous music, dark mysterious island jungle, and then the hanging cages with skeletons inside seem to promise that fans of the series are in for more of what they loved from the previous games.

Uncharted 4: A Thief’s End takes place years after the events that shook up Mr. Drake in Uncharted 3. Nathan Drake is retired from the (often very dangerous) world of treasure hunting and was living life peacefully, until Drake’s (surprisingly alive) brother Sam arrives to shake up his world, raving about a pirate colony called Libertatia. He reports that it has riches for the taking, hooking Drake, and dragging him away from the idyllic existence that has been his new normality.This could very well be the end of Nathan Drake. While we hope not, whatever happens, Naughty Dog has been teasing the possibility that this game is the proverbial nail in the coffin for Nathan Drake, possibly for the entire series. We may not know how his story ends until the final scene, but the very idea raises the stakes considerably for Uncharted fans who have fallen in love with their hero.Naughty Dog could be pulling the wool over our eyes, although we hope not. In any case, the hype surrounding Uncharted 4 surpasses that of any of the previous games in the series, which speaks to its growing popularity. As long as it delivers the suspense, raises the stakes, and has a storythat keeps us on the edge of our seats, we’re betting it’ll be the best in the series. Maybe that’s hopeful optimism, but count us excited for the continuation (and possibly ending) of Nathan Drake’s story. While we anxiously await its launch, we’ll be replaying through each of the previous games in the series. 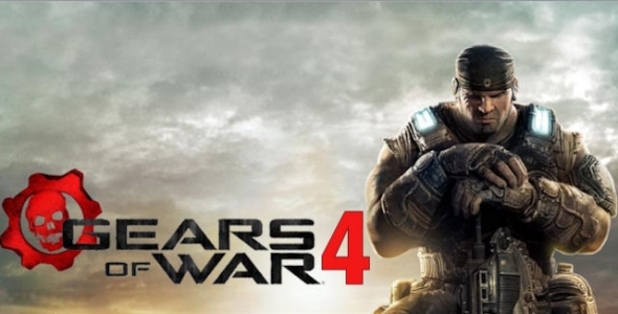 2016 is expected to be a great year for gaming, with several highly anticipated releases throughout the year. Games on all platforms can expect to see some amazing sequels to their favorite games as well as several groundbreaking new titles. Here are 10 games you won’t want to miss this year.1. Gears of War 4 (Xbox One) – This fan favorite has been re-booted with some creative changes to the gameplay and story. A recent interview announced that Gears of War 4 kicks off a new trilogy.2. ReCore (Xbox One, PC) – This postapocalyptic action-adventure is set to hit shelves late this year. The trailer teases beautiful gameplay and visuals.

3. Crackdown 3 (XBox One) – Third person shooter meets sandbox in Crackdown 3. This game promises completely destructible environments and is expected in Q3.4. Homefront: The Revolution (PC, MAC, Linux, Xbox One, PS4) – This open world FPS has a revolutionary message and a fascinating storyline.

5. Deus Ex: Mankind Divided (PC, PS4, Xbox One) – Users will play as the familiar protagonist Adam Jensen, and can expect the same high quality, immersive gameplay as the franchise has consistently put out. 6. Doom (PS4, Xbox One, PC) – Bethesda brings us the newest installment in the Doom series. This release marks the first major installment of the Doom reboot, and is set for a May release. The trailer promises the perfect blend of nostalgic nods to the original gameplay and modern creative changes.

7. The Last Guardian (PS4) – This puzzle-based action adventure has had a rocky development, and was originally slated for release in 2011 on PS3. It was re-announced for PS4 at the 2015 E3 conference with a visually gorgeous trailer, which offered a promising look into the game’s immersive and emotional storyline.

8. No Man’s Sky (PS4, PC) – This game is truly in uncharted territory. No Man’s Sky is an infinite open universe. It boasts a nearly endless pool of planets with unique plant and animal life, offering fans of open-world games a solution to the major downside most of these games face– they simply become boring when you’ve seen it all. With over 18 quintillion unique planets in this game, it elevates open-world gaming to new heights. 9. Final Fantasy 15 (PS4, Xbox One) – The most recent installment in the Final Fantasy series has been hyped by game enthusiasts, and with promises of optimized framerates and 50+ hours of gameplay, it isn’t hard to see why. The franchise continuously outdoes itself, and it looks like Final Fantasy 15 will continue the pattern. 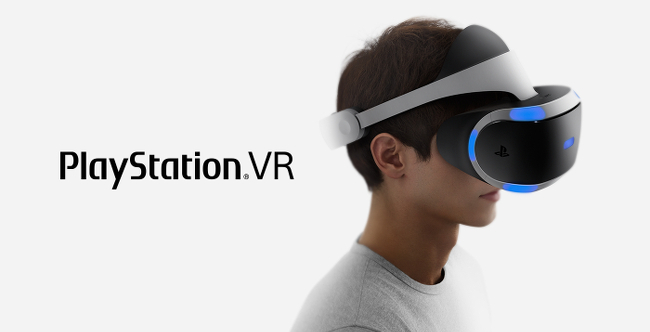 For those who don’t already know, Playstation is just about to release the first ever (quality) virtual reality gaming system in October of this year. Other anticipated VR systems are launching for consumers shortly as well, like Oculus and the HTC Vive.Undoubtedly, VR will be the most awesome technological advancement of the video game industry this decade, and it will open up new realms of possibility for the next. Imagine being inside your game environment, able to manipulate it, and being able to interact with it in ways never before possible. It’s going to be incredible!But VR’s application to the video game industry is just the start. Now, imagine all of the practical ways that this technology can be used for other industries and practices moving forward…Military TrainingFor instance, think of how this technology could be applied to military training. The US has been employing virtual reality training for a short amount of time, but this new technology will be able to take their training modules to an entirely different plane when it comes to soldier readiness for real-world scenarios.Educational AdvancementOr, try this one on for size…what if schools, especially elementary schools, began to implement virtual reality in small ways to teach important lessons.I know that, personally, I never cared much for school growing up. It was impossible for any teacher to keep my attention without holding a cookie in front of my face to get me to focus. And I was just one of many other kids who were just like me. But what if we could use VR to game-ify the educational system and really make learning fun?Furthermore, if this new virtual reality technology could be connected to wireless ports, imagine the implications that it could have for collegiate professors who want to be able to teach online classes in new and creative ways to their students.Endless PossibilitiesTruly, the possibilities are endless for virtual reality technology. Perhaps scientists, business people, NASA, and others could use it to construct formulas for possible outcomes of different planned scenarios (i.e. how a new spacecraft would make it through the stratosphere, whether sales could continue to grow, etc.) and use VR to watch their what-if analysis play out in real-time.The potential impact is huge here. It may take time for the bugs and kinks to get worked out, but virtual reality is the way of the future. I know I’m excited. How about you?