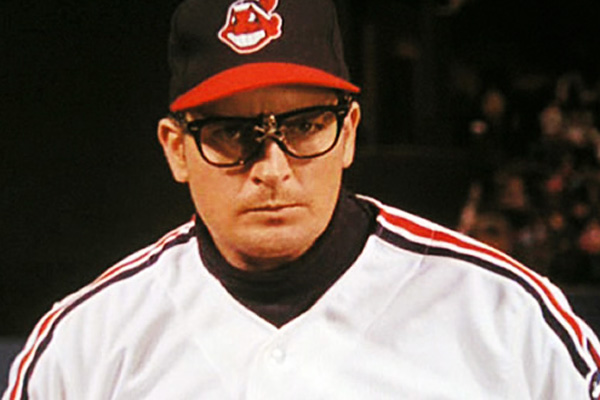 Sheen told Sports Illustrated recently that he took steroids for his role in Major League. Sheen said he took juice for 6-8 weeks during filming. In all fairness, everyone in real Baseball was doing the same, so props to Charlie on exploring the role. He also added, and I quote “You can print this, I don’t give a fuck. My fastball went from 79 [mph] to like 85.” Oh Mr. Sheen, we are well aware you don’t give a fuck.

With this timely admission, we can add another note on Sheen’s un-challenged claim as Hollywood’s most fucked up celebrity. Sorry Lindsay Lohan, this dude loves drugs and being hated so much, that he actually took an athlete’s performance enhancing drug because he was playing an athlete in a movie. Don’t get us wrong, we still love you bro. But Steroids? Not impressed. Stick to the good stuff.