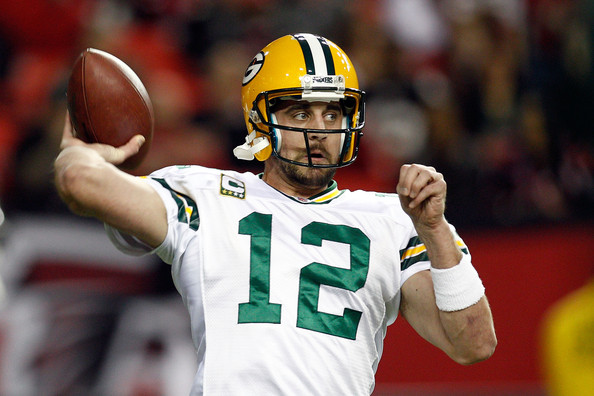 This time of the season, the playoff picture becomes such a massive clusterfuck that I can’t even begin to comprehend it. The scenarios and tiebreakers and different permutations form an incomprehensible lattice of possibilities that somehow manages to FUCK EVERYONE. No one ends up happy come week 17 when they’ve figured out where their team is.

With the Jets, Broncos and Bengals stealing the spotlight from the Titans, they have quietly remained in the thick of the playoff race. They have played the most consistently out of all the potential Wild Card teams, but unfortunately the have a touch schedule remaining. Also, their uniforms still blow. Saints win.

Wow, the Bucs fucking BLOW. They blow so hard it actually erases all memories of them being potential playoff contenders early in the season. They’re like that girl you see at a ten-year high school reunion who was really hot in high school but has five kids and a bunch of cesarean scars now. God I hate Florida. Jags win I guess, but who gives a shit?

Dog Killer is back this week, but in his absence his team has fallen apart like a defeated pit bull getting ripped apart by the winning dog. Vince Young should get tied to the rape stand. The suddenly not awful Dolphins win.

This game should really be played on Thanksgiving. The Redskins’ outcome Sunday will be similar to that of their namesake.

Part of the reason I’m fully on-board with Timmy as Denver’s QB is that he doesn’t say shit like Cam does: “I’m just tryin’ to get everybody on my level.” Watch the whole interview here: http://espn.go.com/blog/nflnation/post/_/id/49599/video-cam-newton-interview. I like Newton but FUCK does he come off like a little prissy bitch in this interview. You’ve been in the league for one year, Cam. Earn the respect before you say shit that’ll lose it. The difference between guys like Brees, Rodgers and Roethlisberger between the Mannings, Brady and Rivers is that the former always own their successes and failures, while the latter blame their coaches, o-line, defense or whatever. Newton needs to decide which camp he wants to be in, and that decision will define his career. Falcons win this one.

No Johnson and no Schaub? This is gonna be a long game for Arian Foster but, along with Tate, he can tear apart the porous Bengals D. Their defense is still stellar and I don’t think the young Bengals offensive weapons will be able to handle it. Texans win.

The Jets may have won the last two games, but they struggled mightily against horrible Washington and Buffalo teams, so I wouldn’t pop the bubbly quite yet, Jets fans. Outside of the Giants and maybe (read: probably not) the Eagles, the Jets schedule is a joke, though, so they will probably still be able to steal an undeserved Wild Card berth. They beat the Chiefs this week though.

Is there any question that the two women in Suh’s car were about to reward the Lions DT with a ménage a trois? Not in my mind. Nice job fucking up that one, Suh. Even without their pimp of a DT, they still beat the Vikes.

Why does ESPN feel it compulsory to inform us that Peyton Manning won’t play this year? A. No one gives a shit. B. We already knew that. C. The Colts are already a non-factor. Please feel free to never talk about him again until next season. Ravens win, duh. It’s gonna be like a Tyson fight in the eighties.

No Forte and no Cutler? Denver’s D, the real MVP for them this year, will be able to stop he castrated Chicago O. Tebow and McGahee is gonna struggle against the Bears D as well, so expect a low scoring, hard-fought game. Denver wins.

Silently, the Cards have won four of their last five, but I doubt that is the result of much more than an easy schedule. The 49ers will remind them of what it’s like to play a real team.

The Chargers finally got a win last week, but even in the anemic West that’s still not gonna be enough to right their ship. One again the important thing to take away from their season is that Norv Turner will never be good at anything besides being a professional Joe Lieberman double. Chargers win this week, though.

So much for my underdog Super Bowl pick of Oakland. Of course, I still hate them with the fiery passion of a thousand suns, so I’d much prefer to see them fail miserably than succeed in any way. Luckily, they’ll lose to the Pack.

After Garrett’s Reid-esque clock management kerfuffle last Sunday, God knows Jurrah Jones ain’t too happy. Expect that to light a fire under Garrett’s ass and pull out the big win over the division rival. The horribly inconsistent Cowboys will still lose in the playoffs, hopefully resulting in a Texas-sized heart attack for Jones.

Where the fuck is flex scheduling when we need it? Seahawks win as millions of children cry because of the pain of having to watch this shit game.