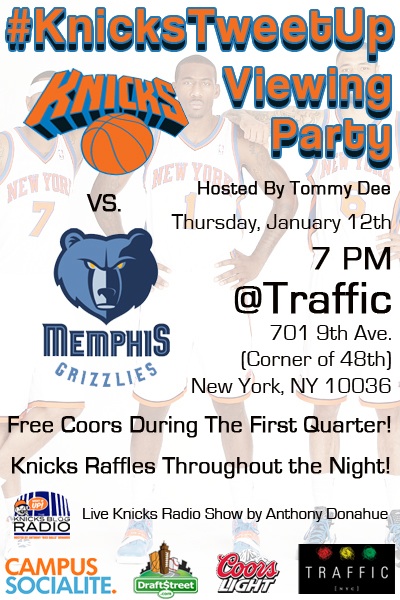 The Campus Socialite and The Knicks Blog are teaming up to throw the biggest Knicks Viewing party you’ll ever see. It’s happening at Traffic Bar in Hell’s Kitchen and if you’re in the area, own Melo, Stoudemire, and Chandler jerseys, or even if you’re just a dabbler, you need to be there. The best way to watch sports is with your boys so why not watch the Knicks play The Grizzlies with 50-100 other members of Knicks Nation. Drink specials,  food specials, and prizes given out all night.

The event is hosted by Tommy Dee of The Knicks Blog, maybe the biggest Knicks fan and influential personality on the web. Tommy hasn’t gained the big following he has for no reason, so expect anything he attaches his name to to be huge. Anthony Donahue of Knicks Blog Radio will also be doing a live radio show from the event itself. If you’re a Knicks fan and unfamiliar with the two of them, this is your chance to get with the program. 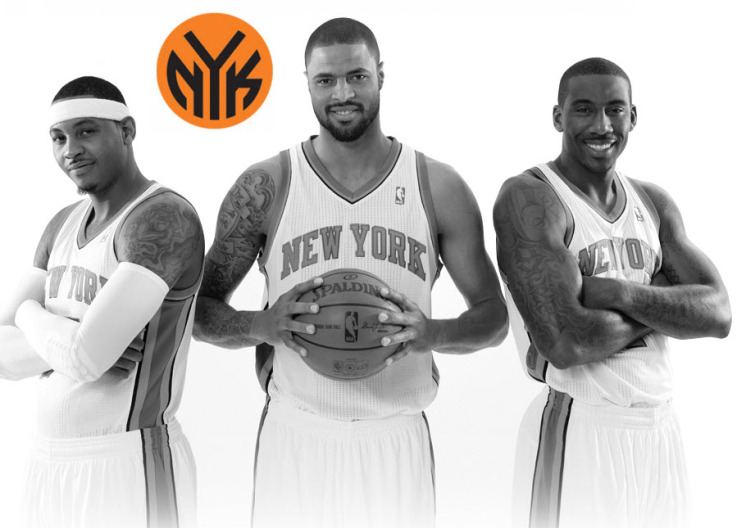 The event is sponsored by Coors Light which is good for us and you. Free Coors will be served throughout the entire 1st quarter. That’s 12 full minutes of play to get a buzz going. After that you can get a pitcher for $12, a bucket for $15, and a bucket of wings + a bucket of beers for $30. Mixed Drinks and Sangria are $5 if you’re into that sort of thing. Either way there will be cheap alcohol, cheap food, and a sea of Knicks fans to enjoy the game with. 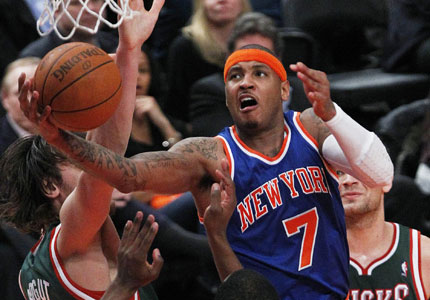 The event is also sponsored by Charged.fm and Draftstreet, and all of our sponsors will be giving away items through free entry raffles all night. The giveaway items are hush hush at the moment, but I’ll give you a hint: an authentic jersey with a word that rhymes with “Bellow” and the same number used in a movie starring Brad Pitt and Morgan Freeman is a strong possibility. You can’t go wrong with free shit.

If you’re an NYC Knicks fan or even just a general basketball fan, head to Traffic Bar in Hell’s Kitchen this Thursday at 7:00 for good times by all. The Super Bowl might be weeks away but that doesn’t mean sports aren’t always better with a party. Seeya there.