Conquer Surf And Turf With The Iguana 29 Ground Boat 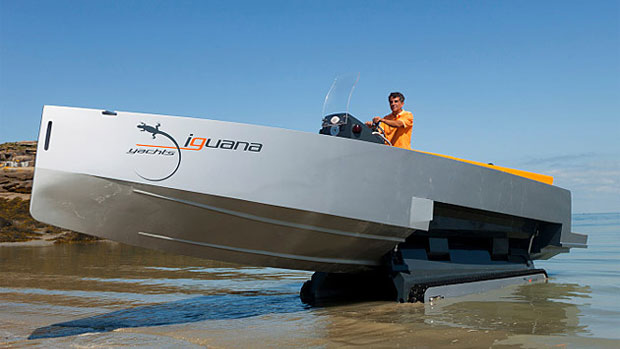 Speed boat meet land roving tank. The Iguana 29 is the answer to man’s eternal question of how once being can dominate land and sea simultaneously. It is a boat of course, capable of seating 10 people and cutting through the waves at up to 35 knots. I have no idea if that is a lot, but I’m going to assume that it’s somewhere in the range of pretty fast to not slow. 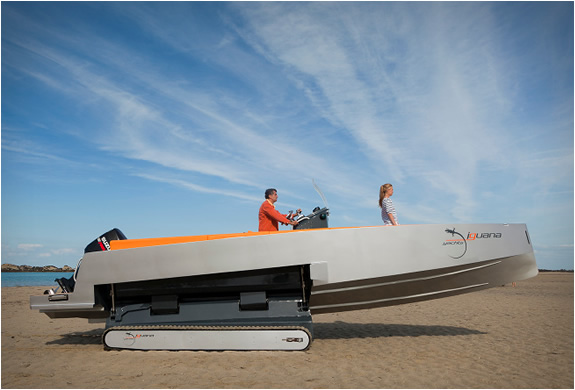 After cruising up and down the coast with your boys, a few ladies, and a few bottles, you might get bored of being out at sea though and want to explore the sandy beaches. Maybe even recruit some new talent. Imagine what a Baller you will look like when this thing suddenly grows legs and starts walking on land, with your entire crew in tow.

The Iguana 29 comes equipped with caterpillar, all-terrain tracks that allow you to cruise on land just as you would on water. As far as the rules and regulations that apply to taking a boat out on land, I really can’t say anything for certain. For instance: could you take this thing out on the highway? I’m gonna say probably not, but at the very least you can tear up some sand, and make a big statement with the beach babes. Price? Whatever it is, it’s well worth it.