Courting The King: 5 Ways for Your City to Lock Down LeBron (Part 3 of 4)

You all know the deal by now… when it comes to NBA free agency, LeBron James is the hottest thing since Kirstie Alley’s underarms during an “all you can eat in 30 seconds” marathon.  If you haven’t already seen them, take a moment now to read how New York and New Jersey plan to lure King James to their basketball teams.  Today we will march to the MidWest and break down how Chicago can get James into the red and black of the Bulls.

1. The most powerful man in the world, U.S. President Barack Obama, just happens to be a Chicago resident.  Obama is a huge basketball fan and has gone on record saying that LeBron would fit in well with the Bulls.  If the Prez really wants James in Chi-Town, he will put him on the 2012 ballot as his running mate and potential future Vice President.

2. The Michael Jordan statue outside of the United Center pays homage to the greatest NBA basketball player of all time.  Since James is still building his legacy, place a mini, lawn gnome sized LeBron statue to inspire him to one day get a full-sized bust like MJ. 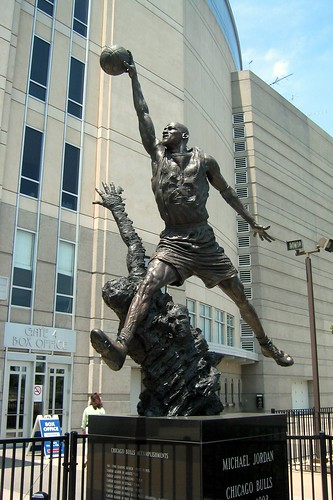 3. When he was a sophomore at St.Vincent-St.Mary’s, LeBron earned first team all-state wide receiver honors  and led his team to the state semifinals.  If you have seen him on the hardwood, he clearly hasn’t lost a step and would undoubtedly win any jump ball with even the best NFL cornerbacks.  The Bears have been without a Pro Bowl wideout for years now and LeBron would love to be the first 1,500 yard/2,500 point slashie award winner for the NFL and NBA. 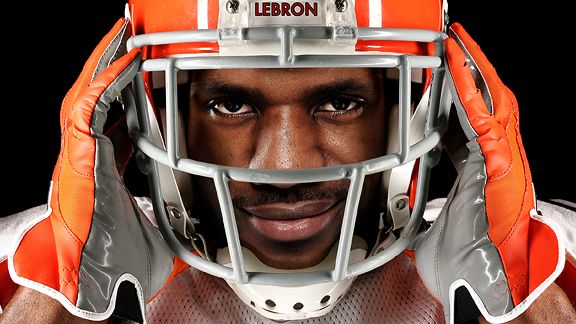 4. Rename Uno Chicago Grill (formerly known as Pizzeria Uno), “Seis Chicago Grill” to recognize LeBron’s new jersey number, 6.  James will be honored with his own personal pizza, “The Chosen Pie”: a 3D pie in the shape of a basketball stuffed with cheese,  pepperoni, and the tears of Bulls opponents that have fallen victim to another LBJ triple-double.

5. Just like Michael Jordan had Scottie Pippen, LeBron will have his sidekick in All-Star point guard, Derrick Rose.  Now all ‘Bron will need is a goofy big man like Luc Longley or Bill Wennington.  I think this dude below will do just fine:

Tomorrow we will conclude our “Courting The King” series with a trip to the City of Angels to see if LeBron can inject some life into the laughingstock of an organization known as the LA Clippers.

EXCLUSIVE PODCAST – Fightin' Words: Mixing It Up with Bryan Alvarez