Dispatch is Back With a New EP: The First in 11 Freaking Years! 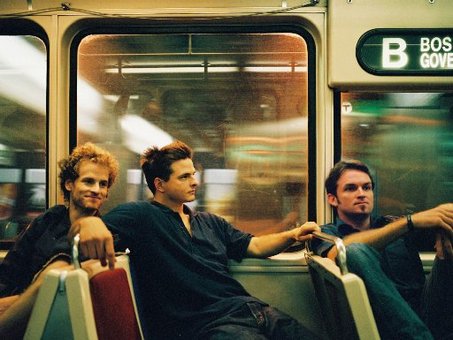 The youngest readers out there might not have any idea what I’m talking about, but maybe it’ll be enough to get you interested. Years ago, an amazing band called Dispatch found fame without the help of record labels; purely on the power of word-of-mouth. That might not seem like much of an achievement now, considering the viral abilities of the modern Internet, but these guys survived solely on their musicianship and some of the earliest forms of peer-2-peer filesharing like Napster and LimeWire. Their following grew and grew until they went on a “permanent” hiatus in 2004. We all know how well that works out (look at Phish, Eminem, Jay Z, and any other musicians who “retired,” only to come back not too long after). They played a few benefit reunion shows at Madison Square Garden in 2007, and then silence. Now they’re back with a new EP, which was literally just released today. So to new listeners and Dispatch fans alike, check out one of the new songs after the jump and support the band by buying the album on iTunes!