David Dann: Coming to a Campus Near You, This Semester 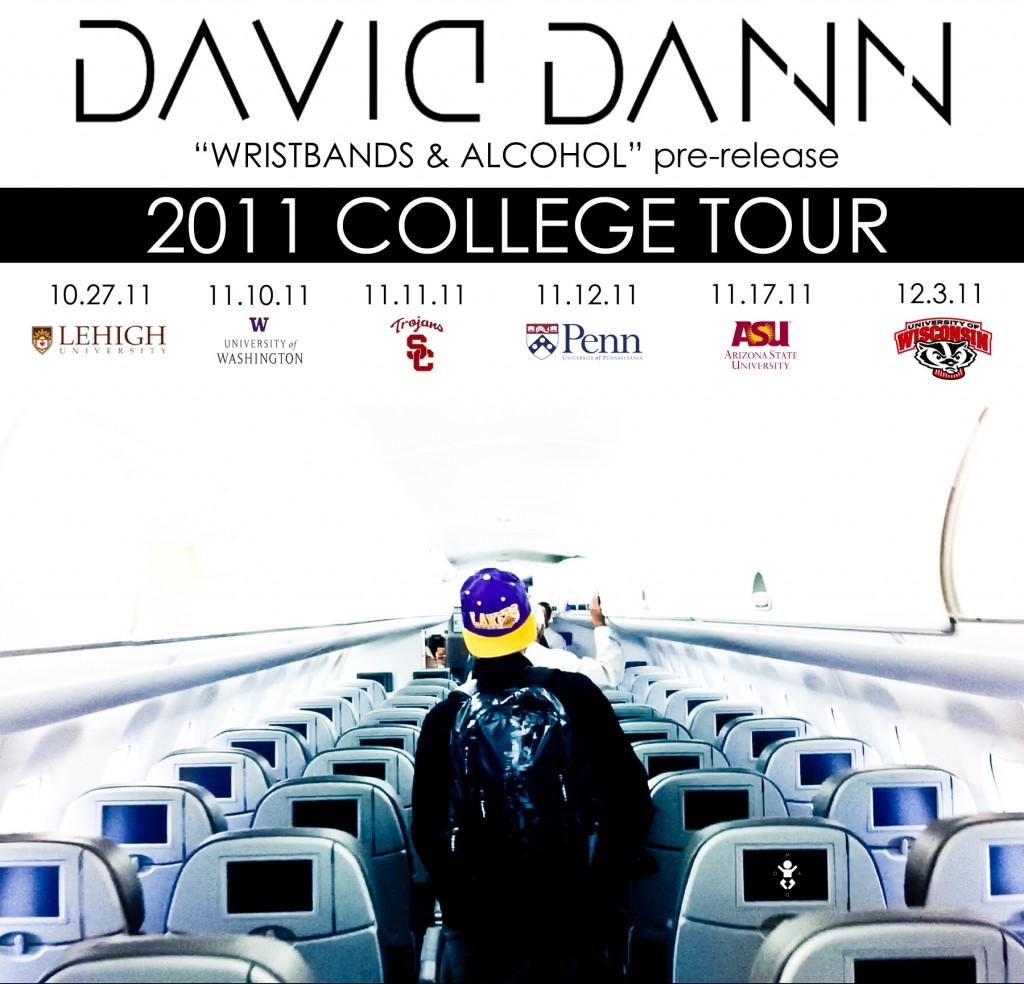 As we approach the last few months of 2011, we get closer and closer to the release of David Dann’s debut album “Wristbands & Alcohol.” In support of the upcoming release, Dann has announced a college tour, hitting 6 of the most awesome schools across the country. Check out the flyer after the jump for dates and more info.

The most recent signee to AMonly, David has joined the likes of Tiesto, Above and Beyond, and ATB on the one of the top rosters in Dance Music today. “Balancing UCLA, being on the road constantly and finishing up this album all at the same time has been quite a difficult task for me, but I wouldn’t have it any other way” Dann says. With that being said it’s fairly obvious his passion lies in one thing and one thing only: the music.