Don’t Forget to Bring a Towel: May 25th is Towel Day

Lifestyle by Kathrina on May 25, 2011 add comment douglas adams hitchhiker's guide to the galaxy may 25th towel day 1331 views 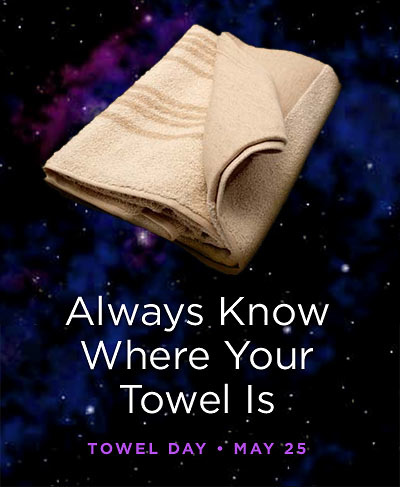 Memorial Day is quickly approaching, which means the summer’s first beerbeques, beach visits, and illegal (or legal, depending on where you are) fireworks. But before Memorial Day is a lesser known holiday that comes every May 25th: Towel Day. And how appropriate it is, considering that summer is just around the corner, and it’s prime towel season. Why is today Towel Day? Find out after the jump. 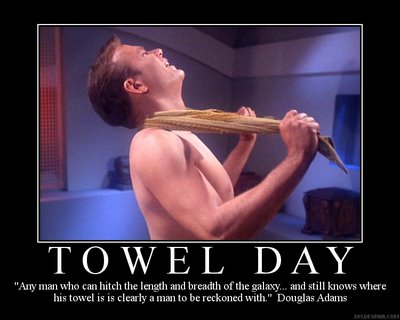 No, it’s not in celebration of Towelie, despite the deceiving headline of this article. May 25th commemorates the death of Douglas Adams, the author of The Hitchhiker’s Guide to the Galaxy. The famed author passed away on May 11, 2001, and sure enough, fans of his work celebrated the first ever Towel Day two weeks later. It’s been a tradition for the past ten years now, and is becoming a huge trend through social networking platforms like Twitter. 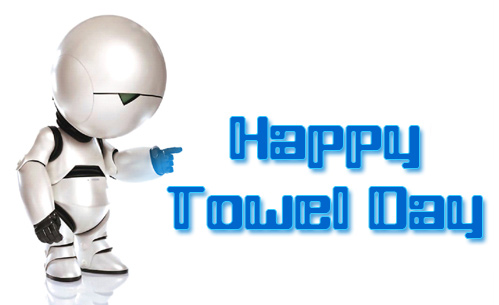 Why are towels significant? What do they have to do with this author’s life? Well, the main virtue of The Hitchhiker’s Guide to the Galaxy is to never forget a towel, because it could come in handy if you’re in a pinch. Not just for drying oneself, but for fighting off alien beasts, sleeping under, covering your head, and using as a mask to avoid breathing in noxious fumes. Now, I highly doubt you’ll run into most of these situations, but you never know – So you may as well come prepared.

So socialites, make sure to towel up today, and for the rest of Memorial Day weekend. Happy hitchhiking!