Down Goes Frazier: Sad Day For A True Champion (Video) 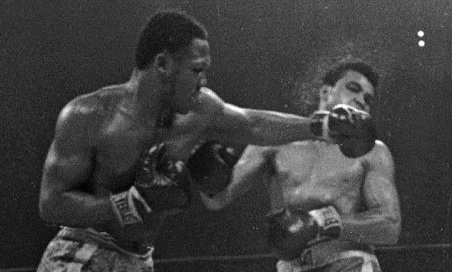 They say the reason Boxing continues to fade today is because the Super Fights, the ones that put legend against legend, the unbeatable against the even more unbeatable, are a thing of the past. While Manny Pacquiao and Floyd Mayweather bitch and moan about steroid tests, and revenue shares, the legends of Muhammad Ali and Joe Frazier live on. Two guys who dominated the Heavyweight Division and came together for three different fights, just so nobody could ever doubt who the true champ was.

In a depressing turn of events, Joe Frazier succumbed to Liver Cancer late last night. He was only 67. Joe Frazier’s epic career might be just a bit before your time. Here are the brass tacks: He had 32 Wins in 37 Fights with a scary 27 Knockouts. He fought Muhammad Ali 3 times. He won the first one, but lost the next two, however, all 3 were vicious battles to the bitter end, and against Ali that’s saying a lot. Oh, and he had the best Left Hook in Boxing history. Uncontested. Check out the video above to see Joe at his best, kicking ass, taking names, and Left Hooking his competition to the mat. True Champ, True Socialite.