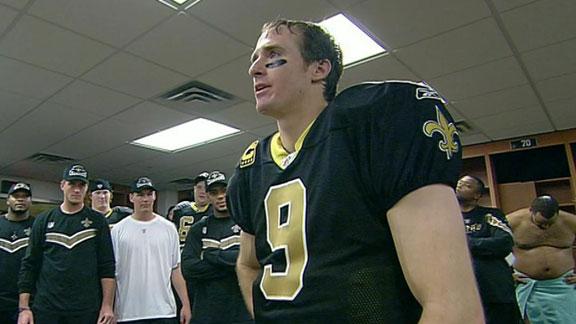 We couldn’t ask for a nicer guy or bettet picture of the perfect athlete than Drew Brees to break Dan Marino’s Single-Season Passing record. A few years back this guy wouldn’t even garner a mention in a conversation about the greatest Quarterbacks in the game, but he strapped up, got better every year, won a Super Bowl, and is now the official holder of one of the most sought after records in Football. The speech could have been better but Brees’ public speaking ability is not something we would put a lot of stock in. We’re just happy to be able to participate in his moment. Who Dat?!?