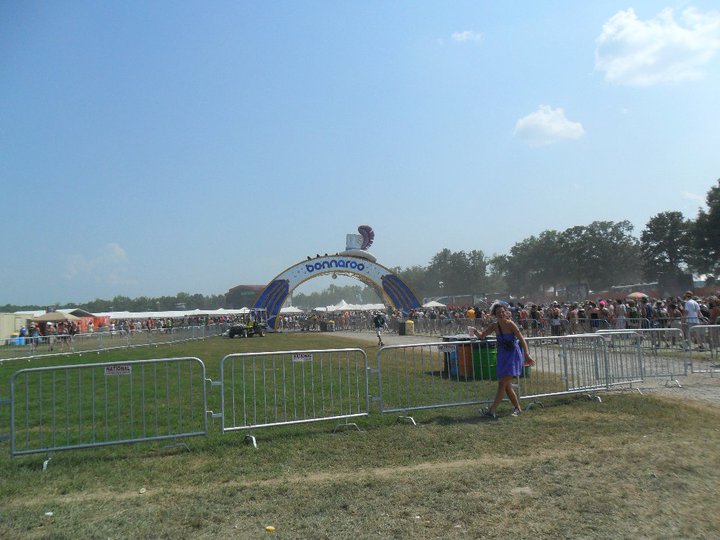 After months of preparation and anticipation, Bonnaroo ’11 finally happened this past weekend and was everything I imagined it would be and more. The best way I can describe it is a weekend of drugs, dirt, and destruction. My friends and I anxiously left our house in New Jersey, Tuesday night around 11 and drove through the night for a 13-hour painkiller induced haze of a ride to Atlanta. We decided to spend the night with my parents, who hooked us up with mad food and supplies, which were clutch all weekend. Thursday morning, we finally left for Bonnaroo and made it there by 1. Our next mission was to set up the tent, scope out the neighbors to make sure they were chill, and smoke a fat blunt. Thank god we got awesome neighbors from Manhattan that we chilled with the entire weekend because everyone else around us were complete toolbags. Suffice to say, Bonnarroo was fucking amazing. 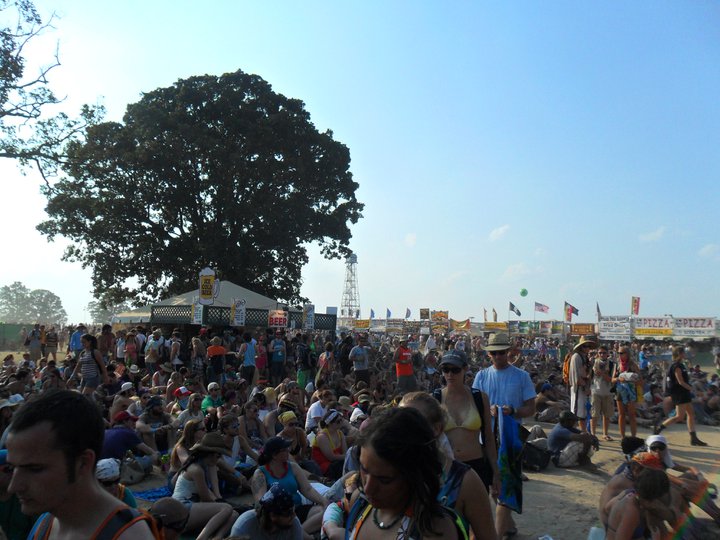 The first night the shows didn’t start until later so we hung out at camp, drank a lot and then went down to centeroo to check everything out, and let me tell you, it was pure madness. I cannot emphasize enough how many fucking smelly, sweaty, drugged up people there were there and I fucking loved it.. We caught most of the Sleigh Bells show that first night, and they were really sick. Then we waited in that tent and saw a new band I’d never heard called Beats Antique. In my drunken state of course I lost my friends in the crowd and had no phone so I decided to wander around alone and check out some other acts. I ended up going over to Childish Gambino for a while and listening to him; he was pretty sweet too, but the first night was definitely a mellow night.

Friday was by far the most ridiculous day of Bonnaroo. We woke up at the crack of dawn because our tent was 400 degrees and just sat outside under the shade trying to get a couple hours of sleep. We just hung out all morning and smoked a lot, blew some painkillers, chugged some beers and played in the hose by the camp. Around 2, we headed down for centeroo and saw Matt & Kim play. I’ve never seen them before, but they were absolutely amazing live and totally got the whole crowd into it. 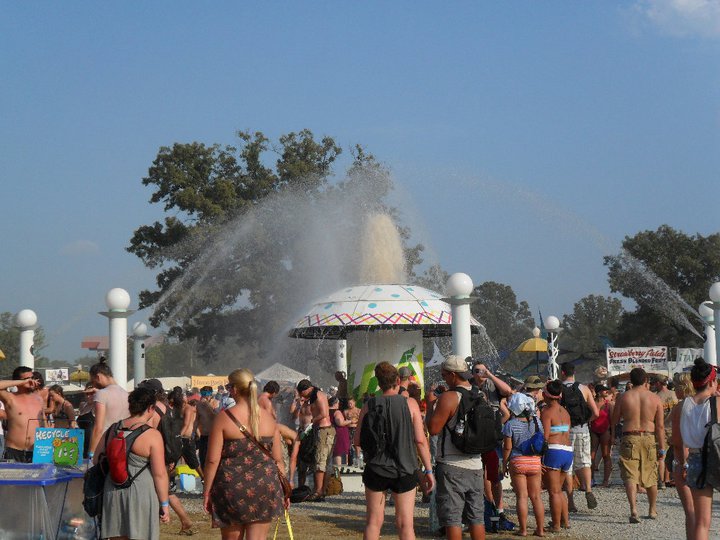 After them, we stayed in the same tent to catch Atmosphere and Florence + the Machines, who were fucking good too. Then we headed over to the main stage to see My Morning Jacket, one of my favorites, and they were absolutely amazing. After My Morning Jacket, the real fun began. We camped out in Bassnectar’s tent to make sure we got way up front. About a half hour before he started, we all took some ridiculous Molly, smoked a J, and waited for the fun to start. I cannot explain the madness of Bassnectar. He absolutely destroyed the crowd and everyone went insane. It was by far the sexiest, most epic show I have ever been to. Words can’t even describe what it was like to be there. After that we took turns going between Pretty Lights and Shpongle, who were both fucking amazing too. They were raging until the sun came up. We checked out Ratatat too, but I’m not a big fan, but Pretty Lights is definitely one of my favorites.

Saturday we lucked out by finding this guy selling some crazy Opium and I’ve never tried it before so we picked up some and turned our tent into an Opium Den and got really fucked up before going to see our first shows. We checked out a lot of the random shit that day like the small tents, silent disco, fuse lounge, etc. Then we headed over to see Mumford & Sons (also fantastic) before going to the main stage for The Black Keys and Eminem. Everyone who played that day was sick too, but it was more mellow of a day so instead of raging I just smoked my ass off and straight chilled at all the shows. Later that night we went back to camp and got belligerently drunk before seeing The String Cheese Incident, Scissor Sisters, and finally Girl Talk, our main show of the night. Girl Talk was pretty crazy too and after almost getting into a fight with this dumb bitch we all danced our asses off. We also stayed at Gogol Bordello for a while after and they were pretty out of control too. 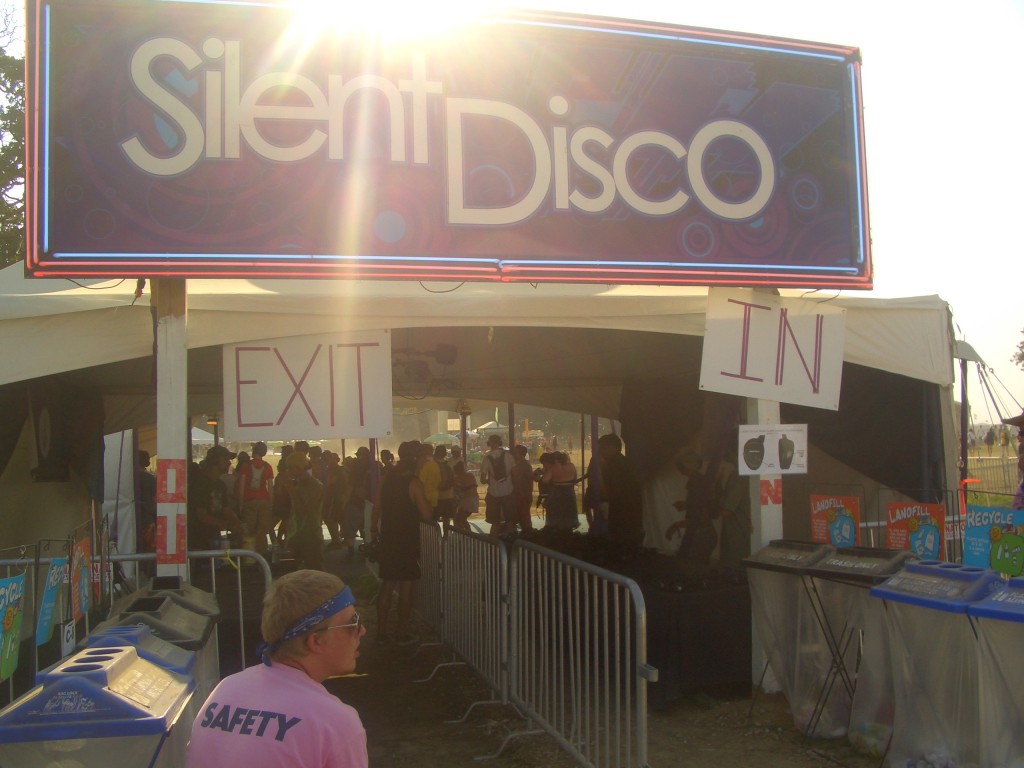 We had to leave early Sunday morning because we all had to be back for work Monday morning (fucking sucks I know). I didn’t get to see any shows that day even though I really wanted to check out Explosions in the Sky, Neon Trees, and The Strokes, which sucks I missed them all. At the same time, it was definitely nice having some air conditioning after sweating my ass of for four days. After another 14 hour drugged up car ride, we finally made it back to Jersey and Bonnaroo was officially over. It was one of the most ridiculous and epic weekends of my life and I loved every minute of it. I’m so glad that Bonnaroo was just the kick-off to summer festivals and I have so much more to look forward to.

A Shot of Yager: Everybody Hoops Returns w/ an NBA Playoff Wrap-up