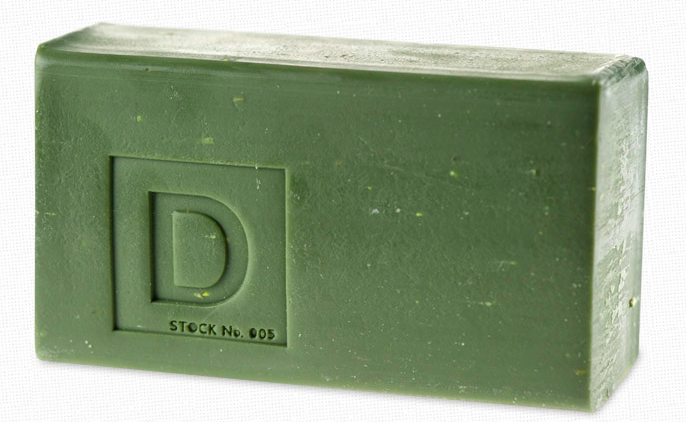 Duke Cannon is modeled both in look and functionality after the “Brick” style of soap used by GIs during the Korean War. It’s even manufactured in the same factory that was used to mass produce that battle soap during the Cold War. Not to mention, if thrown hard enough, it could be a weapon in itself. If that’s not manly, then you’ve been watching too much Bravo. Don’t lie. 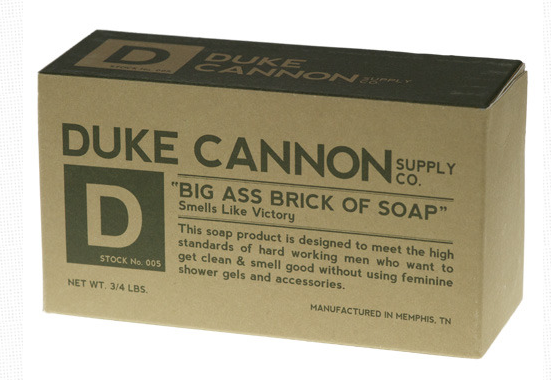 Not only does Duke Cannon clean your dirty ass up, according to the website, it’s actually a cure for a horribly destructive disease that has swept through the male population in the 21st century: Mangina. Luckily, Duke Cannon has published some interesting literature on this tragic illness, including symptoms and how it can be cured. Basically, toss out the Lavender-scented White Rain and get yourself some real soap.

All in all, we love the concept, we love the marketing, and we love the tact, so we’re giving Duke Cannon the Socialite Seal of Approval. Besides, I don’t know what else is laying around in that military factory. Get it here: Duke Cannon Supply Co.