With the arrival of E3 2014, Nintendo has finally unveiled their first substantial glimpse of the legendary fighting title. The long awaited fourth installment will debut on the Wii U. As fans of the series will agree, the wait for a sequel has been too long. The console has already been on the market for over two years, so this release is meant to give the system a boost at a critical time when the Wii U is being threatened to fall into obscurity while Xbox One and Playstation 4 march on. This overview explores what was unearthed about the upcoming brawler.

The visual beauty of the title swept convention attendees off their feet. Mario’s league of battling buddies has been reunited in beautiful detail. At 60 frames per second, these combatants have never been rendered so smoothly. The stages still make the most viscerally powerful impact at this interval of promotion. Sparkly levels include trips to the “Super Mario Galaxy” and “The Legend of Zelda.” Over 30 characters from Nintendo’s various franchises will be presented in high definition. Considering the game’s rough-and-tumble demeanor, it’s surprising to see such magnificent fluidity. Crystalline clarity was the key takeaway from the game’s showfloor display at E3.

Nintendo is still being incredibly secretive about the complete cast, but they used E3 to announce the inclusion of a major new fighter: Pac-Man. As the demonstration revealed, his swift attacks consist of eating pellets to gain strength and throwing colorful fruits. The infamously nimble-footed gobbler fits perfectly into the already established balance on the roster. Pac-Man’s inclusion could attract a wide demographic of arcade gamers that have remained unacquainted with Nintendo’s furious fighting franchise.

The game functions remain faithful to the same basic format that launched on the Nintendo 64 in the late 1990s. Every Nintendo console controller can be directly integrated with the game ranging all the way back to the Gamecube. E3 featured gameplay using the GameCube controller, and it’s yet to be seen how the Wii U’s secondary video screen will be accommodated. It may enable unique approaches and strategies for players with different hardware. The simplicity of design has not been tampered with, so faithful followers of the series won’t miss a beat. People that have not played in over a decade will be able to pick up where they left off.

Overall, the game is one of the stand-outs of E3, and one we can’t wait to get our hands on. One thing we can ascertain is that Nintendo still truly knows how to build hype. Smash Bros. for Wii U will be the most anticipated release of the season for many gamers. E3 has shown Nintendo’s fans that the wait will be worth it. 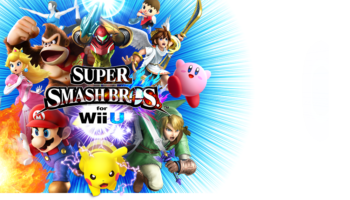