Did you miss the excitement buzzing around Sony PlayStation at E3 this year? Here’s a recap of the biggest announcements from the Sony press conference, including much awaited news about a popular trilogy.

If you’re a fan of Jurassic Park, or the folks at Guerrilla Games, then Horizon: Zero Dawn is one to watch out for. This forthcoming game features something of a robot-dinosaur hybrid storming through desolate landscapes. The player’s aim is to hunt down these killers with a bow and arrow while avoiding imminent death.

The Street Fighter series is much beloved by PlayStation gamers, and we haven’t been treated to a new game in several years. Street Fighter V is due out in early 2016, but PS4 players will be able to check out a beta starting this July.

Call Of Duty Is Back

Also at the Sony press conference, we got a look at Call of Duty: Black Ops 3. This one is coming soon, with a release date set for November 6th, 2015. However, that wasn’t all of the Call of Duty news: there are exclusive map packs being released for PS4, as well as an August beta coming if you can’t hold out until November.

While many of Sony’s announcements focused on games and series already well-known to PS4 fans, there were certainly a few surprises among the lot. One game that has piqued gamer interest is No Man’s Sky. Focused on a series of generated planets, it remains unclear exactly what the player does on those planets. Essentially, everyone’s still wondering whether this game will actually be any fun. The demo at E3 didn’t really answer that question.

Not all of the big news from Sony focused on the new. Indeed, one reveal that has gamers buzzing is the upcoming Final Fantasy VII remake. We don’t yet have a release date, but, while we wait, we have a World of Final Fantasy game to keep us busy. This game was announced as coming to PS4 and Vita in 2016.

Stepping outside of the gaming world for a moment, during the press conference, Sony highlighted its new PS Vue service. PS Vue is currently up and running in Los Angeles and San Francisco, but it has the potential to make a big splash in TV markets across the country. What sets Sony’s new service apart is that it allows users to subscribe to individual TV channels, rather than to a broader television service. The service comes at a discount to PS+ members.

The Last Guardian Is Here

Probably the biggest announcement out of Sony this year was the upcoming arrival of The Last Guardian. The Last Guardian will complete the trilogy successfully opened by Ico and Shadow of the Colossus. Gamers have been waiting for this final phase for years now, but they’ll have to keep waiting until 2016; that’s the most specific Sony’s willing to be about release dates at this time. Still, the demo at E3 made a huge splash and has anxious fans poised for its arrival.

5 Steps to Hosting a Sophisticated Event While in College 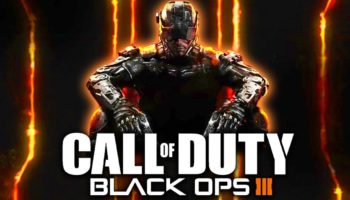