Exclusive Interview: Chris Webby on Signing a Record Deal, Best in the Burbs Tour, and Kicking a Freestyle 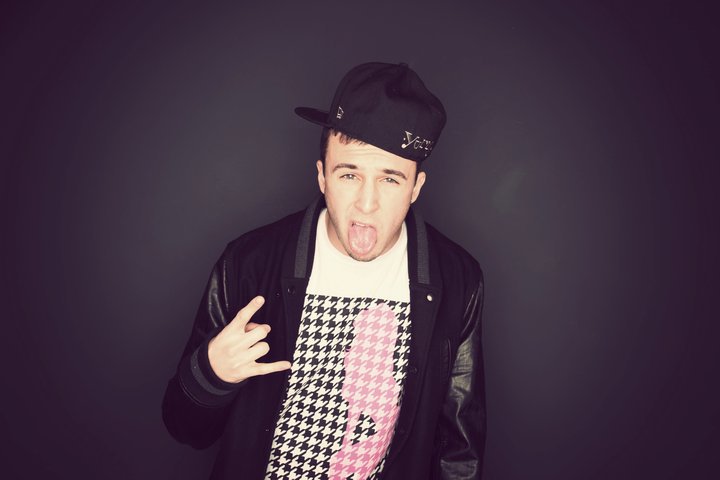 Last week we caught up with Chris Webby before his performance of a sold out show at The Middle East in Cambridge, Massachusetts. He just wrapped up his first headlining tour, which was named after his latest mixtape Best in the Burbs. We discussed his situation with record labels, his outrageously popular mixtape, and he even kicked an original freestyle for us at the after party. Check it out after the jump.

Julian Patterson: Right now we are hanging out on the Boston stop of the Best in the Burbs Tour… What’s it been like since you dropped the mixtape?

Chris Webby: Yeah, I released the mixtape Best in the Burbs last year on December 22nd. I guess it did really well. Now I’m on tour, which is fuckin’ awesome. The tour has been crazy so far. I’ve been getting a lot of love from every city. It’s kind of crazy actually because I haven’t traveled too far out of the Connecticut, New York, and New Jersey region thus far. I’m really starting to expand—today is Boston, tomorrow is Chicago, the next day is Michigan, the next day is New York City… 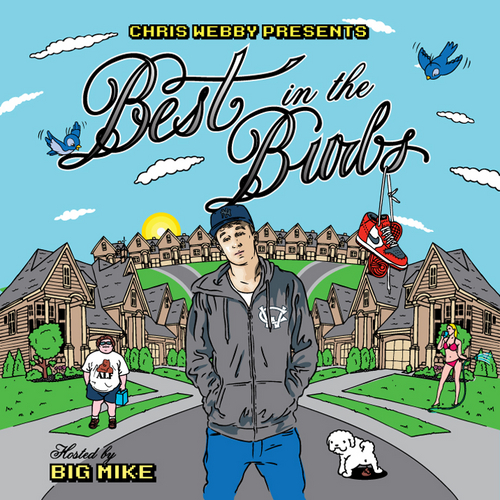 JP: So, you said the mixtape did “really well.” You crashed DatPiff.com…

JP: DatPiff the biggest mixtape archive in the world. No one has ever come close to crashing that website, not even the heavyweights like 50 Cent or Drake. How did it feel when you did the seemingly impossible?

CW: Honestly, I might be the most excited about that accomplishment as anything I have done in my whole career. The shit is crazy. When I got that phone call he was like, “you broke my website.” I was like, “what? Get the fuck outta here.” The website wasn’t working. No one could get the mixtape for a while. It did affect my downloads on DatPiff because the site was down for like an hour and a half or two hours. But thankfully, the people who had gotten it put it on other websites. But, just to be able to say that makes it worth it.

JP: So you are on the Best in the Burbs tour—this is the first tour you’ve done where you are the headliner.

JP: Well, you’ve done some spot dates and a lot of one-offs before. But this is your first tour. Do you feel any pressure to sell out every show in every city? Are you ever nervous?

CW: I’ve been doing shows for a very long time, so nervousness in terms of stage fright… I’m so used to it at this point, it’s almost second nature. But, I don’t worry about selling out venues. Fuck it, I’m getting paid.

JP: You do all your concert booking exclusively through NUE Agency…

CW: Yeah, shouts to NUE Agency. They’ve definitely been helping me out a lot. 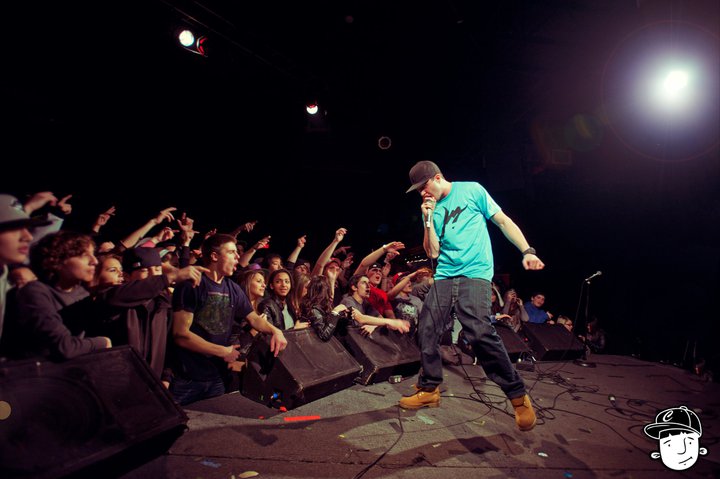 JP: Tell us your future plans. Maybe another tour?

CW: We’re definitely going to hit a lot of other spots. We’re going to start expanding south. We’re gonna hit up Texas, Arizona, and Florida just to name a few. With that expansion it’ll be dope because I’ll get to see parts of the country I’ve never seen before, which to me is going to be cool. I’m working on another mixtape, Webster’s Laboratory. And, I’m slowly compiling tracks for an album for an iTunes release.

JP: You worked with Statik Selektah on Best in the Burbs. Are you still working with him or are you working with other producers as well?

CW: I haven’t talked to Statik in a little bit. I think he’s touring right now, but I’d love to get back in the lab with him. I’ve already got a few samples in mind that I want to throw his way and see if he wants to fuck with them because he’s dope. That “Runaround Web” beat that he made was sick because I went down there and I was like, ‘yo, this song would make a hot sample. What do you think?’ And he said, “Let me fuck with it.’ It turned out to be easily the most pop relatable record on the mixtape. That’s what they’re playing in Connecticut right now. 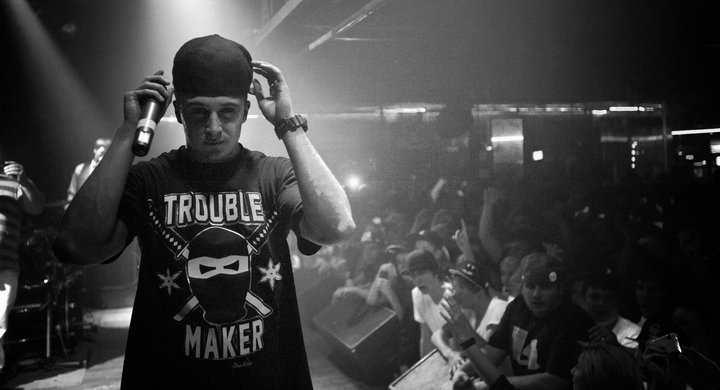 JP: You also had a feature with Big K.R.I.T. What was that like because he’s probably going to be on the cover of XXL Magazine this month. Will you guys link p in the studio again to knock out some more songs?

CW: I haven’t talked to him for a while. I’m down to work with certain artists, but I like to keep to myself in terms of features. I’m always down to work with people, but I hear something about collaborations everyday. It’s just getting to the point where I just stick to myself. Working with K.R.I.T. was dope because I’m personally a big fan. I think he makes some very interesting music—people haven’t quite understood it yet. He’s southern and he’s lyrical and his beats are crazy.

JP: You’re five mixtapes deep. Working on the sixth. You’ve got an album coming out. What the deal with labels? Anyone trying to holler at you?

CW: I can’t get too in-depth about that, but I can tell you that yeah, I’ve met with labels. Like, there are people interested. I’m waiting for either the right deal or I’m just going to do it by myself. If I’m not given the deal of a lifetime then fuck it. I honestly think I’d be able to do it by myself. I’m going to fuckin’ try it. Why not?

BONUS COVERAGE: Chris Webby Throws Down a Freestyle at the Afterparty

New Service DJtxt Allows Your Friends to DJ Your Party