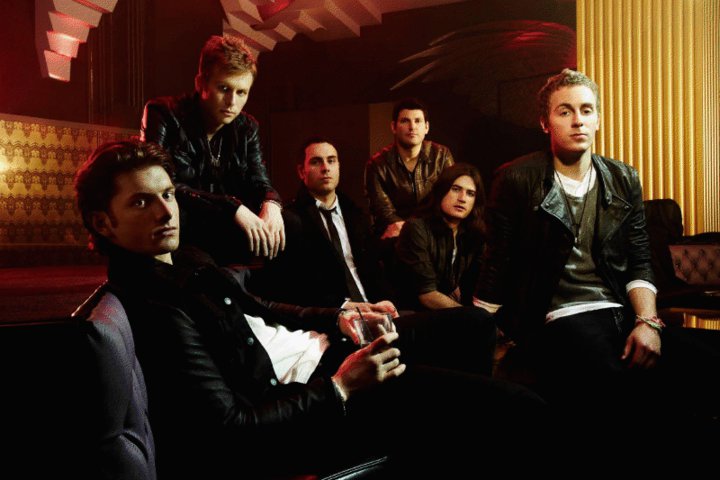 I had the opportunity to chop it up with 2AM Club, who released their debut album on RCA Records What Did You Think Was Going To Happen? in September 2010. They’ve been touring all over the country to promote their album and build their fan base. The band’s MC, Tyler Cordy, talks about drunken studio sessions, touring with Mike Posner and Far East Movement, and collaborations with Chiddy Bang.

Julian Patterson: How did you guys get together to form 2AM Club?

Tyler Cordy, 2AM Club: Two of the guys, Marc and Matt, are from Mill Valley, California. Dave and I grew up in Seattle, Washington. I met Marc in school down in California at UC Santa Cruz. While we were there, we decided to leave to focus more heavily on music. So that kind of brought us four together and we went to LA to start writing. We knew a base player in LA, who is our base player now, named Matt. We linked up with our drummer, Ian, when we were out in New York a few years back. We actually did most of the work on our most recent album, which came out this past September, in New York. 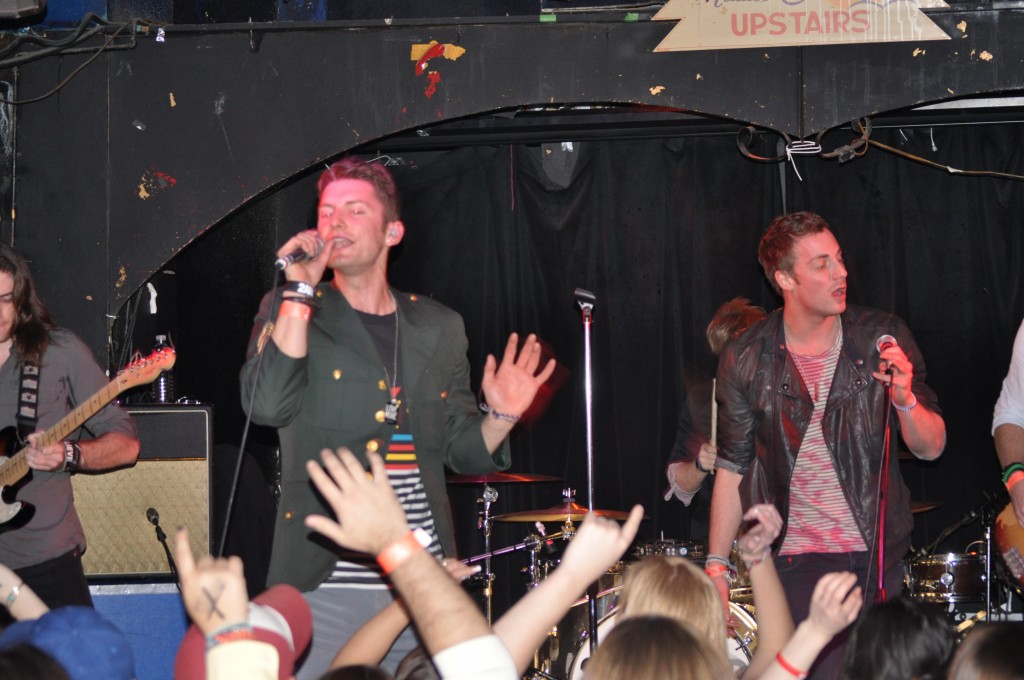 JP: What Did You Think Was Going To Happen? is the title of 2AM Club’s album for those of you who aren’t familiar. In my opinion it was secretly one of the best albums of 2010. How long did it take to record the album? What was the creative process like?

2AM: We had a number of demos and ideas outlined in Los Angeles. We had also written some stuff in San Francisco. When we relocated to New York, we had a studio in Brooklyn that we stayed in all day everyday during the winter of 2009. We wrote a million ideas and it was the first time for us working with a record label. So it was a balancing act of what we liked and what they liked, and we had to stay on the same page. There’s always a push and pull. But you want to make sure that the music you’re making is what you really want to perform on stage. So wrote and recorded a bunch of songs and we spent a lot of time picking and choosing which songs would fit best into a cohesive album, which is a lost art these days because the industry is dominated by singles, ringtones, and YouTube hits.

JP: I want get into the album briefly. One of the most popular songs you perform at your concerts is “Saturday Night.” What was the inspiration behind it?

2AM: It was one of those more spur of the moment kind of songs. We were out at the studio in Brooklyn were we’d spend long days and nights. Sometimes things like writing hooks and coming up with melodies wouldn’t develop and we’d say, ‘what are we doing? All this shit sucks.’ How “Saturday Night” came about—it was a late Saturday night and we had been drinking, and we all had kind of given up trying to come up with something for that particular studio session. We figured we weren’t going to get anything done for the rest of the night, so we just started jamming. Marc and Dave were on the piano and came up with this hook: “How many more Saturday nights.” It seemed like such a natural thing. We eventually brought it into the record label and everybody really loved it. I guess sometimes the songs that come effortlessly sometimes come out the best.

JP: Xphoon Jones of Chiddy Bang remixed a couple of your songs, have you guys talked about maybe collaborating one day to make an original track?

2AM: It’s funny because those guys travel so much and we’ve been touring so much that all those collaborations—we never sat in the studio. We never sat down and had a serious conversation about remixes really. I was home in Seattle one day; I think it was either the day before or the day after Christmas, and I was on Google Chat talking to Xaphoon about maybe doing a remix. Literally that day he came back with the “Nobody’s In Love” remix. I was like, ‘this is ridiculous.’ Blogs started to pick it up. People started downloading it. The same thing happened with the “Worry About You” remix. So, we’ve never got to sit down in the studio and record a record, but I’m sure we will down the road. And those guys are the shit. They’re so talented and I think they’re the next movement in pop music and hip hop music. 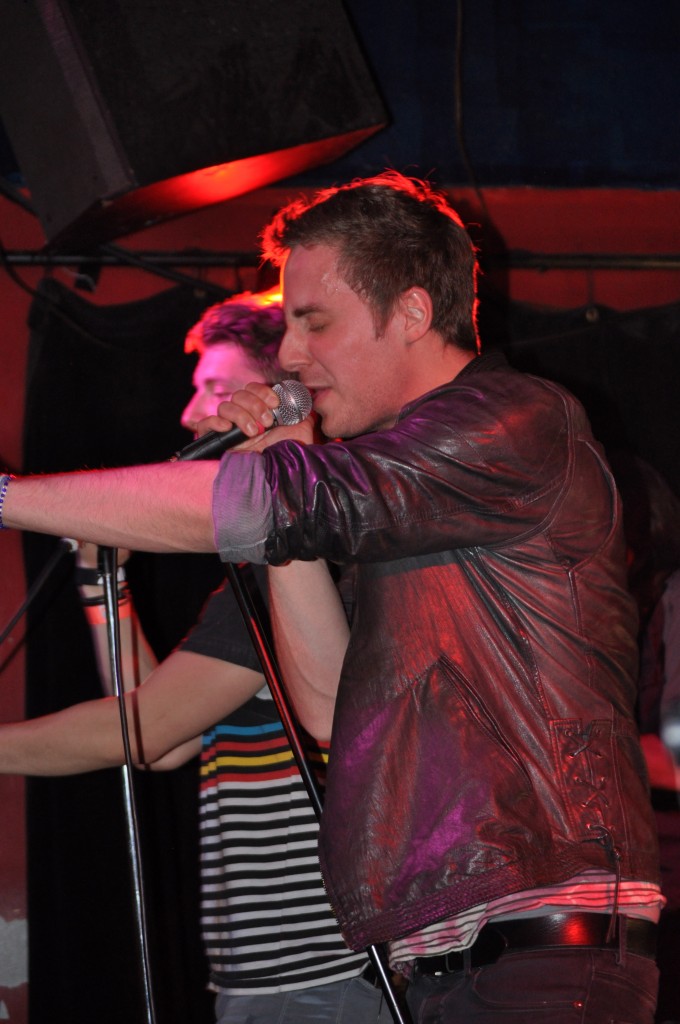 JP: You guys have been incorporating a couple new songs in your live set. Are you guys working on a new album?

2AM: We definitely have dug into some new ideas and demos in the last few months. We’re trying to figure out what we want the next batch of songs we release is going to sound like. We’ve been fooling around with the idea of maybe just putting out songs here and there. Hopefully we’ll get a couple tracks up on Facebook or Twitter for the fans.

JP: Have you ever been asked to be a guest feature on other artists’ songs?

2AM: Yeah, I’ve been approached on more than a few occasions, and it’s all stuff I’d like to do but I’ve kind of shied away from doing it because it’s important to build 2AM Club. Maybe down the road when we have established ourselves a little more then we’ll probably branch out and do some collaborations. There are so many people we’ve met just being on the road that we’d love to work with in the future. 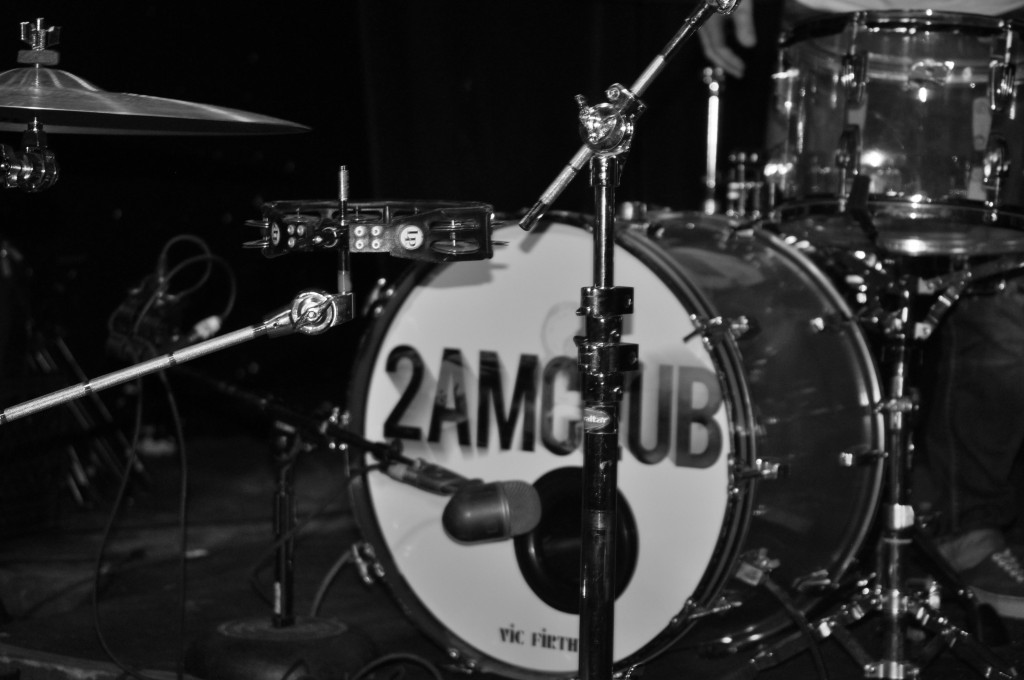 JP: You were on tour with Mike Posner’s Up in the Air Tour with Far East Movement, XV, Stephen Jerzak, and Bad Rabbits. That was without question one of the hottest tours of the summer. What was it like be part of such a major tour?

2AM: That tour was so dope. It was right when Far East Movement’s record “Like a G 6” was exploding. They are some of the nicest dudes you’ll ever meet. It’s good to know people who are ushering in this new era of pop music. We had known Bad Rabbits for a while; they are really close friends of ours. XV, it seems like we’ve done so many random tours off and on with him. So it was like a really big family experience. And, of course, we’ve known Mike Posner for a few years now. He’s such a talented dude.

JP: What are some of the showcases and festivals you’ve done in the past and what is it like to perform in front of so many people?

2AM: It’s such a funny thing when you go from playing at an intimate venue where it’ll be like 300 people then we’ll do a festival in front of thousands. We did the Virgin Music Festival up in Montreal and we there with New Kids on the Block. It’s different because you go from rocking a 20-foot stage to a 100-foot stage. But we try to be consistent, whether we are performing for 50 people or 5,000 people. We did a big radio festival for KISS 108 in Boston with Ke$ha, The Script, and bunch of other cool artists. We actually gained a lot of fans there because we play a lot of shows for college kids, but at KISS 108 we played for a more diverse crowd. In terms of the future, some of the festival overseas is definitely on our radar. In April we are doing Bamboozle with artists like Chiddy Bang and Wiz Khalifa. 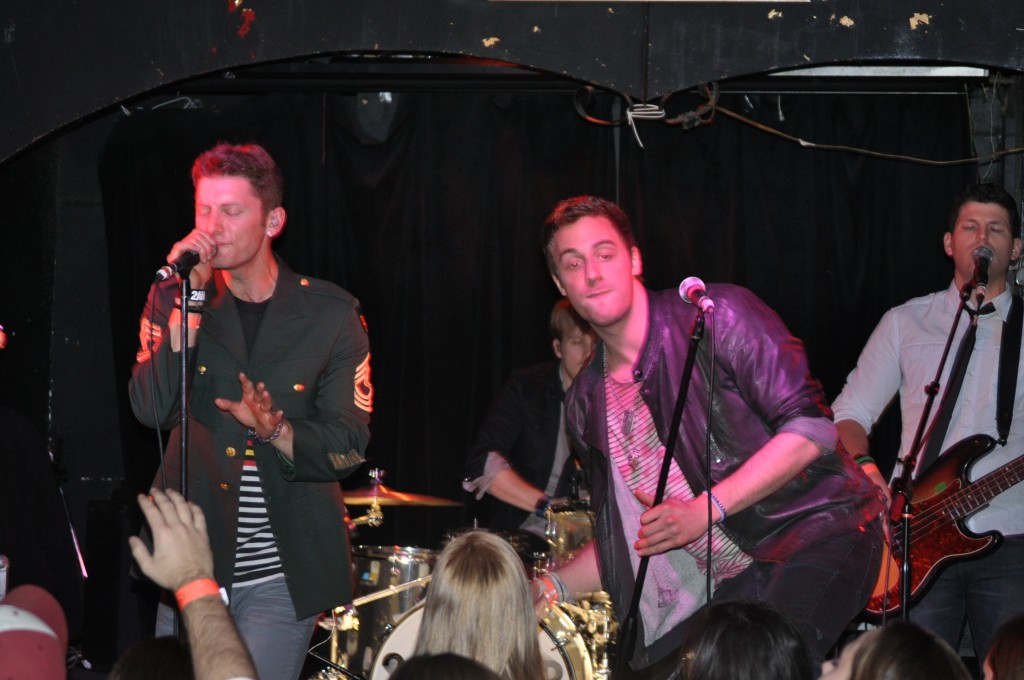 JP: In August 2010, you were the MTV PUSH artist of the week. What was it like to see yourself on the most popular cable network for a whole week?

2AM: It was almost a feeling like it’s not real. You just say to yourself, ‘this is a joke.’ We would see ourselves on tv and be like, ‘well that’s funy, we’re on MTV again.’ All of our friends would call us and tell us when they saw us on tv. It’s fun. It’s weird. It’s crazy.