So it’s Father’s Day and you are all probably thinking that your dad is the man (unless you are abused son John Bender in The Breakfast Club).  While I’m not doubting that your dad is a good dude, it is in everyone’s best interest to recognize some fathers that we all are familiar with thanks to their work on the silver screen.  Whether it is through laughter, adversity, or drama, these 10 famous dads have all left their mark at the box office and have taught audiences some invaluable lessons about the joys of child rearing.  At the risk of sounding too sappy, let’s just dive right into the list of top 10 Hollywood dads. Jack Byrnes is every prospective groom’s worst nightmare – a snooping, cat-loving ex-CIA agent. Yet, in the hands of De Niro, this massively overprotective future father-in-law comes off as more than just a buffoon. Does it get any better than the dinner table awkwardness that follows De Niro’s classic delivery of “I have nipples, Greg, could you milk me?”

The minute he opens his mouth, you just know that motivational speaker wannabe Richard Hoover’s dream of becoming the next Tony Robbins isn’t going to happen. But does that stop him from helping his daughter Olive to try and achieve her own improbable dream? If it had, this great movie would have been only 10 minutes long. But the ability to watch your own aspirations crash and burn and still inspire your child to give it a go – that’s part of being a good dad.

GREAT MOMENTS IN PARENTING: Jumpstarting a minibus all the way from Albuquerque to Redondo Beach goes way beyond the call of parental duty.

Sean Penn plays a mentally challenged man who seems, despite his diminished capacities, innately programmed to be a good father. But around the time the intelligence of his young daughter (Dakota Fanning, in one of her first major roles) begins to exceed his own, social workers try to take her away. He struggles to keep her, never losing his prime directive of doing what’s best for his child.

GREAT MOMENTS IN PARENTING: Penn’s character has the good sense to realize that an agoraphobic friend – who, of course, never leaves home – will make the perfect babysitter.

Robin Williams, a divorced dad with minimal visitation rights, makes the ultimate sacrifice in order to spend time with his kids: he becomes – non-surgically – an absurdly manlyBritish(ish) nanny. (Picture Mary Poppins as played by James Gandolfini.) Although it’s all just a platform to let Williams cut loose, the film hinges on a father’s urgent need, at any cost, simply to bask in the presence of his children. 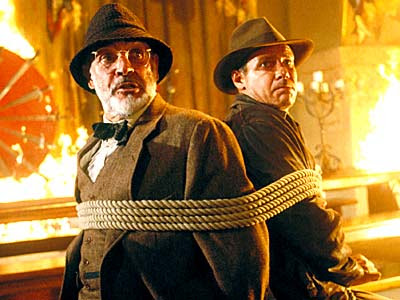 Henry Jones Sr. was never much of a father to Indiana, but, as so often happens in the movies, the paternal fires are kindled by the heat of action. And another kind of connectio – a slightly creepier bond – is formed when it turns out that both have been romantically involved with the evil but alluring Dr. Elsa Schneider. (No, not simultaneously, for gosh sakes – it was a PG film.)

GREAT MOMENTS IN PARENTING: Henry Sr. convinces Indiana to let go of the Holy Grail in order to save his life by calling him “Indiana” rather than the disparaging “Junior.” When his wife, an aspiring author, leaves on a book tour and he’s put in charge of their 12 – count ’em, 12 – children, Martin’s inability to cope leads, inevitably, to just the sort of anarchic slapstick you’d expect. Most of the movie dads on this list struggle to raise one or two children, let alone 12. Heck, Martin himself felt the strain in Parenthood and two Father of The Brides. Still, in terms of fatherhood skills, this one might be a case of quantity triumphing over quality.

GREAT MOMENTS IN PARENTING: Martin quits his job to spend more time with the family.

As Jason Biggs’s father in this humongously successful franchise, Levy’s main function is to be sensitive and supportive – and to somehow desperately mask the look of absolute mortification that his brain is insistently pumping to his face on the numerous occasions he interrupts his rampant son in the physical act of self-love.

GREAT MOMENTS IN PARENTING: Ain’t it obvious? Levy, possessing two of the most mesmerizing eyebrows since Groucho Marx, somehow manages to keep those bushy caterpillars in check and to convey a measure of compassion during the notorious “pie pokin’” scene.

Clark Griswold (Chase) may not be the luckiest or cleverest dad on this list, but he’s probably the only father in moviedom who will not only overcome every obstacle the American road can throw at him and get you to Walley World, but also force them at gunpoint to open the place just for you when it turns out to be closed for maintenance.

GREAT MOMENTS IN PARENTING: “Everybody in the car… or perhaps you don’t want to see the second largest ball of twine on the face of the earth, which is only four short hours away?”

Based on the true story of homeless dad turned millionaire stockbroker Chris Gardner (Will Smith), this one gets a paternalistic jump-start from Gardner’s young son, Christopher, being played by Smith’s actual offspring, Jaden.

GREAT MOMENTS IN PARENTING: Smith rants at his son’s day-care center for misspelling “happiness” on a mural – thus this “proofreader’s nightmare” of a title.

Sandler scores one of his biggest hits when his patented man-child persona is forced to grow up and raise a little boy. Try to watch this movie without crying, I bet you’ll be reaching for your pair of invisibility sunglasses in no time.

GREAT MOMENTS IN PARENTING: Sandler takes great pride in teaching the kid how to “hock a loogie” and inhale the spit back into his mouth before it hits the ground.

This list profiles just 10 of the dozens of great movie fathers.  If you have a favorite film dad that you would like to pay tribute to, let us know in the comments section below.  Happy Father’s Day! 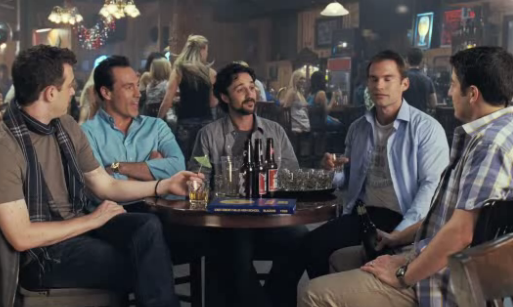 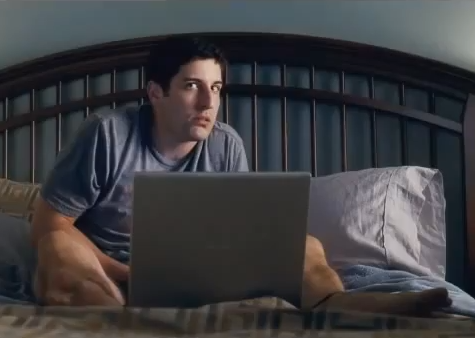