Fight Now TV: All Fighting, All Day, But No UFC Yet 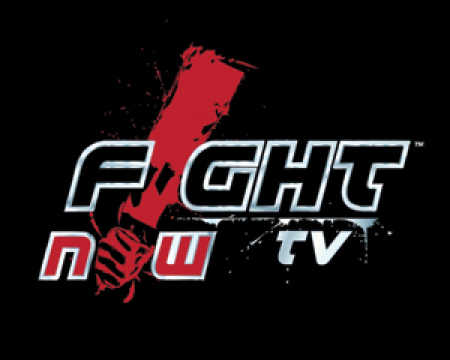 The rise of Mixed Martial Arts in America is something to note. The obsession started with the launch of UFC 1 on November 12, 1993. In the beginning, UFC was a tournament involving masters of different fighting disciplines fighting each other to see which style would overcome the rest. The tournament was a no-holds barred blood bath, with fighters matching up against opponents twice their size, with no formal training in defending themselves against the opposite martial art. I believe John McCain called it “Human Cockfighting.” None the less, Mixed Martial Arts, now with actual rules and weight classes, has surged to become one of the most popular sports in America. With new organization and attitude, the sport has truly taken the world by storm. Despite it’s huge popularity, there are still frontiers to conquer, and today, MMA has acquired yet another asset: It’s own 24 hour TV network. The bugs still need to be worked out but this could be an enormous catalyst, and could take MMA to the next level as a respected sport. If of course, they can strike a deal with UFC.

The network will be called Fight Now TV and comes to us after 2 years of planning and execution. Although the main focus will be MMA, the channel’s dedicaion will be to all combat sports including boxing, grappling, and kickboxing, three sports in much more dyer need of fans than MMA. As a huge boxing fan myself, my hope is that the channel makes the sport more accessible, both for the watching and understanding of the casual fan. Anyone who also enjoys boxing knows that the giant mash-up of 3 plus titles, countless weight classes, and cluster-fuck of fighters and events could use some serious grounding, and as much as I hate to admit it, the publicity that comes with attaching itself to the much more popular MMA. Apparently Manny Pacquiao isn’t enough nowadays. 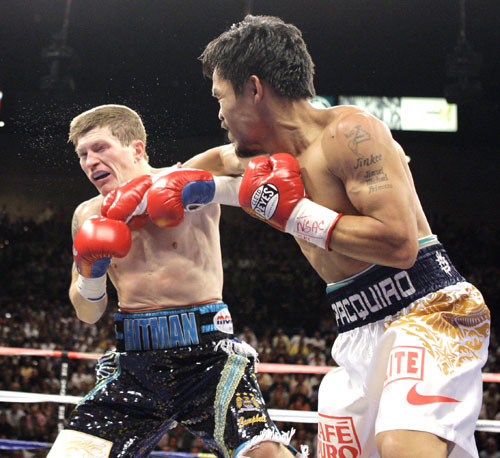 According to owner Mike Garrow, the network has already made deals with a multitude of companies and promotions. They have also acquired the rights to historic events and can offer retrospective views of current superstars. Unfortunately, these said historic events can only chronicle time periods ranging up until the featured fighter put his first foot into the UFC Octagon, and in order to truly be succesful, this will need to be remedied as soon as possible. The idea of a 24 hour fight network having no direct coverage of the biggest organization in the space is simply put, silly. As of now, the network can cover UFC, as well as Strikeforce, Bellator, and DREAM, to the extent of news programs, interviews, and behind the scenes type programming. No actual fights though.

If Zuffa, the parent company of UFC and Strikeforce, doesn’t decide to launch it’s own 24 hour channel (a distinct possibility), Fight Now TV has a shot. UFC legend and Hall-of-Famer Randy Couture is a minority owner of Fight Now TV and this could prove to be a huge asset for the network going forward. Couture’s connection to UFC transcends his role as a fighter. Randy not only won belts in multiple weight classes, but has been an ambassador of, if not the face of the company and the sport. His presumably amicable relationship with UFC President Dana White could positively affect the negotiations. 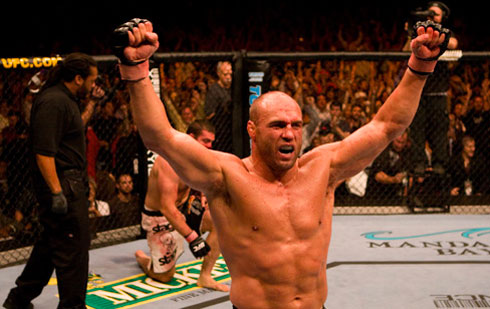 The network will initially launch only on Cablevision, a company housed in New York, a state that does not recognize MMA as a legal sport. Ironic, no? Anyway, the outreach isn’t great right now, but with MMA’s mass popularity in basically every state, it won’t be long before it is available everywhere. They’ve made a fan out of me too, if it’s worth anything. That having been said, in order for this network to be successful, they have to get UFC on board. Is it cool that I can now watch MMA without spending $50 on a Pay-Per-View or hanging out in an Applebees for three hours? Hell yeah! But UFC is the pinnacle of the sport. It has the best fighters, the best match-ups, and it’s the company that brings the casual fans. A fight channel without it is worthless, even more so if UFC decides to launch it’s own network. At that point you could kiss Fight Now TV goodbye. For now though, enjoy the fights and hope for the best. Watch some boxing too, fight fans. You won’t regret it.

The World’s Most Epic Cover Letter